The South Korean girl group Blackpink is now on its second global concert tour supporting its second Korean studio album, Born Pink.
As a part of the Born Pink World Tour that started on 15 Oct 2022 and ends on 21 Jun 2023, Jisoo performed "Liar" as part of her solo act of the show. For her "Liar" solo performance, she called Camila Cabello to join the stage. 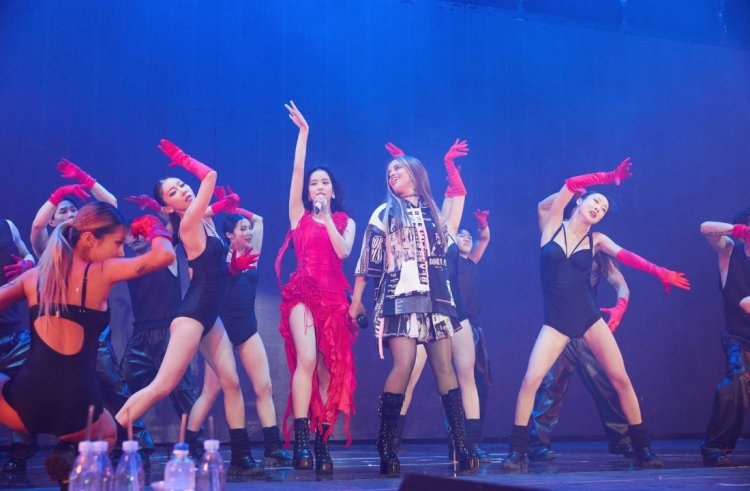 Camila Cabello and Jisoo rocked the Blackpink concert in Los Angles last Saturday, and Camila took it to her Instagram feed and uploaded a picture of Jisoo and herself sharing the stage for the song “Liar” and captioned the picture as

"Had the best time singing Liar with you @sooyaa_!!!! Thank You for having me @blackpinkofficial."

Jisoo and Camila performed the song "Liar" from Camila's Romance album, which topped its highest rank on the Billboard 200 list in 2019 at No. 3. To meet the occasion at Banc of California Stadium, Cabello wore a specially made Blackpink costume, and Jisoo adored in a red sleeveless.

Fans got super excited in the comment section, and a fan wrote,

"Such an amazing performance. BLINKs love you CAMILA! One of the best collab stages ever …You guys killed it!"

"need to see Liar remix with @Camila_Cabello and Jisoo."