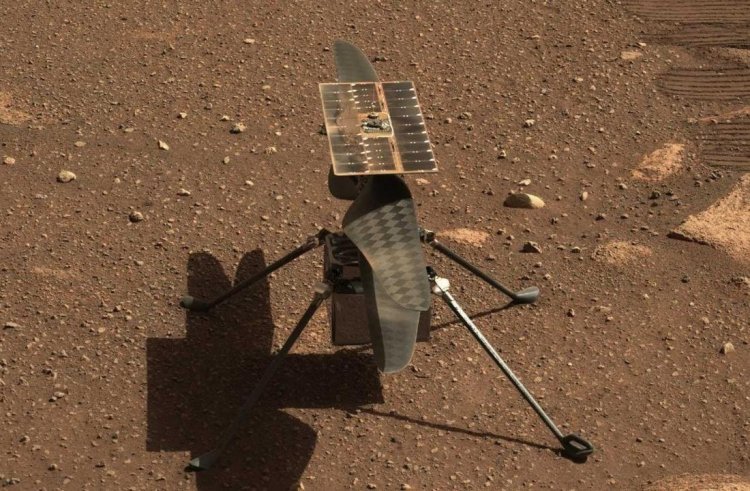 The object resembles a crashed flying saucer on Mars. And it is. However, it is not alien property. Rather than that, NASA is responsible for the wreckage, which is a component called a backshell that detached during the Perseverance rover's February 2021 landing on the red planet's surface."There is unquestionably a sci-fi quality to it," Ian Clark, an engineer who worked on Perseverance's parachute system, said of Wednesday's images. "Doesn't it exude an otherworldly aura?"After a year spent studying the crater's rocks, the Perseverance rover passed close to its landing location on its way to a river delta that formerly flowed along the crater's western rim. 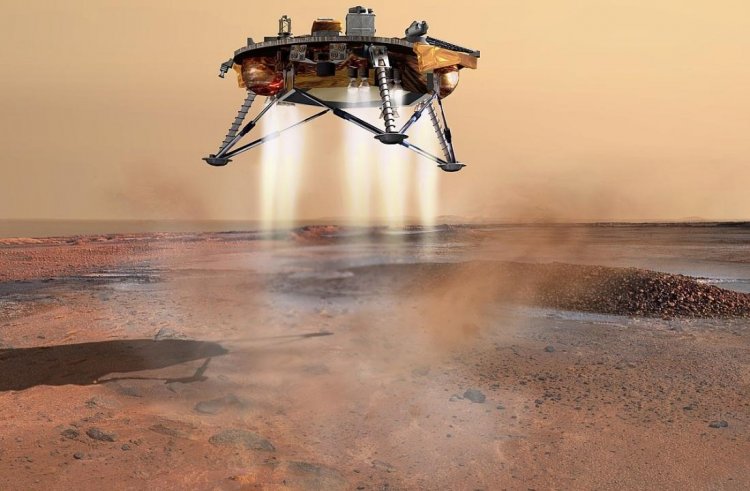 Ingenuity, the rover's diminutive robotic sidekick, continues to trail along. Ingenuity snapped ten photographs during its 26th journey last Thursday, covering 1,181 feet in 159 seconds. These images depict the backshell, or upper half of the landing capsule, which shielded Perseverance and Ingenuity as they dropped into the Martian atmosphere. The 70-foot-wide parachute that slowed the vehicle's descent is still attached.  At a height of 1.3 miles, the parachute and backshell separated from the rover. Perseverance was propelled to the surface by a rocket-powered device called Skycrane, while the backshell and parachute landed more than a mile to the northwest. 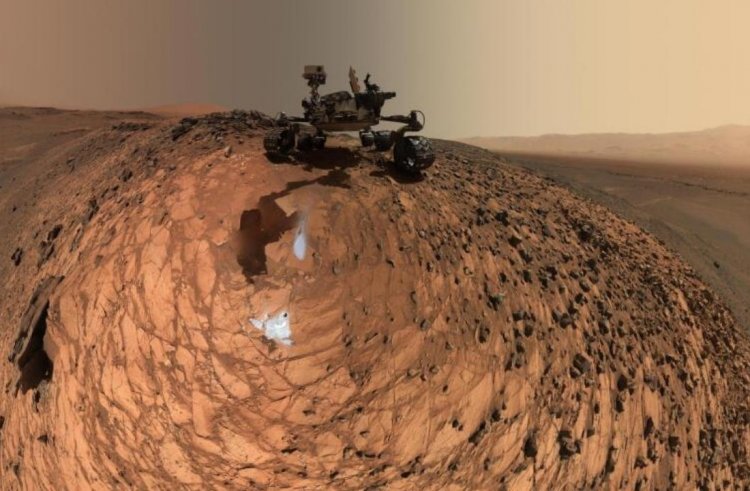 The nearly 15-foot-diameter backshell collided with the earth at approximately 78 miles per hour, fracturing partially. Apart from that, everything appears to be in good condition — no evident evidence of charring. The parachute, as well as the suspension cables connecting it to the backshell, look to be intact. However, engineers have only recently begun a thorough examination of the new images."While it is true that a picture is worth a thousand words, it is also worth an infinite amount of engineering comprehension," Mr. Clark explained. Examining the backshell's remnants may prove beneficial for NASA's next big Mars expedition - returning rocks and soil from Mars to Earth for more extensive analysis.

That project, dubbed Mars Sample Return, will require the deployment of two landers on the surface: a rover to collect rock samples drilled by Perseverance and a tiny rocket to launch the samples into orbit for collection by another spacecraft and return to Earth."We make use of all of our greatest models and analysis tools," Mr. Clark explained. The photos help validate how well the models and analysis performed, hence increasing the models' confidence in the future.Kenneth Farley, the mission's project scientist, was awestruck not only by the "really beautiful" photos of the hardware but also by the surface on which the device landed. 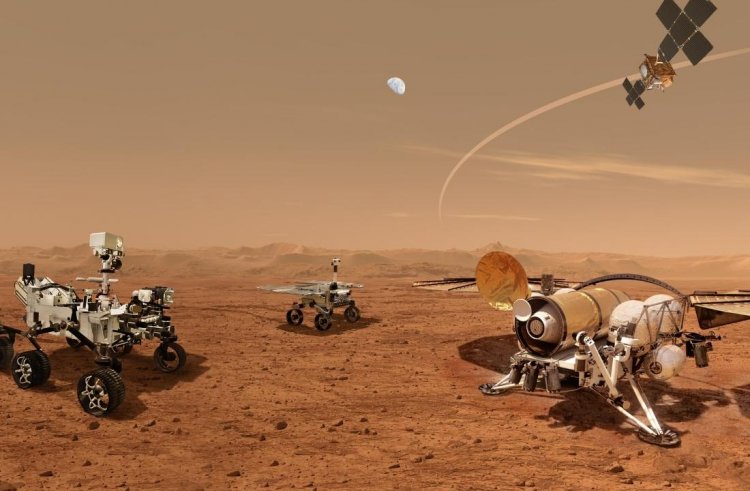 "Remarkably, this wreckage ended up just where the two rock formations on the crater floor meet," Dr. Farley wrote in an email. Selah and Maaz are both volcanic rock formations. However, their compositions are somewhat dissimilar. Selah is abundant in olivine, which is formed in dense magma, maybe a lava lake. Maaz, which is on top and hence likely newer, is composed of minerals such as pyroxene and plagioclase but contains little or no olivine. 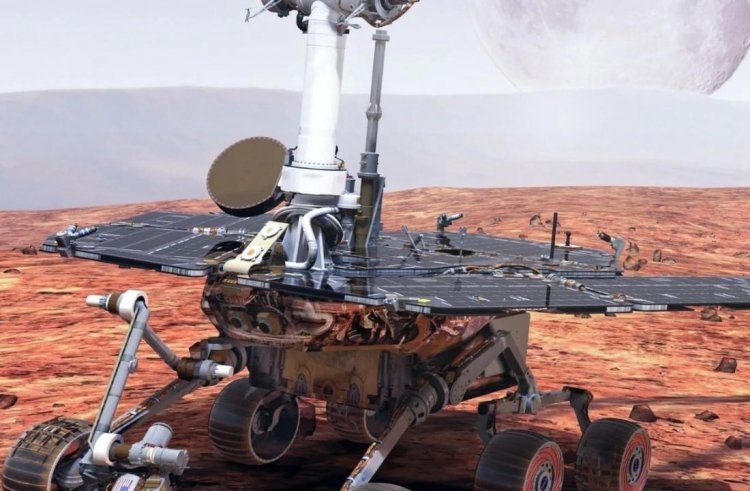 The two formations come together at a line of rocks running from the backshell to a location adjacent to the parachute. "We're interested in learning how these rocks might be related," Dr. Farley explained. The geology piqued the mission's scientists' interest, and Ingenuity made another pass over the dividing line between Seitah and Maaz on Sunday. On Thursday, the images will be returned to Earth. 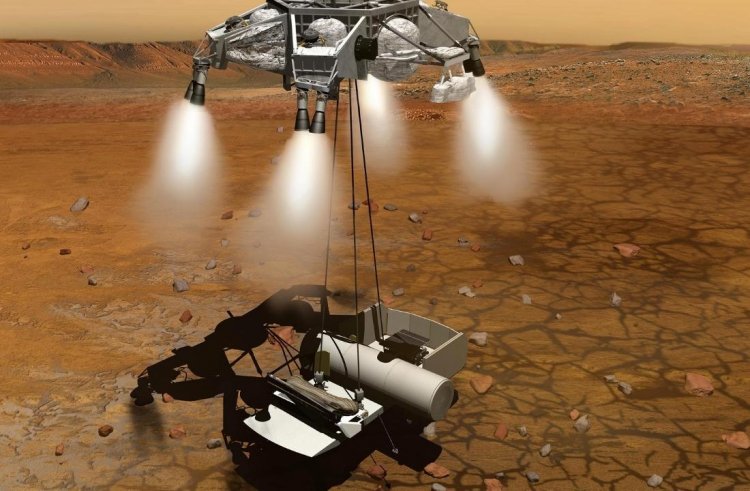 Perseverance has been equally active during its drives. On April 2, it captured a series of images of the small Martian moon Phobos passing in front of the sun, causing a partial eclipse. Extensive observations of Phobos' orbit provide insight into Mars' inner structure.