Latest lockdown in the city of Sanya! Tourists were the most affected!

The city of Sanya!

On China’s tropical Hainan Island, the city of Sanya is known for sandy beaches, luxury resorts, and duty-free shopping. It's also a popular gateway for Chinese middle and upper-class families. A sudden lockdown was announced where tens of thousands of holidaymakers were imposed by authorities to curb a spiraling Covid outbreak. 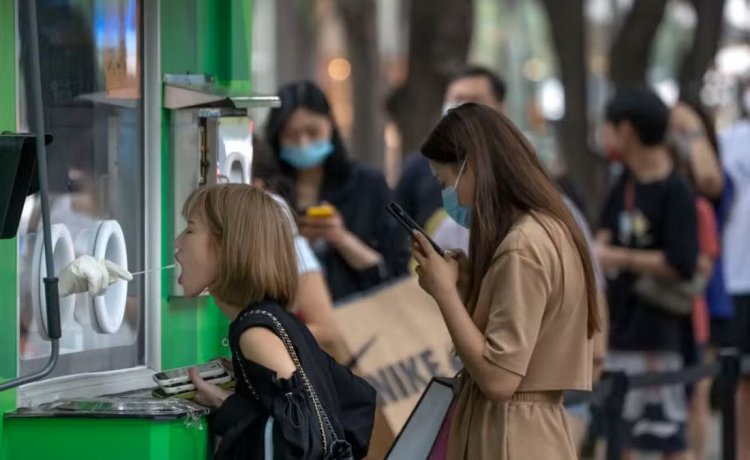 China's zero Covid-policy aims snap lockdowns, extensive contact tracing, mass testing, and quarantine. Since 1st August, more than 1200 people in Sanya get affected by a highly infectious Omicron Subvariant and are in contact with overseas seafood dealers at a fishing port. This Subvariant spread to counties in Hainan and other cities, causing infection in more than 200 people.

Tourists get affected most!

The Sanya government announced a sudden lockdown where the cities of millions of people, including some 80,000 tourists, were locked in the city. The transport links were halted, and people's movements were restricted where emergency services were only available. Visitors who want to leave the city want to show the five negative Covid test certificates over seven days only be lifted.

Flight tracking company Variflight canceled more than 80% of the flights leaving from Sanya. Trains that are departing from the city of Sanya are also canceled. Due to sudden flight cancellations, passengers already boarded are ordered to deplane. The government provides free food and hotel accommodation for the travelers in the airport due to these sudden lockdowns. At the airport, 3200 tourists were stuck.

People were forced to stay!

From the start of the pandemic, the lockdown was announced all over the city; hence China's borders were closed to international tourists. With the zero-Covid as the Chinese economy, tourists with canceled flights can book discounted hotel rooms. Some families forced to stay long may come at a heavy price.

For a mass Covid testing drive, 5000 workers have been sent to Hainan from other parts of the country. The family of 13 from the southwestern city of Chengdu must spend an extra week at their five-star hotel for about $26,000, including chargers of more than $100 per person for lunch and dinner buffets. Tourists in Sanya accused some hotels of raising their prices to cash as they were forced to stay.

Is there an end to this lockdown?

Tourists going to Hainan for the summer holidays were stuck in Shanghai, residents enduring a two-month lockdown in the Chinese financial hub. Tourists in the city of Sanya are allowed to leave only after seven days of negative testing. If the infections rose, then the period of lockdown was also extended.

More than 2000 tourists were trapped in the resort town of Beihai in southern China. Over 500 infections were imposed after a lockdown. Hainan is considered one of the safest places because, in past situations, this city had recorded very few numbers of cases.