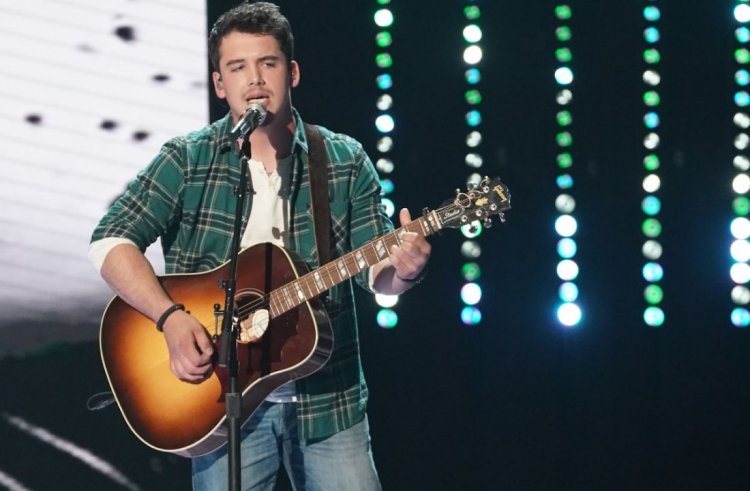 When small-town Kentucky-born and raised Noah Thompson showed up to audition for American Idol, he didn’t come alone. He was accompanied by his friend Arthur, who was the one who encouraged him to audition in the first place.

Little idea did the 20-year-old country singer have of how much his life would change from his friend’s belief in his talent, but as the show progressed, Noah came to believe in himself more and more, and then a performance of Rihanna’s “Stay” put him on a trajectory to win.

A New Version of “Stay”

Today, Noah is releasing a new version of “Stay,” produced by Jimmy Robbins, even while the America Idol version is still up on YouTube and has garnered more than 1 million views.

‘Stay’ was such a big turning point for me on Idol, I went back on the comments, and people were giving me ideas and messages on Facebook, saying, ‘Man, you should do a full version of this song,” Noah told Parade.com in this exclusive interview. “It got me thinking that that would be really cool; I would love to do that.”

So, when the show ended and his new record label, BBR Music Group, approached him with the idea of doing a full country version of the previously R&B song, Noah says he was “completely down for that.”

About The New Version

Of course, the new version has been even more rustic than the one he performed on Idol, and Noah explains just how it was done. “It takes a lot of banjos, it takes a lot of violins, all that good stuff,” Noah says of what makes the song more country. “It’s definitely the product that gives it that country feel because it’s not a country song, by no means. It takes a good producer like Jimmy Robbins to do that.”

While Noah has yet to hear from Rihanna to get her to take on his version of the song, he says he wanted to record it because of its meaning. When he was on Idol and away from home and his little boy, Walker, part of its appeal was that it reminded him of home.

I love the deep, meaningful lyrics with that song,” Noah adds. “It really is just a beautifully well-written song. I was so excited to put my own spin on it. It’s one of the biggest songs in the world, people love this song, so it’s really cool to know that I get to do my own spin with it. 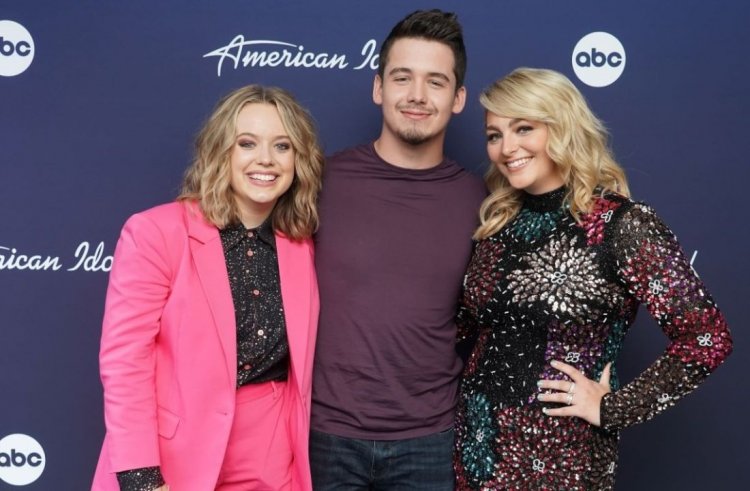 During our interview with the reigning American Idol, we also spoke to Noah about coming to the realization that music will now be his life, what we can expect when his album is released, how he and Arthur and doing now, and which of his fellow Idols he keeps in contact with.

It’s been a minute since you won American Idol. Have you had a chance yet to catch your breath and realize that, “Hey, I may never have to do construction again, this could be my job?”

After Winning The Battle

Here are some questions that answered by Noah;

They Say If You Love Your Job, It Doesn’t Work.

When You Finished Idol, They Released One Day Tonight. How Did That Do For You?

Man, that song did very, very well. One Day Tonight’s nearly doing a million streams a week. I’m happy with the way that song did, and people are still loving it. I get sent things; people tag me in it all the time with people getting married to it and stuff like that. I think that’s the coolest thing ever.

But, man, what’s also neat is I got to come back to Nashville and meet with the writers on that song, and I got to work with one the other day on a co-write we’re working on, and that was so cool. He’s proud of me, and it’s like a full circle moment thing. It was awesome. That song did really well, though. I’m happy with the way it went.

You’re In The Studio With Jimmy Robbins Now. What Can We Expect From Your Sessions When The New Album Comes Out?

I don’t know, man. I’m just getting to write; I’m getting to do all these things. It’s probably going to be a mix of different kinds of genres in a way.

When You First Left Idol, You Said You Didn’t Want To Do Country Pop, And You Wanted To Do Real Country. So, Is This Going To Be A Real Country?

Yeah, for sure, definitely. I’m not going to just say that, though. I feel like it’s a mix for this first thing. It’s kind of a mix for everybody in a way.

You Mentioned Songwriting. How’s That Going For You? Because You Didn’t Come Into Idol As A Songwriter Like, Say, Huntergirl Did. 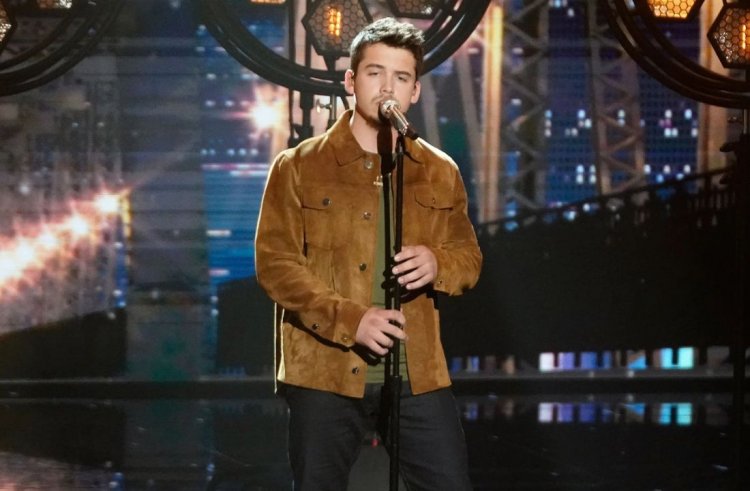 I literally am enjoying the songwriting more than anything. To be honest, I love songwriting. The farthest I ever went into songwriting [before] was sitting in my bathroom playing my guitar. That’s all I’ve ever done. I’ve never gotten to experience a co-write until after Idol.

Doing that is so cool for me. Basically, you go in, and you’re in a room with a couple of dudes, and you get an idea, and you base it off of that idea, and you write about that idea. I think that’s so cool. It’s basically therapy. It’s getting stuff out of your head.

You’re So Young. Do You Have Things To Pull From?

We get some ideas. I’ve definitely got some stuff I want to write about. We’ve already got a lot of things that we’ve written about, so I’m looking forward to putting a lot of that out.

What Has Been The Most Significant Change In Your Life So Far?

Probably just going back home. Being home’s not exactly normal anymore. I can’t really go to Walmart anymore or do all those things. I’ve got to have other people do it for me. Other than that, I go home and see my boy and make trips back and forth and all those things. But, yeah, probably the change of my hometown. But, hopefully, that all kind of simmers down eventually.

Now That You’ve Had A Taste Of What Your Life Could Possibly Be Like, What Is The Dream? What Are You Hoping That Your Career Looks Like?

I’m just looking forward to everything that’s coming my way. I’m really excited about everything I’m getting to do right now and what’s to come. I’m looking forward to touring, or the new writers, all those things in the future. I’m still trying to take it all in of what I’m getting to do right now, how this is my life, and this is what I get to do. I just think it’s pretty amazing if you ask me.

I’m looking forward to everything that’s coming my way.

Yeah, I know. Well, as soon as the show ended, I went back home, and Arthur and I just sat on the front porch; we just talked, and it was just one of those things where we just came back down to Earth for a second, like, “This is crazy.” We just took it all in together, and we just talked. But, yeah, we’ve definitely done some things.

Does He Get To Come To Visit You In Nashville?

He hasn’t yet, but he will eventually. Something like that will happen.

When You Started The Show, One Of The Things That You Made Clear Is That Arthur Signed You Up Because You Didn’t Have Confidence In Yourself. Are You Getting There? 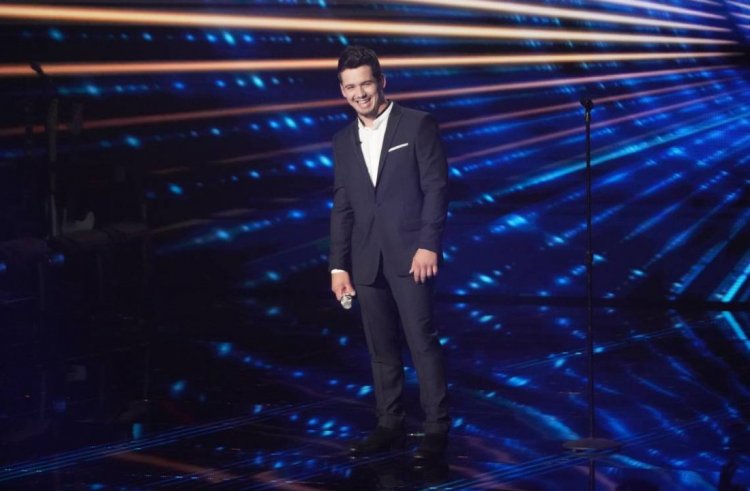 It’s more of now I can just write songs and have a good time and play these shows that I’ve wanted to play for the longest time. It’s all been about the music for me, so now it’s all falling into place the way I wanted it to for so long.

Where Are You Going To Be Performing? Where Can Your Fans See You?

Well, I do get a lot. My calendar’s filled up. I’ve got a show in Lucasville, Ohio, back home on the 11th. HunterGirl and I are doing something on the 12th. Yeah, it’s moving, and that’s all there is to it.

Huntergirl’s In Nashville, So You Have Been Staying In Touch?

We get together all the time when I come back down here.

Anybody Else You’re Staying In Touch With From The Show?

Dan Marshall. I see Mike Parker every now and again. Fritz Hager. A lot of the people. I got to meet a lot of past contestants from Idol, too, and I made good friends with them also.

Gabby Barrett Didn’t Win The Show, But Look At How Great Her Career Is Going. Is There Anybody Else From Idol Whose Career You’d Like To Emulate?

Any of them, honestly. I’d like to go as far as Carrie Underwood, for natural, straight. Carrie, I love her.

I Think It Was A Different World Than In Music Than It Is. I Think It’s More Complicated Now.

You Had Covid When You Were On Idol. Any Long-Term Effects From That?

No, not really, no. It messed me up, though; I know that. Pretty bad; I was hurting pretty bad when I got that.