Lightning strike! Near the White House, the strike causes two dead and 2 in critical condition!

On Thursday, a lightning strike occurs near the White House at Lafayette Park. Because of the strike, two were dead, and two were in critical condition.

Two persons from Janesville, Wisconsin, 76-year-old James Mueller and 75 years old Donna Meuller, were identified as fatal victims. The U.S Secret Service and U.S. Park Police were on the spot after the strike happened. They provide people a life-saving aid and prevent them from serious attacks. 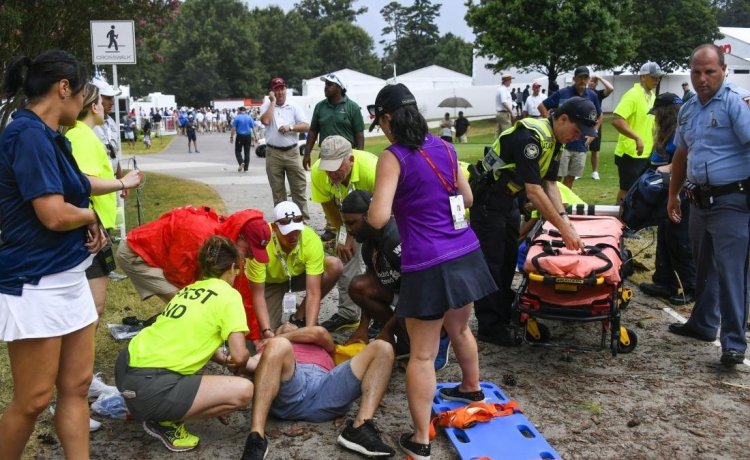 Victims in the vicinity o the tree as all four victims were reported to hospitals nearby for life-threatening injuries. Secretary of White House, Karine Jean-Pierre, had a statement about the incident, that he felt sad by this loss made by a lightning strike and will pray for those fighting for life.

People requested the comment from the police as they are not responding because they did not disclose the victims were tourists or knew about the storm. The National Weather Service warned the places before the thunderstorm on Thursday evening. The strong storms occur nearly at 7 p.m., as per the Doppler radar.

In 1991, the first lightning death was the two victims in the District of Columbia. The people in the U.S. have 1/18,043 chances of getting struck by lightning in their lifetime. Places outside are not safe in the area of thunderstorms. Be safe and stay indoors.