From our five-year "Rich Habits" analysis, we got to know 233 millionaires who had an average net worth of $4.3 million. We learned about their origin stories, value systems, career trajectories, and how they approach their money.

Even though many of them came from different backgrounds and experiences and started from various places with their finances, for example, 24% had inherited wealth. In comparison, 76% were self-made, and we were thrilled to find how much they all had in common, mainly the self-made millionaires.

One of the biggest traits they all said was a positive outlook on life. The majority of the millionaires in our study describe themselves as optimists and have a deeply held belief that anything is possible.

When looking at their overall success as a group, we were struck by how accessible their habits are for many people who want to build their wealth.

Here, we list some of the most valuable takeaways from our research.

Millionaires love what they do 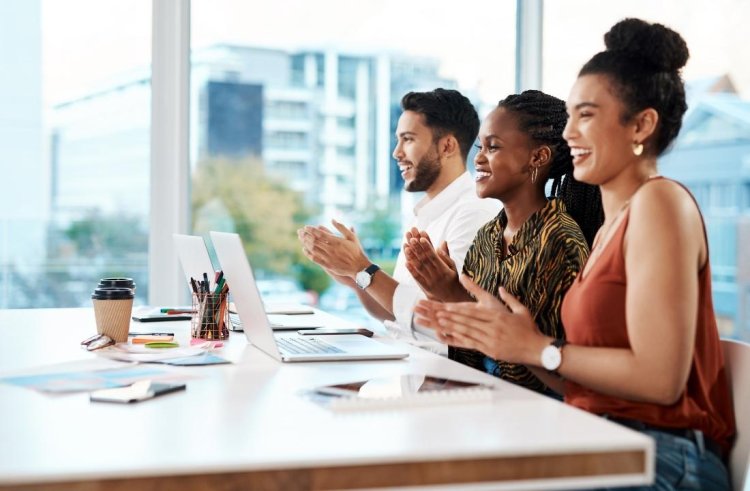 Most of the millionaires, 86% of our analysis, expressed that they enjoyed what they did for a living. About 6 in 10 followed what they expressed as a dream or passion for their work.

Those entrepreneurs who directed that passion into a successful business idea had an average net worth of $7.4 million.

RELATED: Bloomberg reports that the wealthiest Americans have lost $93 billion due to inflation-fuelled stock market volatility 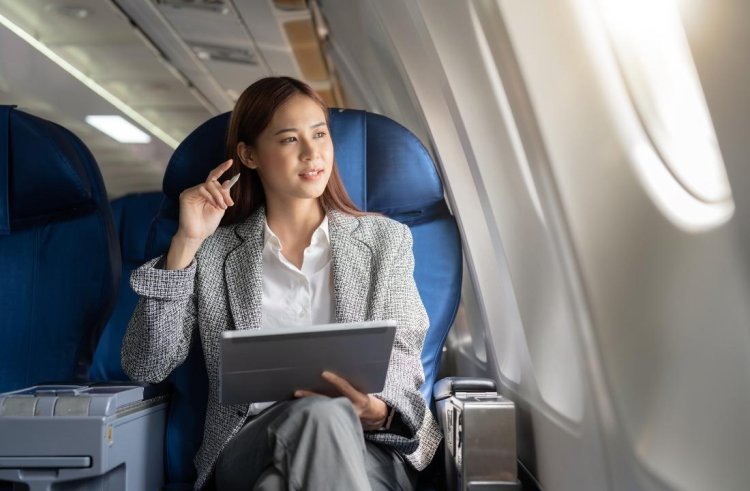 Based on our analysis, we categorized millionaires into four regarding their approach to money, Big Company Climbers, Virtuosos, Saver-Investors, and Entrepreneurs. More than three-quarters, 80 percent, of the participants in our study were 50 or older, and they accumulated their wealth over time.

For Big Company Climbers, it took them an average of 22 years to become millionaires, while it took 32 years for Saver-Investors, 21 years for Virtuosos, and 12 years for Entrepreneurs. 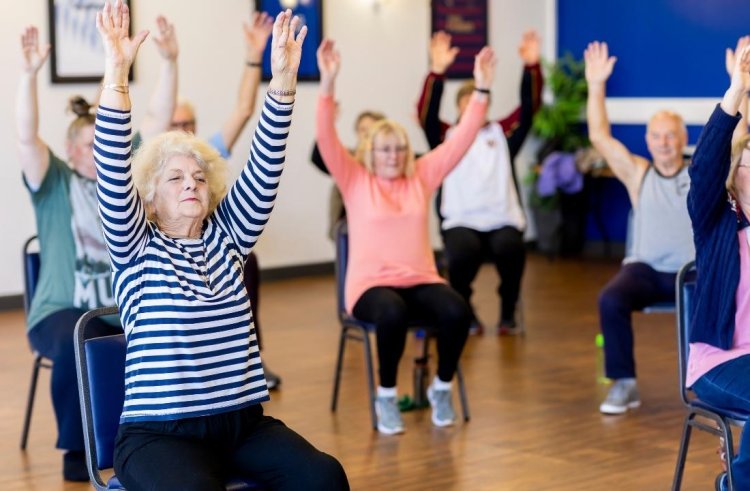 Many of the millionaires expressed a love of athletic pursuits: More than half, 63%, reported that they played sports in high school and continued playing competitive sports as adults. Over three-quarters, 76%, shared that they exercised at least 30 minutes a day, four days a week. Jogging, running, and biking was popular among all the study participants. And 93% shared that they slept at least seven hours a night.

RELATED: Top 10 cities in the world with the highest GDP rate 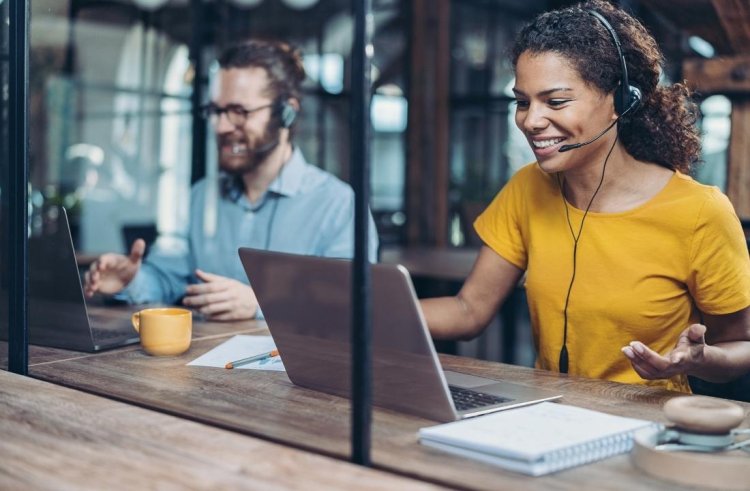 Most millionaires expressed a goal never to stop learning, growing, and improving.

Almost 9 out of 10, 88%, shared that they read daily to increase their knowledge about their job and industry. More than three-quarters, 85%, reported reading at least two books a month, and 63% reported that they enjoyed listening to audiobooks or podcasts while commuting to work, exercising, or doing housework.

This mindset would come from a long-held value of education, even if they weren't necessarily the strongest students early on. Over three-quarters, 77%, of the millionaires said they were B or C students in school, while 68% went to college and 25% went to graduate school. Over half, 56%, worked their way through school. 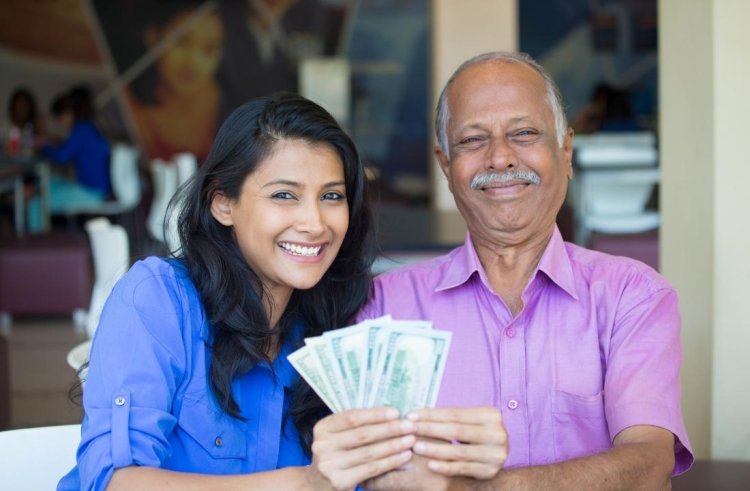 RELATED: Don't worry about maintaining your finances. Here are the best financial books to be read by everyone

Millionaires invest in their communities and mentor others 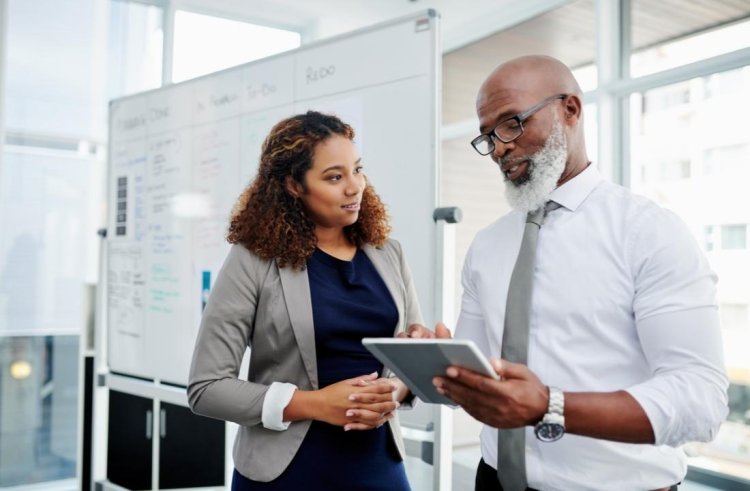 Philanthropy was a big focus for the millionaires in our study: Almost three-quarters, 72%, reported volunteering five hours or more a month at local nonprofits. And 27% were on the board of directors of local, community-based charities, helping them run their organizations.

Another way the millionaires got involved in their communities was by participating in the electoral process. 83% said they regularly voted in federal, state, and local elections.

The majority of self-made millionaires were passionate about mentoring others. About three-quarters, 73%, said they wanted to pay it forward and be mentors, inspired by those who championed and supported them in their wealth-building and career goals. 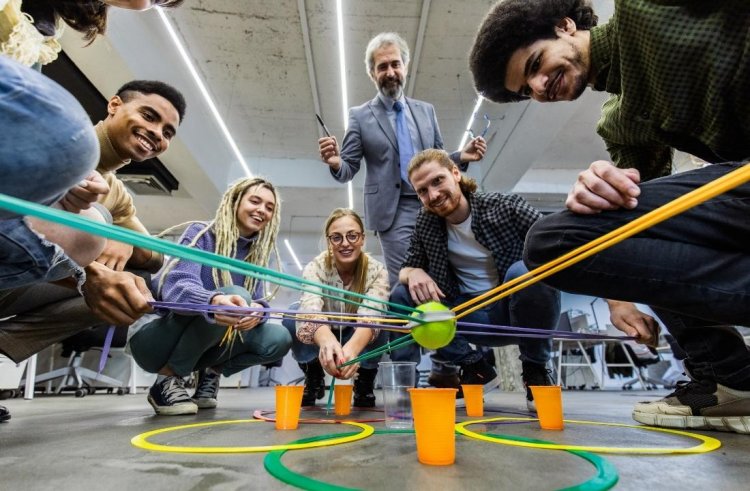 Most of the millionaires in our study shared that creating a community of positive, goal-oriented people was a big part of their success. Over 8 in 10 shared that they had hired a team of smart, dedicated individuals that they relied on to help achieve their visions, including attorneys, CPAs, marketing professionals, and financial advisors. 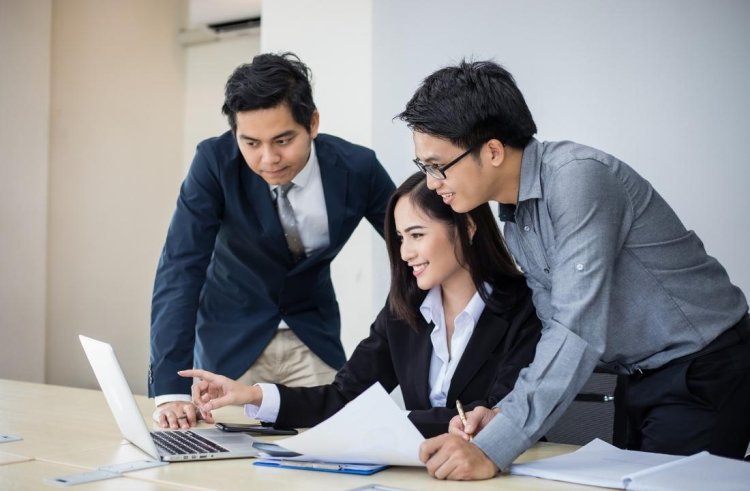 The study participants all shared dedication to their work. About three-quarters, 73%, of the millionaires reported working an average of 58 hours a week. And 44% reported waking up at least three hours before their workday begins.

Once that day starts, it's often organized: More than three-quarters, 81%, shared that they keep a to-do list. About a quarter, 24%, of self-made millionaires kept a to-don't list to help them avoid time-wasters and focus on the things that matter most.

RELATED: It's not easy to make millions as a musician. Check out the wealthiest musicians of all time 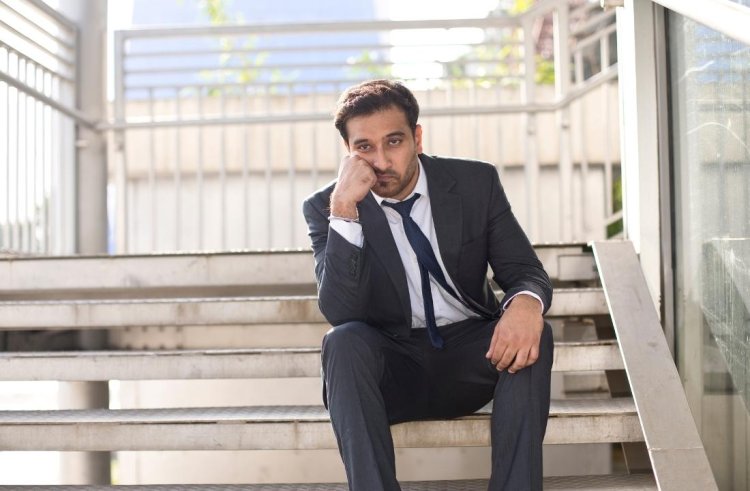 Almost two-thirds, 63%, of the millionaires in our study shared with us that they took calculated risks as they built their wealth. And 27% said that they had failed at least once in business.

They didn't let that deter them: More than three-quarters, 80%, reported that they are actively working toward one major goal at any given time, and nearly all of them attributed their success to staying positive and having a clear vision of their future, especially when times are tough.

Millionaires are intentional with their money 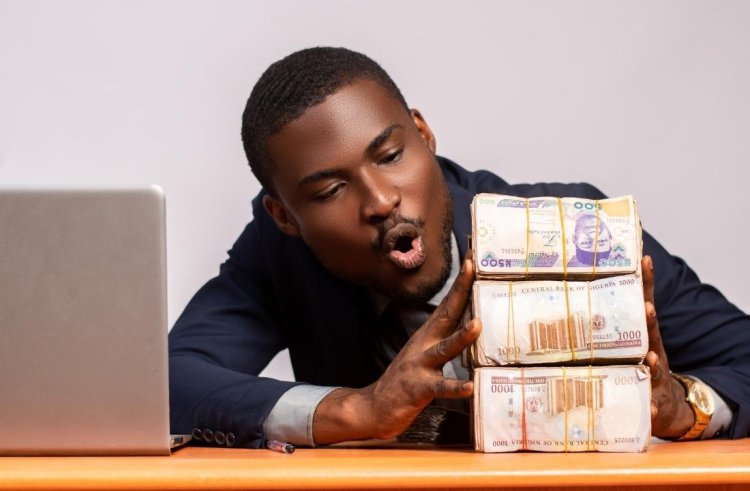 Nearly half, 49%, of the self-made millionaires were saver-investors who saved 20% or more of their income from the first day they started working. All of the millionaires we interviewed have some form of retirement savings.

Most millionaires have more than one source of income. Almost two-thirds, 65%, have three streams of income, 45% have four, and 29% have five. 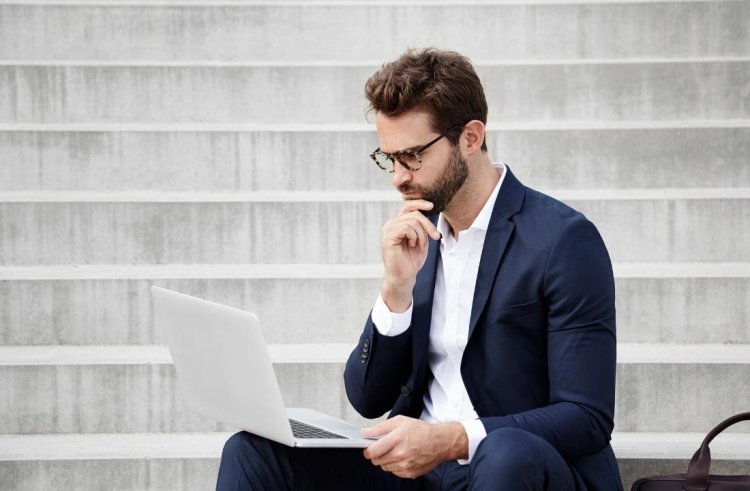 Successful people are not afraid of thinking outside the box and not following the herd. Instead, they create their pack and work on attracting others' points of view.

RELATED: These rags to riches stories of famous billionaires that inspire you the most 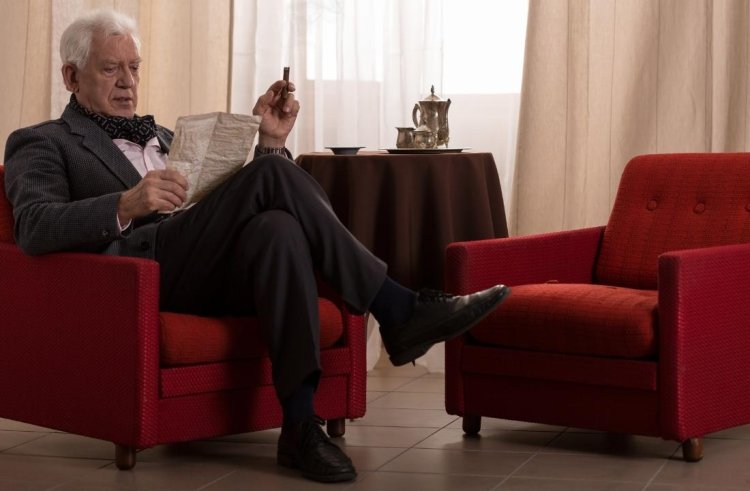 Approximately 80 percent of self-made millionaires read 30 minutes or more daily. What kind of books do they read? Biographies, self-help books, and history books.

Millionaires get up early 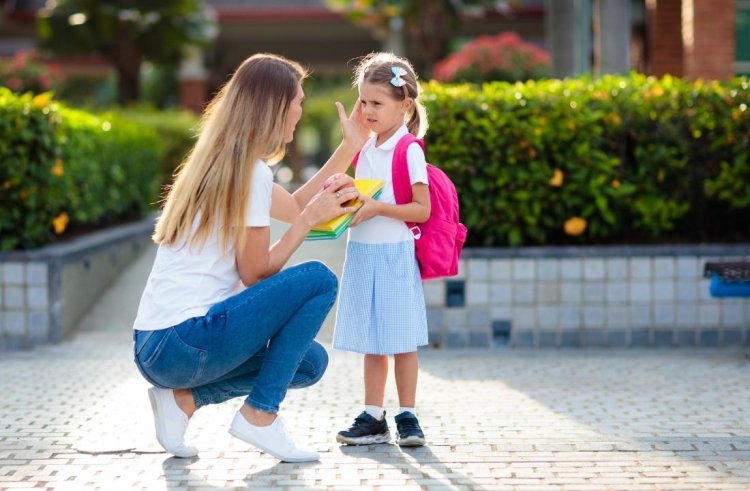 Nearly 50% of the self-made millionaires in our study said they woke up at least three hours before their workday began.

They follow it as a strategy to deal with inevitable daily disruptions, such as a meeting that went too long, egregious traffic, or having to pick up your sick kid from school.

Millionaires stay away from time-wasting activities 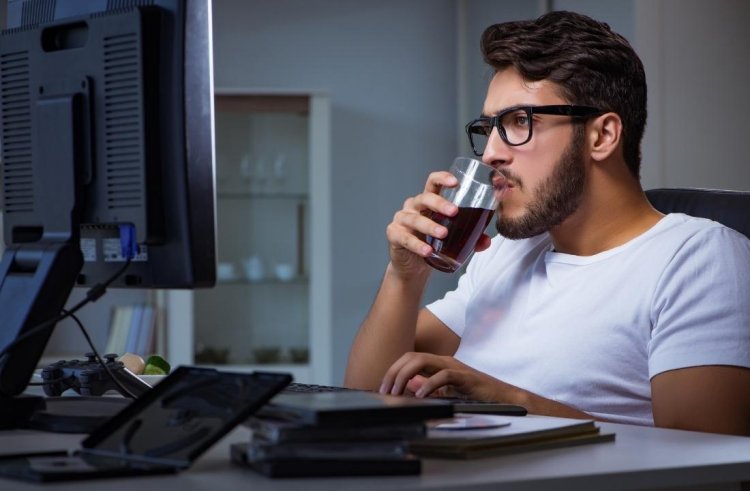 They spend even less time watching videos on YouTube or social media. By avoiding time wasters such as these, self-made millionaires can utilize the time they have left to make more money.

RELATED: Top 12 people whose accidental findings made them super-rich 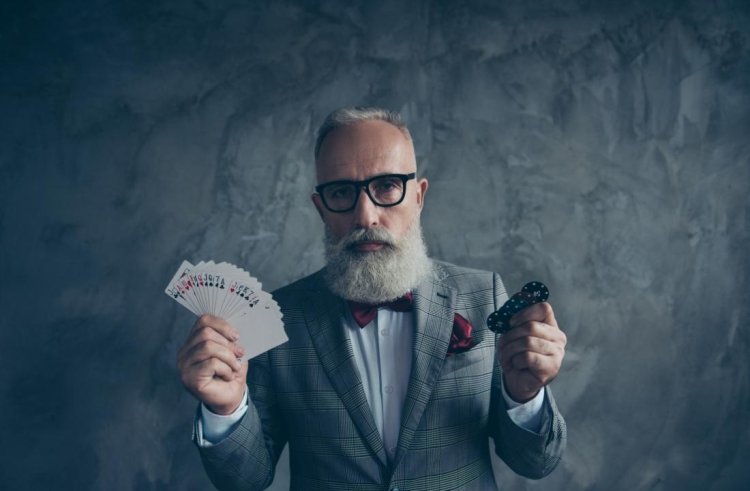 Being a millionaire is a way of life that many around the world dream of. It indicates massive fortune but also means freedom. Self-made millionaires are boosted by the thought of having the freedom to live the life that they desire. You can also join this exclusive club by adopting and practicing these habits.