It was the day before Thanksgiving, but on The Masked Singer, every day is Halloween. And the show was still in the Halloween spirit on Wednesday when it aired its Fright Night episode, which was probably delayed because of the World Series. The episode ended with two horror stars who are so good they're scary being unmasked at the witching hour. But this rough horror movie show had a twist ending when one of the contestants, the Scarecrow, who turned out to be one of the most famous horror movie characters of all time, took off her mask and did a self-exorcism.

Season 4's Mickey "The Gremlin" Rourke was the only other celebrity in Masked Singer history to accomplish this (though host Nick Cannon, who has a lot on his plate these days, claimed it was a series first). The Scarecrow volunteered to remove her pumpkin head and lost the competition this week. However, she did so in a considerably less threatening manner than Mickey, and she had a greater chance of advancing to the next round. In reality, judge Ken Jeong had just declared her rendition of Steve Miller's "Abracadabra" to be the night's most stunning performance.

Withdrawing by revealing the identity for the Competition 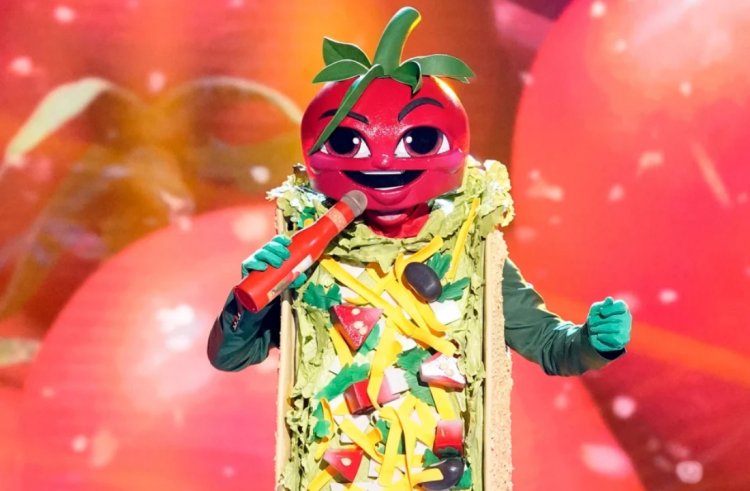 "Wait, wait, wait, wait!" the Scarecrow exclaimed as Nick revealed the first elimination of the episode. "I have a few words to say! I adore this program so much. I came to tell you how much I appreciate everything you've done for the world and family entertainment. "However, I'd like to formally withdraw and reveal my identity so that these two wonderful competitors can continue," she added, nodding generously toward Snowstorm and Sir Bug-a-Boo. "These rivals are the real deal... I'm here for a special cause, and I want them to enjoy the stage and all the acclaim they deserve."

The Guess game of horrified judges

The horrified judges' mouths were so wide open that they resembled living, breathing Scream masks. Before this magnificent pumpkin self-destructed, the judges had one more opportunity to determine her identity. They focused on her scary-movie clues and one specific witch clue. They guessed this could be Bette Midler from Hocus Pocus, Susan Sarandon from The Witches of Eastwick, Angelica Huston from The Witches, Glenn Close from Fatal Attraction, Jamie Lee Curtis from Halloween, or Neve Campbell, Courteney Cox, Drew Barrymore, or Parker Posey from Scream.

If they had only focused on the Scarecrow's clues package's rainbow roller skate, they would have discovered the 1979 film Roller Boogie and the Academy Award-winning actress Linda Blair. Linda received the Golden Globe for The Exorcist, not Roller Boogie. The "heads turn" clue was another obvious one that the judges missed.

Also Read: Nick Cannon reveals that he would never judge anyone for the number of kids they have while talking about monogamy

When Linda unscrewed her skull, the judges appeared as if their heads were about to spin and spit pea soup. Nick declared, "There's a legend in the building!" "My mind is astounded! Jenny McCarthy-Wahlberg stated, "I have never been as astonished on this show as I am now."

The panel may have yet to anticipate that Linda was the 63-year-old artist formerly known as Regan MacNeil because her performance was shockingly seductive and groovy. Rick Springfield, Deep Purple's Glenn Hughes, Neil Giraldo, Styx's Tommy Shaw, and most famously, Rick James were among Linda's numerous prior musician partners who had certainly imparted some rock-star swagger upon her. This was the type of lady you would read about in new-wave magazines. Even the Los Angeles power pop band Redd Kross created a song about her.

But Linda did not appear on The Masked Singer to demonstrate her pop or rock credentials. She was on a mission to spread the word as the creator of the animal protection group Linda Blair WorldHeart Foundation, and she thought that purpose had been accomplished. Thanking the judges, she started, "Let me tell you what [The Masked Singer] does for me and what you do for the world: You take us out of the most difficult time in history for one hour a week." "I deal with abused and abandoned animals on the streets. I have a foundation, and I travel the world doing what I can to improve it. You have no idea how kind and loving you are. We can do better if you can heal me, in as much suffering as I am, in order to save people who do not deserve what is occurring. And I consider you my family."

"Thank you, Linda, for utilizing this platform in the most effective and conceivable manner," Ken stated, declaring this his favorite reveal ever. "We love you!"

Rockwell's "Somebody's Watching Me'' was covered by the masked singer Ray Parker Jr., whose stage name was Sir Bug-a-Loo. Jenny gushed about Boo's "wonderful tone," but he never made it through the ghost round of Masked Singer. After performing a solo version of Ava Max's "Sweet But Psycho," the Snowstorm maintained her reign for a second week. Snowstorm, The Masked Singer, asks. (Roasted chestnuts were also one of her visual cues.) Of course, Nikki is the current host of Blind Date, and she also referenced "speed dating," which Nikki did on Instagram Live during the pandemic. But I'm certain this is comedian Nikki Glaser, as my assumption last week.