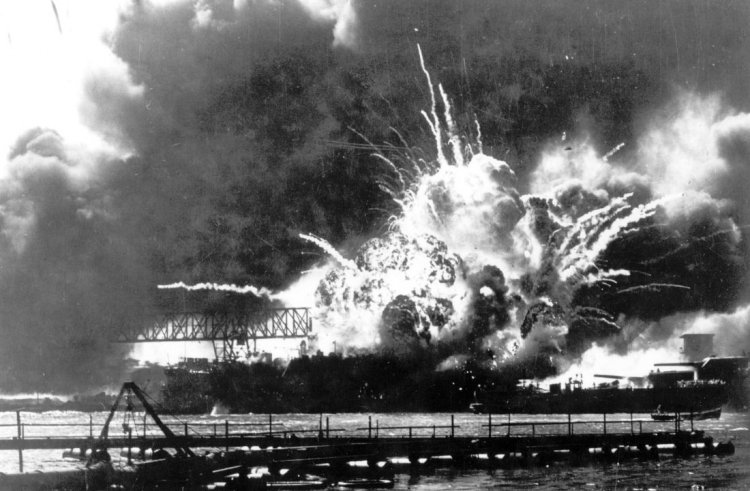 On Wednesday, a small group of centenarian survivors of the Pearl Harbor attack is anticipated to assemble at the site of the Japanese bombing to remember those who died 81 years ago.

Fewer than in recent years, when a dozen or more people made the trip to Hawaii from all across the country to attend the yearly memorial service.

As people live longer, there are fewer survivors, which contributes to the reduction. On December 7, 1941, the youngest person on active duty in the military would have been roughly 17, making them 98 now. Many of the living today are at least 100 years old.

The bombing, which brought the United States into World War II, resulted in the deaths of about 2,400 troops. Nearly half of all fatalities—1,177 sailors and Marines—were lost aboard the USS Arizona alone.

When Robert John Lee was 20 years old, he still remembered being a civilian residing with his parents on the naval installation where his father oversaw the water pumping station. The USS Arizona was berthed on a battleship row little over a mile (1.6 kilometers) away from the house across the water.

He was awakened by the initial blasts before 8 a.m., which gave the impression that a door was banging in the wind. He stood up to shout for someone to close the door, but when he turned to look out the window, he saw Japanese planes launching torpedo bombs.

He observed the USS Arizona's hull turning a dark orange-red after being struck by an aerial bomb.

After taking a boat tour of the harbor on Monday, Lee spoke with reporters. "Within a few seconds, that explosion then blasted out with tremendous tongues of flame just straight up over the ship itself, but hundreds of feet up," he said.

He can still hear the fire's hissing sound.

To escape their burning ships, sailors dove into the water and swam to the landing close to Lee's home. The thick, heavy oil that filled the harbour was all over many people. To help wash them, Lee and his mother used Fels-Naptha soap. Those sailors could board little boats that took them back to their ships.

Lee thought of them as "really heroic"

The following day, Lee enlisted in the Hawaii Territorial Guard before subsequently joining the US Navy. After the war, he spent 30 years working for Pan American World Airways.

Statistics on the number of Pearl Harbor survivors who are still alive are not available from the American Department of Veterans Affairs. However, according to department figures, only around 240,000 of the 16 million World War II veterans were still alive as of August, and roughly 230 people die every day.

Michael Wenger, a military historian, has estimated that there was roughly 87,000 military personnel on Oahu at the time of the attack.

A moment of silence will be observed at the exact time the attack started, 7:55 a.m., as part of the event organized by the Navy and the National Park Service. A missing-man formation flyover will also take place.

Also Read: Travis Scott and Kylie Jenner were ridiculed for flying in different private aircraft to the same location