Innovative devices used in the history of espionage

We all love some good spy movies, don’t we?? A bowl of popcorn and a good spy action movie are all we want to rejuvenate on weekends with our family and friends.

Whether it is a James Bond movie or any action movie, we love it all. 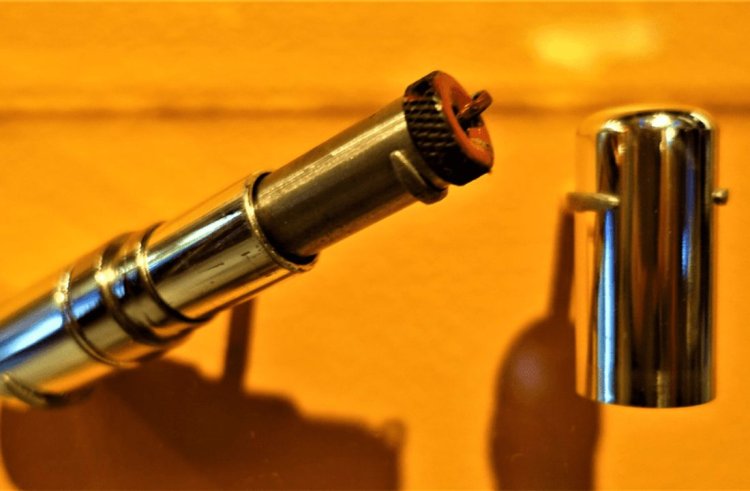 My love for action movies started to post the cold war when we were looking for a hero. At that time, we were looking for someone brave enough and crazy enough to take on anyone attempting to destroy the world, and this is where the great James Bond entered the scene.

Bond became famous for his versatility in action and women. He was fierce enough to take on any enemy, accomplished in hand-to-hand combat, able to use every weapon created, and was ready for whatever came his way.

Also read: A 'Spy Kids' reboot is coming to Netflix

But the job of spies calls for secret tactics which are known in the intelligence community as Tradecraft. The tradecraft comprises clever disguises, surveillance, coded messages, and sneaking in and out of places undetected. This is were Tradecraft and secret espionages devices come into play,

It's not just in the movies that the spies use secretive devices, but in reality, as well, some spies have used very innovative devices in order to carry out their secret missions. It's sometimes hard to detect the devices the real spies have used but don’t worry, we have got you all covered. Here is a list of all the intriguing spy devices we know of: 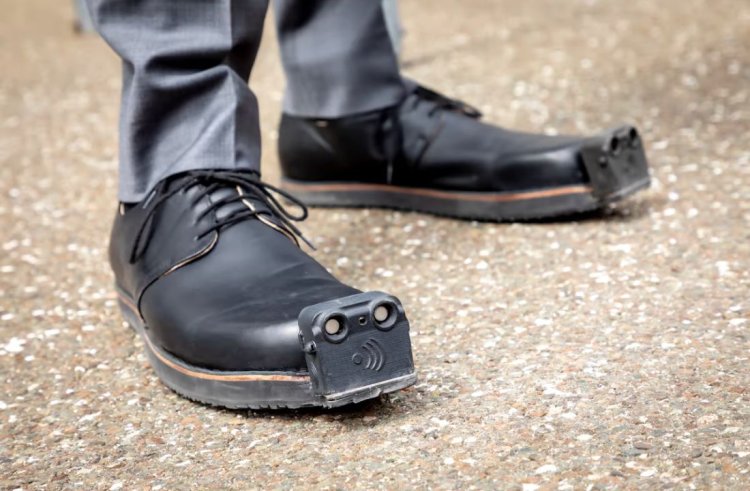 A shoe is certainly not an item we can think of as an espionage device, but if you are agent Maxwell Smart, you can even make a call with it. While this sitcom spy had a telephone in the heel of his shoe, in the world of espionage, a similar criteria was used.

During the ’60s and ’70s, the Romanian Secret Service had planned with their postal service to intercept and place devices in the shoe heels of Western diplomats belonging to Eastern Europe who mail-ordered their shoes from Western European stores. They had also planted agents at hotels where they had access to the rooms of American diplomats. Once the secret service gained access to their shoes they hid battery-powered microphones and transmitters where in the heels. The transmitters hidden were so powerful that they functioned until their batteries died.

This scheme was basically used to listen to all the meetings that were taking place between diplomats until they found out what they wanted. When the meeting rooms were swept, the recording devices signaled that the diplomats’ security staff kept picking up but could not locate the device. Then the spies noticed the signal slowly disappearing every time the diplomats left the room, and the devices were found. 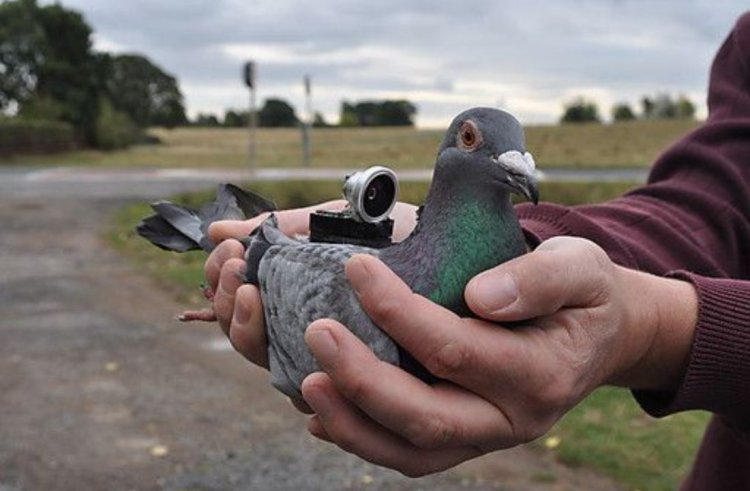 Pigeons are more often known for their beauty rather than anything else but when it comes to the military they serve a purpose more than just that. The Pigeons are even awarded Medals of Honor for their military service. The birds are not of much use when it comes to spying, but they were once used as a mode for exchanging information.

In 1908, Dr. Julius Neubronner was given a patent from the German Patent Office for the pigeon camera he had developed. The developer initially sold aerial shots taken by pigeons as postcards. However, during the time of World War I, these aerial photographers were used for a very different purpose.

These cameras were particularly strapped onto pigeons who acted as servants serving in the National Pigeon Service. They were particularly used to pinpoint the locations of enemies, determine what weapons they had, and create topographical maps. These pigeons were also used to deliver messages and information when radio signals were weak or intercepted, resulting in lives being saved.

These pigeons had a 95% success rate of finishing missions when flown. These brave birds were responsible for much of the vital information we obtained.

Considering this use and capability, the Dickin Medal of Honor was created to honor animals used at war. Out of the 54 Medals awarded, 32 were given to pigeons, including the Scotch Lass, who had continuously flown with injuries to deliver vital micro-photographs to allied troops in the Netherlands. 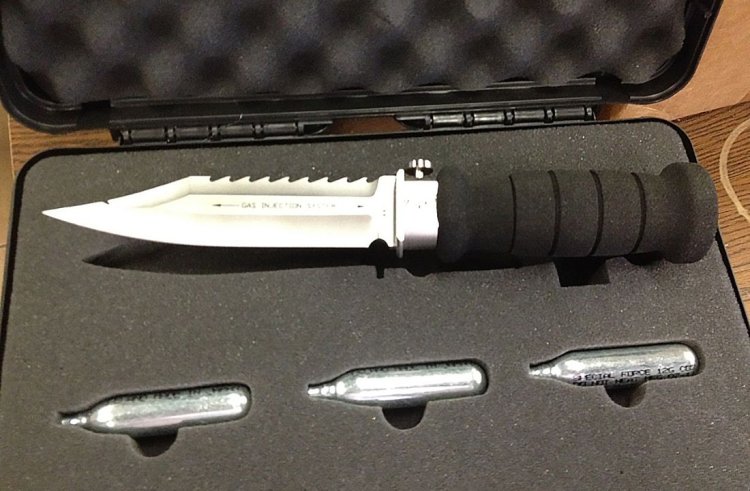 Spy weapons are never what they seem to sound like. Pens become guns here and lasers are somehow considered pens. But in those days, when people were threatened for their lives, most of them carried what was called the WASP Gas Injection Knife.

Also read: Interesting facts about James Bond that you may have never heard before

Sounds a little weird and hard to understand but the work of the spy tool was quite simple. The tool's handle contained a cartridge of pressurized carbon dioxide, in which a special trigger vents it through a channel in the blade. When something is stabbed using it, be it a human or an animal, the saand releases the gas, and it causes an internal explosion, massively damaging the target. Needless to say, this is gross but impressive way of getting what you want or in other words killing. 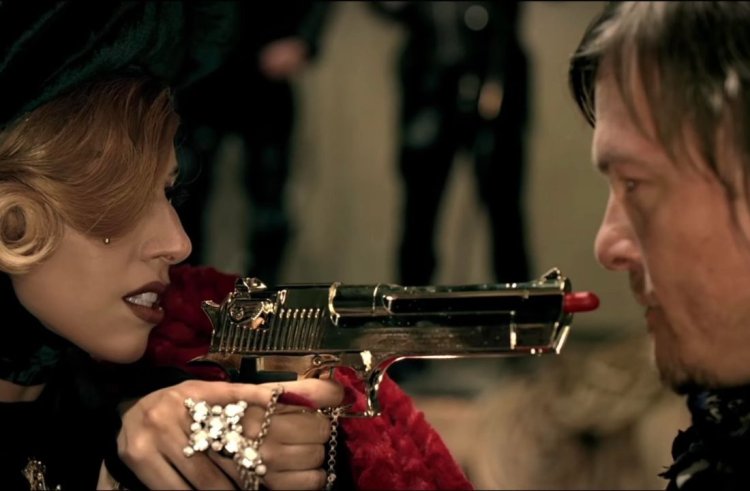 When we are talking about spy tools for espionage, how can we forget the Lipstick Gun. The tool was also openly used and demonstrated in the James Bond movies. In the movie, James and Helga are traveling together in one scene. Helga applies a little lipstick onto her lips and casually says, “I’m awfully sorry to leave you, but I have to get off.” Then, she immediately drips her lipstick off to release a disorientating gas, after which she parachutes out, leaving Bond trapped in a plane about to crash.

Also read: Cyberespionage around the South China Sea. Oktapus and the Twilio compromise. Notes from the hybrid war. Triple extortion.

And not just the Bond movies; the lipstick gun has been in a lot of movies. From Rita Hayworth to Claire Standish’s cleavage applicator in The Breakfast Club, men have always been beguiled by a woman applying lipstick.

KGB is the secretive agency of the Soviet Union, and it had started prevalently using these lipstick guns. So much so that every female KGB operator were carrying 4.5mm single-shot “lipstick” pistols as weapons. But there is no factual data on how many men were assassinated after meeting up with these lipstick-pistol-packing KGB agents. Still, the  International Spy Museum displays one confiscated from a KGB agent in the mid-1960s. These Soviet-issued lipstick pistols were also known as the “Kiss of Death.” 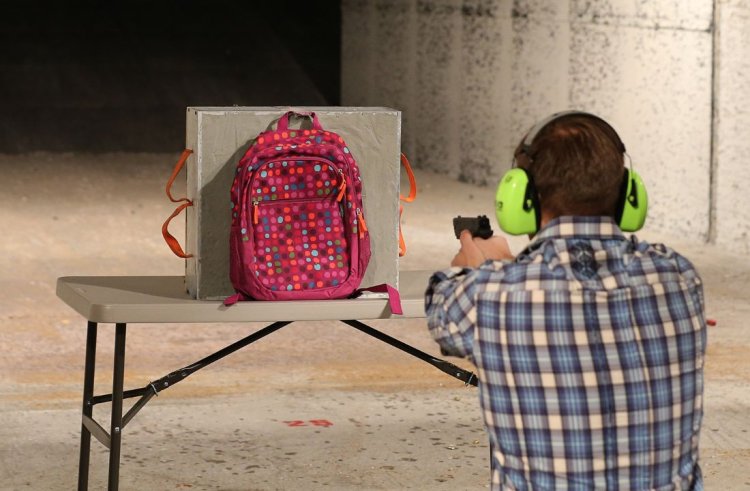 When it comes to headphones, the first image that comes into our minds is a man sitting in front of a huge computer setup wearing headphones, gear-listening to conversations, sending and receiving information and triangulating locations. However, that is not the case when it comes to the espionage tool that we are talking about.

In Afghanistan, 2009, a CIA officer found himself trapped in an alley with an armed gunman. The agent was shot twice with a rifle. The surprising part is a shot hit each of his headphones on either side but protected him from receiving two bullets to the head. So, maybe they weren’t exactly bulletproof… just a few inches to the right or left, and the agent wouldn’t have survived. But reports have also mentioned that the governments of many countries are working on perfecting the design of these headgears for further usage in the future. 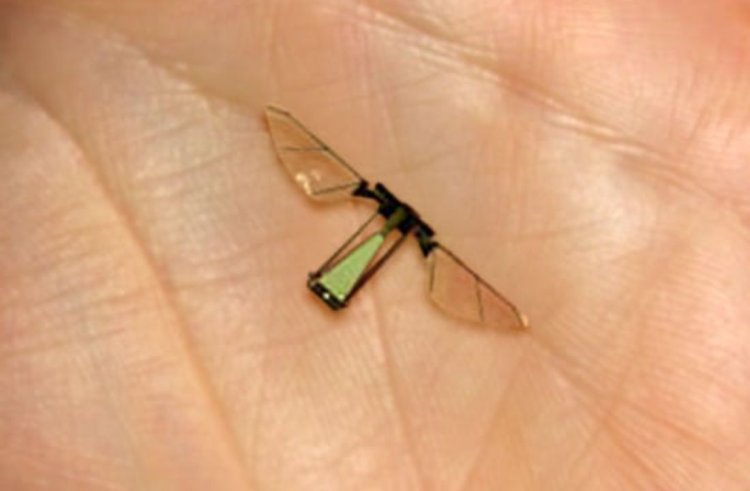 Spy agencies always have a need of bugging conversations and being up to date. The CIA is no exception, so in the 1970s, they created a mini robot, which is called the Insectothopter. This miniature robot was shaped like a dragonfly with a little engine and a tiny microphone inside its head. It could fly 650 feet for about 30 seconds, just enough to land next to someone whose conversation they wanted to hear.

The tool worked well indoors, but outside they discovered it was too light to handle even slight breezes, which prevented it from being controlled.

The idea of using bugs in order to get information was always loved by the Russians as well. And now after years, the CIA successfully deploys a remote-controlled insectothopter much smaller than the original dragonfly.