It is time to look at every show on Netflix in October 2022. This is an early telecast of all the latest TV shows and movies set to debut on Netflix throughout October, including new Netflix Originals and licensed titles. Now let us quickly dive into the list of shows next month! 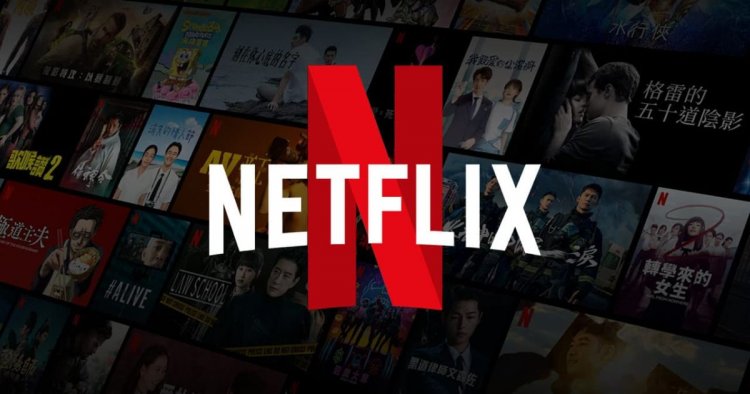 A reality series from Spain.

Adventure by adventure, challenge by challenge, giggle by a giggle, yip yip! Join Chip, their pals, and Potato for another season of learning and growing.

Film at the historic Brooklyn Academy of Music, Hasan Minhaj is back on Netflix with his second stand-up comedy special, Hasan Minhaj: The King's Jester. In the hilarious performance, Hasan shares his thoughts on fertility, freedom of speech, and fatherhood.

A boy and an aging billionaire bonded against books and their first iPhones. However, their mysterious connection refuses to die when the older man passes.

The Trapped 13: How We Survived The Thai Cave (2022) - Netflix Original Documentary

In this documentary, members of the Thai youth soccer team tell their entire stories of getting trapped in Tham Luang Cave in 2018 and surviving.

A man who looks after cars parked on his turf protects his livelihood when traffickers attempt to make him and his pals sell drugs on the streets.

The Sorrows of Young Yuguo (2022) and Joys - Netflix Original Documentary.

In this moving documentary, teen Yuguo is on the adventure of a lifetime as he leaves China to pursue his passion for Romanian literature and culture.

Joe Berlinger presents new audio tapes of the infamous killer in this docuseries.

As Northern Ireland takes a huge step into the future, so do our girls, but not without hitting a few messy stumbling blocks.

French comic Kev Adams, at 30, gets up close and personal about how life has changed since his huge break 12 years ago, and not always for the best.

Amid the onset of andropause, a 50-something family man becomes captivated with change and decides to regain happiness. Then he bungles it up completely.

Inside a hospice for terminally ill teens, exclusive club members make a chilling pact: The first to die must send a sign from beyond the grave.

This is a restarted reality series hosted by Alex Wagner.

Bubble-shaped boy James questions anything and everything that annoys him. And the final result is an awesome life of odd adventure with his two best friends.

Native American siblings Kodi, Eddy, and Summer have a secret: They're "Spirit Rangers" who help protect the national park they call home!

A marriage counselor tries to dissuade his warring clients from getting a divorce while juggling his romantic difficulties.

With topics ranging from tight rompers to awful bras to why every man needs a box spring, Iliza remains her generation's hilarious, affecting voice.

Explore the wild, wondrous Vancouver Island, where the ocean nurtures all life, from bald eagles fishing to sea wolves swimming in frigid waters.

Talented home cooks and their skills and creativity are to the test, making delicious, fast, easy dishes that are delicious — and worthy of a big cash prize.

Nutty Boy is an out-of-the-box kid with fantastic ideas who loves involving everyone in his adventures, even though they don't usually go as planned!

Matt Wright and his fearless crocodile team of wranglers catch and relocate some of the world's most ferocious reptiles in Australia's wild Outback.

Barney, Norma, friends, and Pugsley encounter a slew of strange recent creatures, from angels to evil twins to an army of deranged Pauline Phoenix dolls.

In a distant future where human beings are forced to leave Earth, a spacecraft carrying a 3D-printed crew of specialists is sent to terraform a new planet.

Biopic series on the creation of Spotify.

To fulfill his mom's dying wish and avoid being removed from her will, an inflexible bachelor hires an actress to play his fiancée. 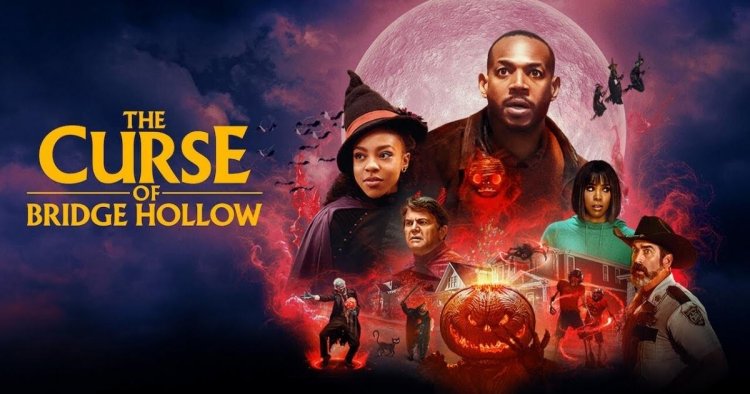 Marlon Wayans and his teenage daughter - Priah Ferguson, are forced to team up and save their town after an ancient and mischievous spirit causes Halloween decorations to come to life and wreak havoc.

A family holding a shocking secret starts over in Madrid, where new relationships complicate their plans, and the past begins to catch up with them.

Renowned singers pull out all the stops to give a song of their choice the biggest live performance they can muster, all in a single take.

Under the Queen's Umbrella - Netflix Series

A spirited queen decided to rein in her rowdy sons to make one of them the next king of Joseon while her competitors vie to snatch the throne.

Food-loving friends Mochi and Waffles get cooking in their restaurant, where hungry customers come to feast on flavors from all over the world!

A glimpse into the world of the songstress called the "Anime Song Queen" as she reflects on the initial decade of her career and looks to the future.

When their recent heist goes wrong, three older female burglars evade officials by hiding in a nursing home — where they uncover a sinister secret.

After courting through the walls of private pods, men and women put the power of blind romance to the test in this fan-approved reality whirlwind hosted by Nick and Vanessa Lachey.

Inspired by genuine profiles from French firefighters, this drama series explores the impact of the 2019 fire of Notre Dame on a diverse group of Parisians.

The School for Good and Evil (2022) - Netflix Original Film

Best friends Agatha and Sophie find their bond put to the test when they've whisked away to a magical school for future fairy-tale heroes and villains.

An undercover cop forms an intimate relationship with a murder suspect while trying to earn his trust and elicit a confession.

Three teams each spend more than 28 days in some of America's most haunted locations for a paranormal experiment based on the theories of Ed and Lorraine Warren.

This documentary is about the descendants of enslaved Africans on an illegal ship that arrived in Alabama in 1860 and sought justice and healing when the craft's remains were discovered.

An artist romance a chef in Italy and embarks on a life-changing journey of love, resilience, loss, and hope across cultures and continents.

Arrested for Michaella McCollum, smuggling cocaine offers a firsthand account of her incredible journey through the illicit world of drug trafficking.

In a magical world of Japanese gods and spirits, a courageous girl strives to follow in her curious father's footsteps and find her true powers.

Ash and Goh chase their goals and embark on more amazing adventures as their journey through the wild world of Pokémon continues.

Franco Escamilla takes the stage in California for a comedy show filled with humorous observations on gossiping, the pandemic, and airport experiences.

A psychological thriller inspired by one of the true stories of  The Monster of Amstetten.

In this adventure interactive, Barbie goes on a cross-country trek with friends and makes huge decisions about the future. Which dream will she choose?

Blade of the 47 Ronin

It is good to be Fortune Feimster. Move at the Chicago Shakespeare Theater, the always loveable and incredibly charming comedian and actress are back for her second hour-long Netflix comedy special, Good Fortune.

From his rise as a business executive to his plummet into international notoriety, this is one of the true-crime documentaries that examine the bizarre story of Carlos Ghosn.

Amy, a compassionate nurse and single parent struggling with a life-threatening heart condition, is stretched to her emotional and physical limits by the hard and demanding shifts at the ICU.

However, help arrives when Charlie, a thoughtful and empathetic fellow nurse, starts at her unit. While sharing long night shifts at the hospital, the two develop a strong and devoted friendship, and for the first time in years, Amy truly has faith in her and her young daughter's future.

In 1987 Poland, a police officer investigating curious disappearances infiltrates a remote monastery and discovers a dark truth about its clergy.

Turkish drama about a family who met 30 years after they migrated.

In this exciting supernatural adventure series, a teen tracker follows in his late father's footsteps to uncover a conspiracy in the magical world.

Step off the private jet and a high-flying circle into Dubai, where lavish parties, jaw-dropping fashion, and stunning skylines are the norm.

The McKellans grow in more ways than one as unexpected struggles put their strength to the test. However, no matter what, it's still family over everything.

Living her single good life, romance is the last thing on Anzu's mind until a tiny match-making wizard suddenly turns her life into a clichéd romcom.

The Devil Himself and The Bastard Son -- Netflix Series

Jay Lycurgo - "Titans" and Nadia Parkes - "Doctor Who" star in this bloody and breathtaking fantasy series based on the "Half Bad" books by Sally Green.

"I AM A STALKER" - Netflix Documentary

From the producer's stand, "I Am A Killer" is a true-crime docuseries told from the perspectives of stalkers and survivors.

If Only - Netflix Series

Ten years into a disappointing marriage, Emma struggles to cope — until she gets an unbelievable opportunity to live the past decade again.

My Encounter with Evil - Netflix Documentary

In a chilling series about how all three women faced wicked plans from their voices, we learn horrifying real testimonies about possessions, infestations, and exorcisms.

From the delightfully evil minds of Henry Selick and producer Jordan Peele backs Wendell & Wild, an animated tale about scheming demon brothers Wendell (Keegan-Michael Key) and Wild (Peele) - who enlist the aid of Kat Elliot - a tough teen with a load of guilt - to summon them to the Land of the Living.

Wild is the Wind - Netflix movie.

Corruption and Racial tensions come to a head in a little, segregated town after the police find the body of a young Afrikaner girl in the bush.

After Nurmi and Karppi reconcile, the pair dives into a case involving a pharmaceutical promise, a mysterious symbol, and a deeply disturbed murderer.