"Love Actually" is a hard movie to talk about

Either people love it or they write a lot about how bad it is. If the movie comes up at a party, it's sure to start a fight. Some people say "Love Actually" is the worst movie ever made. Others say it's a good-naturedly messy movie about messy people in a messy world. Either way, I think most of us can agree that the dancing scene is great. 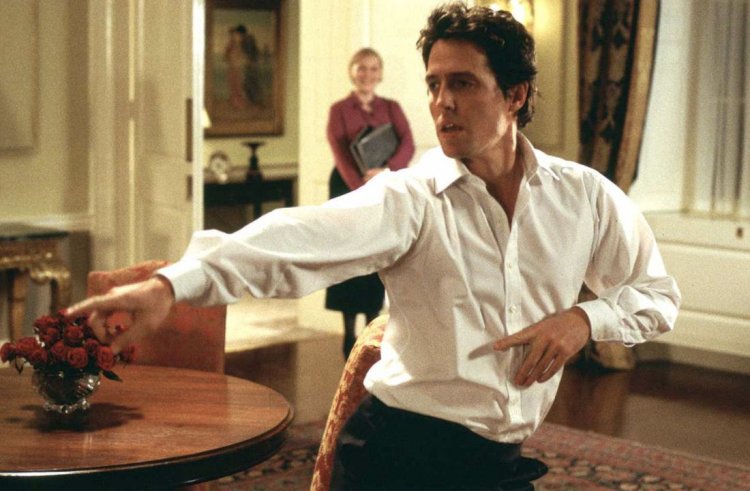 Hugh Grant plays the leader of the UK in the movie. He is young, good-looking, and single. In a 2013 interview with the cast of "Love Actually" that was updated in 2017 by the Daily Beast, Richard Curtis said that the idea was from former Prime minister Ted Heath, who was single when he was in office. Curtis says that he has always wondered what would have happened if Heath had fallen in love with someone while he was in charge of the country.

At one point, a radio station plays "Jump" by the Pointer Sisters for the Prime minister, and Grant's character dances through 10 Downing Street until he realizes he's being watched. It's the best part of the movie, no matter what you think of it, but Grant really, really didn't want to do it.

Richard Curtis states in the interview that Hugh Grant was "hugely angry" about it, and I would like to point out that the Daily Beast capitalizes the term "hugely." The statement by Curtis that Grant "truly didn't want his role to be a fake" makes perfect sense. Still, isn't it better to know that those in the power of a nation can at least occasionally dance down the stairs? Grant believed he was being duped when Curtis instructed him to be "a touch sweeter" or "do it with a bit more charm." Curtis says, "Look, it's a nice melody, and for a while, you can forget about all the strange fat jokes in that plot and simply enjoy Grant being a complete idiot." However, Grant did not enjoy it. In a recent interview with Diane Sawyer for the upcoming ABC program "The Laughter and Secrets of Love Actually: 20 Years Later," "When I saw it in the screenplay, I thought, 'Well, that's something I'll detest doing.'"

Also Read: Will Smith is hopeful for an invitation to the Oscars for 2023 but regrets the slap

The Laughter and Secrets of Love Actually

Richard Curtis, who was also interviewed by ABC, stated that he believed Hugh Grant was hoping Richard Curtis would become ill or something so that the dancing scene would have to be deleted. Grant described the dance performance as a "contractual guillotine," which is a dramatic description. Dancing in front of people who aren't moving to the music is awkward and embarrassing if you're not used to it. Even after all these years, Grant admits in the program, "Especially in the beginning when I wiggled my a**," he was not hitting the rhythms properly. He even makes jokes such as, "I'll add my two cents, but I'm one of the people that love it." It's a major humiliation. It is not even remotely on time. It is difficult not to smile when you watch this, despite the fact that it makes you cringe. ABC will air the special "The Laughter and Secrets of Love Actually: 20 Years Later" on November 29, 2022.