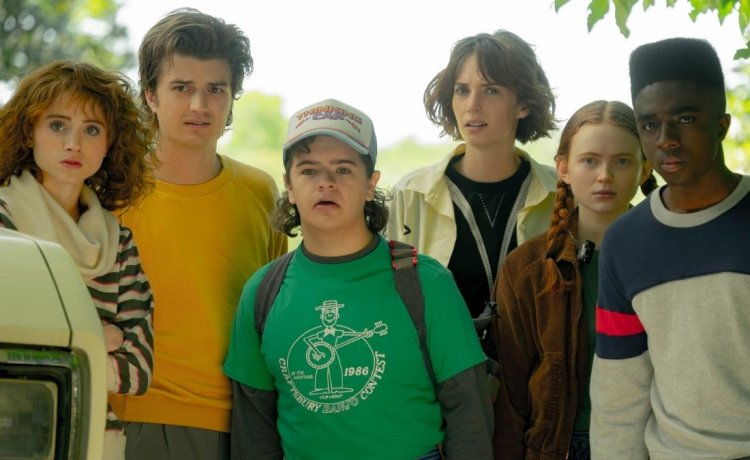 The 19-year-old actor joined the cast of the Tony-winning best musical earlier this month as Jared Kleinman, Evan's close confidant and the story's comic relief.

Matarazzo is expressive as ever in the pics; one snapped as he delivered one of his hilarious one-liners front and center. 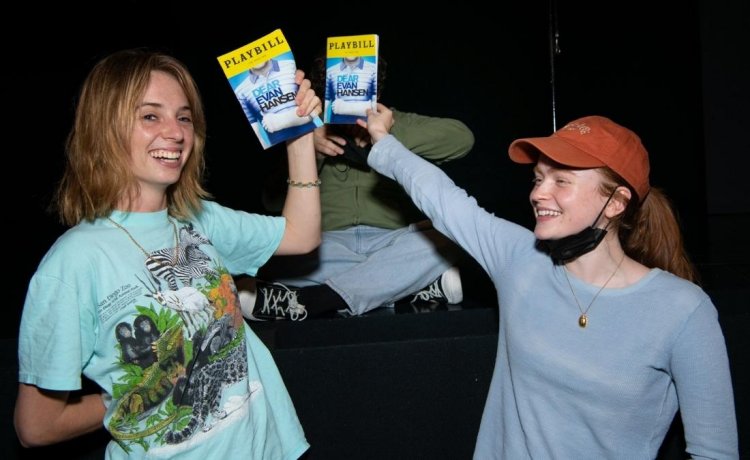 Another two snaps came from Matarazzo's energetic performance of "Sincerely Me," alongside Evan (Zachary Noah Piser) and Connor (Noah Kieserman).

Dear Evan Hansen marks the long-awaited return to the stage for Matarazzo. The Connecticut native, an advocate for cleidocranial dysplasia, a condition that affects the development of bones and teeth, made his Broadway debut at 9 in Priscilla, Queen of the Desert.

He went on to appear in Godspell in 2013 for a one-night-only performance. He was last seen as Gavroche in the 2014 revival of Les Miserables, a role he also played on the 25th Anniversary North American tour.

He said on Live with Kelly and Ryan in May, "I'm so stoked," adding, "I got the news a little while ago, which is so mean because I want to tell everyone in my entire life and I haven't been able to until now. Now I can, and I'm so excited!"

In a statement, he added, "Words could never express how truly honored I am to be a part of this company," adding, "This show has taught me so much about myself and to be able to participate in any capacity, let alone on Broadway, makes me want to melt. I am ecstatic to be back on stage and eternally grateful for the opportunity."

Matarazzo's first performance in Dear Evan Hansen was on July 19. In the audience were his Stranger Things costars Maya Hawke, 24, and Sadie Sink, 20, who supported their pal and posed with him for pictures afterward.

Related: Maya Hawke shares her support for mother Uma Thurman following her abortion: 'If she didn't have it, I wouldn't exist
<>

A source on the scene exclusively told PEOPLE, "They surprised him, which was super cute!" adding that the two praised Matarazzo for his performance. "Maya and Sadie loved the show."

They weren't the only ones who turned up on Tuesday as viewers of the hit Netflix show flooded the theater to cheer on Matarazzo. The insider added, "Stranger Things fans turned up for Gaten's first performance. He got huge entrance applause. And there were tons of fans outside at the stage door. It was mobbed!"

While Matarazzo did his best to greet them all, Hawke and Sink made their exit and didn't need to travel to the Upside Down to do it, either. The source joked, "Maya and Sadie walked out the stage door unnoticed and ran down 45th Street."

Written by the Tony-winning composing team of Benj Pasek and Justin Paul from a book by Steven Levenson, the show tells the story of an anxiety-plagued high school loner named Evan who's paralyzed by the hyper-connectivity of social media and forced to watch the world from the outside looking in.

Trying to improve his self-image, Evan writes himself a letter mistaken for a classmate's suicide note and rides that error to popularity. (The story is loosely based on Pasek's experience in high school).

Since opening on Broadway in December 2016, the Stacey Mindich-produced show has become a sold-out smash, its message of mental health awareness, teenage isolation, and the importance of inclusiveness resonating with audiences of all ages. The musical won six Tonys, the Grammy for best musical theater album, and the Oliver for its London production.

Peter, who plays Evan on Broadway, is making history as the first Asian American actor to play the role full-time. The production also currently stars actress Jessica Phillips, who starred with Matarazzo in Priscilla a decade ago.

But sadly, Broadway performances won't be happening for long. It was announced that Dear Evan Hansen would be closing on Sept. 18.

The production will have 1,678 regular performances and 21 preview performances at closing. The milestone makes it one of Broadway's 50 longest-running shows.

Last month, Ben Platt, who originated the role of Evan, won a Tony for his performance and went on to play the part on-screen in the 2021 film adaptation, opened up about the closing news to PEOPLE.

Platt, 28, said, "It had a beautiful, long run, and it was very of the moment, and now we're at a new moment and it's time for new pieces, but I think the legacy will live on and in the ways that it changed lives of a lot of young people and opened a lot of conversations," adding, "I just hope they have a beautiful last couple weeks."