Sami Sheen, the daughter of Charlie Sheen, Denise Richards wears a bikini and a Santa hat on the occasion of Christmas

Sami Sheen, the daughter of Charlie Sheen, Denise Richards wears a bikini and a Santa hat on the occasion of Christmas

On Tuesday, Sami posted the flirtatious but holiday images to Instagram with the clever message, "The Grinch stole my clothes this year."

While on vacation in Whitefish, Montana, the Los Angeles resident copied Kendall Jenner's style and attracted plenty of crude comments with her scanty attire. 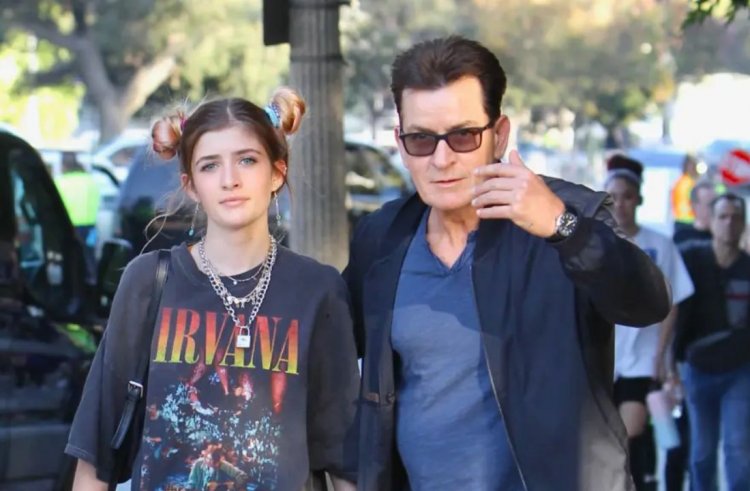 One admirer asked, "You could do that?" Another person commented, "We should all thank the Grinch."

Sami signed up for OnlyFans early this year and teased her new endeavor with a seductive pool photo reminiscent of her mother's film "Wild Things."

Dad Charlie, 57, told news sources in June that his daughter was now 18 and living with her mother when he first criticized her choice to sign up for the seductive subscription-based social platform. This did not happen inside my house.

The "Wall Street" actor continued, "I do not condone this, but since I'm powerless to stop it, I pleaded with her to keep it elegant, and creative, and not compromise her integrity."

Also Read: Drew Barrymore shares that she turned to booze after taking divorce from Kopelman

The 51-year-old Denise expressed her support for her daughter's choice, telling us at the time, "All I can do as a parent is guide her and trust her judgment, but she makes her own choices."

In fact, a week after Sami made her debut on OnlyFans, the former "Real Housewives of Beverly Hills" actress joined herself, with the help of her teen.