Pop star Ariana and the Rose wants you to do this

Pop star Ariana and the Rose wants you to do this 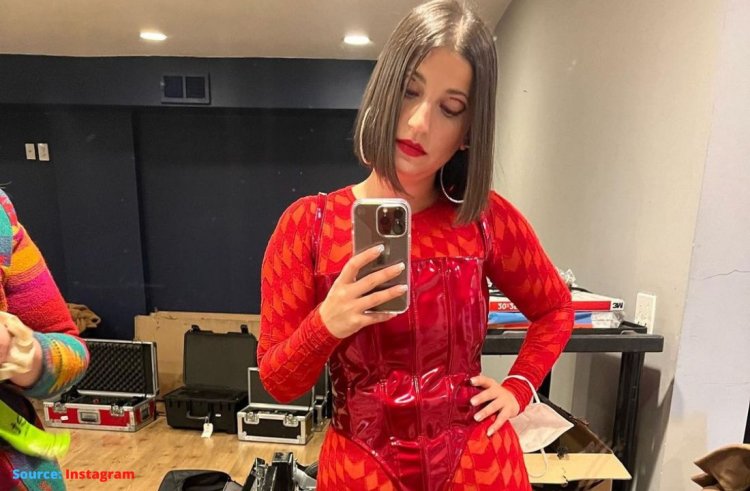 Ariana and the Rose are all ready to jet her career from an indie act to a mainstream star. On Friday, the pop star who hails from Brooklyn released her debut album called “Lonely Hearts Club” which is an impressive dance LP packed with hummable hooks and empowering lyrics that her foremothers like Madonna, Robyn, etc would have been proud of.

Related: Ariana and the Rose Anticipated the Return of Dance-Pop: 'I Trusted My Instincts' Debut Album
<> 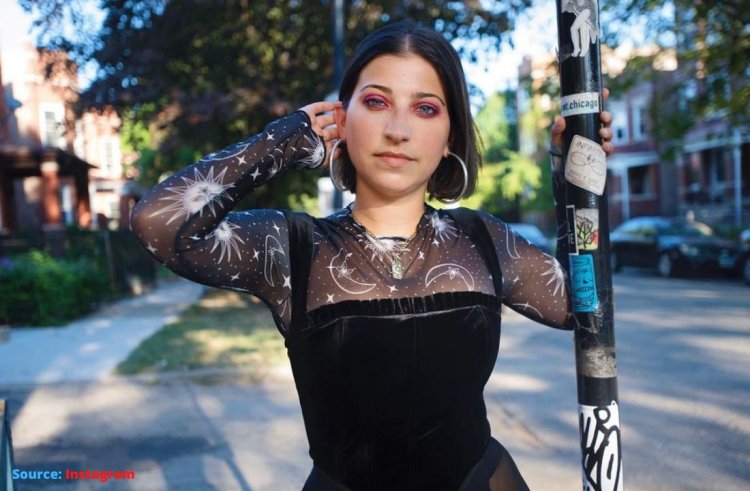 Ahead of the release of her new album, Ariana and the Rose caught up with a source to answer some of the juicy questions from her curious fans. In the interview, she also talked about her journey as an independent artist, predicting the dance-pop revival and finding viral fame on TikTok. 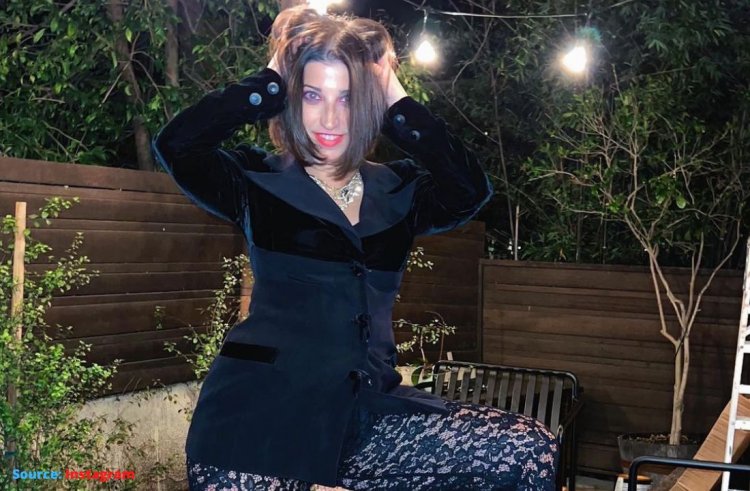 When asked about the songwriting process and what made her realize that this was the direction she wants to go further with the songs, Ariana and Rose replied that she wrote all the songs during the period of the Pandemic when she was in her apartment, all alone without anything to do.

She revealed that she was writing as a coping mechanism which gave her kind of a relief at the end of the day. And those songs which she wrote as a stress reliever made it to the record. Everything she wrote was on a Piano, and the first song she wrote was Lonely Hearts Club”, the second being “Every Body”.

She also added that she wanted the songs to be a little on the dancier side, with a house tinge to them. She wanted to explore all the different kinds of definitions of what dance music is inside of this record. 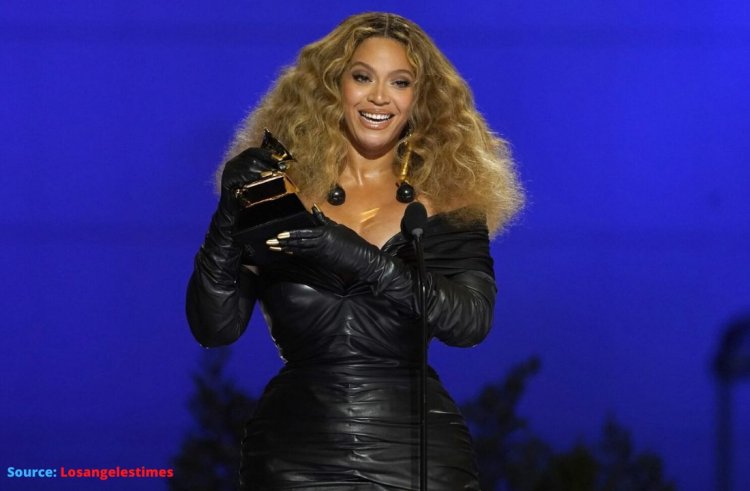 When Ariana and Rose were asked why she wanted to make a house number when the entire industry itself is making them, she revealed that house music always has a resurgence. She also said that It was of zero surprise to her when Beyoncé put out the song “Break my soul”.

She also added that since she was an independent artist she had to start years earlier but it has been a nice validation as she had trusted her instincts while making the album. The pop star also said that she wanted to make something for when the world was open.

The world is where we can dance, sweat, and cry together but during the time she created the album everything was inside everyone but people were all ready to go out which made her create the songs.

Related: The first ever TikTok by Beyoncé has been posted
<> 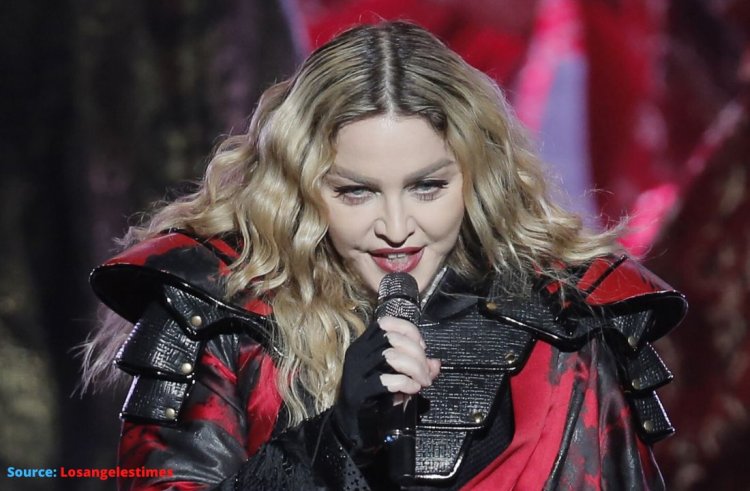 When the pop star was asked about who her inspiration was for the album and its songs she revealed that she is a huge fan of Madonna, Goldfrapp, and Robyn and she also loves women dance music makers, like Kylie Minogue.

She added that our views on dance pop have changed. Britney Spears's “Blackout” was an incredible record, she said but everyone treated the word “pop” like it was a dirty word for a long time, she added. 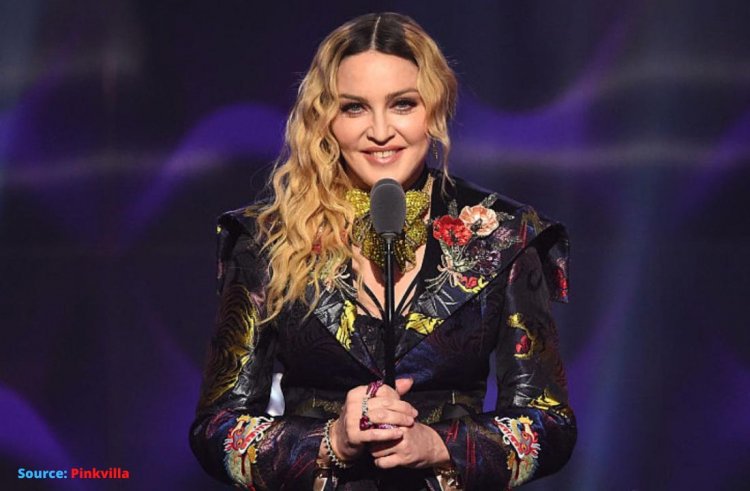 Growing up she revealed that pop was a big thing but later its meanings changed into something bad for people. But she said that she always just loved pop stars that made music that one could dance to, but that had substance.

Just because they were on a dance floor doesn't mean they weren't giving you substance; that's always something she came back to and strives to put into her music, she said. 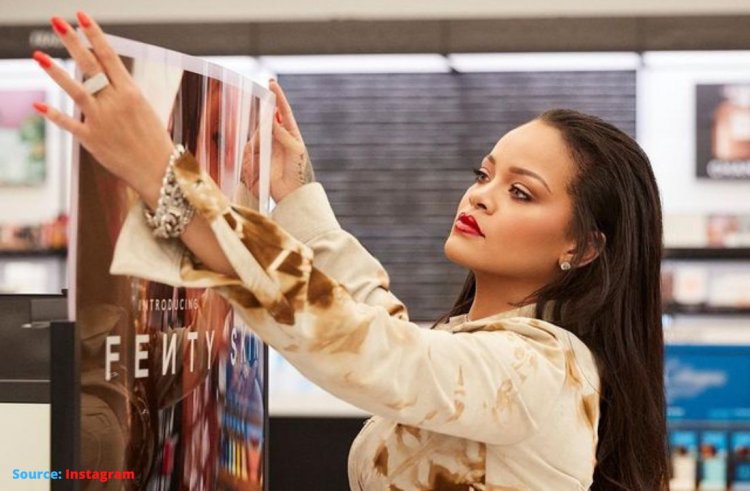 When asked why she chose pop as her genre for music, she started by saying that the first clubs she went were gay clubs and the first thing she ever did was cover herself in glitter and dance at a club in New York underage to Madonna, which was the best of the best experience for her and that was when she fell in love with music.

Music became a religion for people and pop did that to her. She added that when we look at pop stats such as Lady Gaga, and Rihanna along with music they were giving looks and she loves theatre which pop music allows one to do, so she went further with it.

The world with Lonely Hearts Club 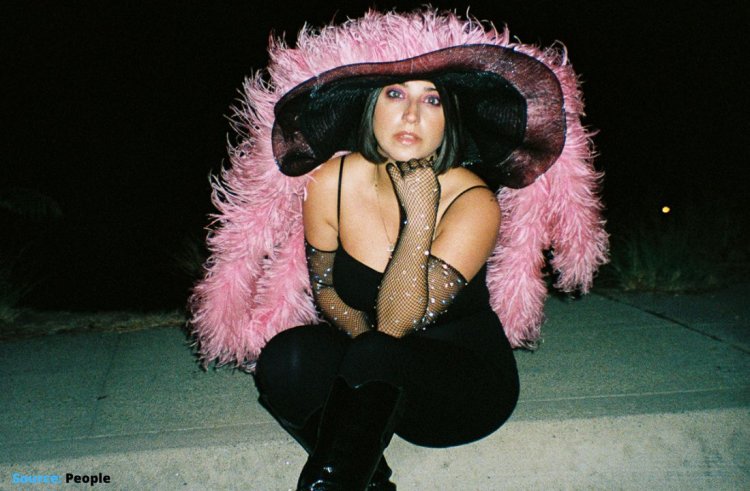 When asked about how she would describe the world made with Lonely Hearts Club she said that it is a literal and a figurative place. It's a club, it's a community for everybody to be a part of. And also it's a physical club for people to go to and dance, sweat, and cry it out in.

“It's the best nights that you have out that you stumble upon, that you don't even mean to have. That's what I want the Lonely Hearts Club to feel like,” she said.

A love letter to New York 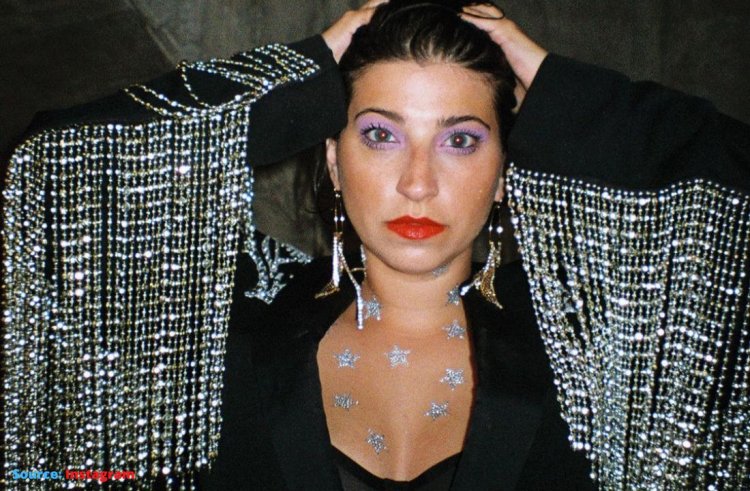 When asked about how the city of New York had shaped her as she has a love letter to it in her album, she revealed that she had the plan and dream to move to New York City even when she was 11 years old. She grew up on Long Island and moved to the city when she was 13 years old to go to a performing arts high school, and it shaped her whole life, and her whole perspective.

She was immediately around artistic people, people from all different walks of life, a part of this community of misfits and weirdos. New York is a city where people come to be themselves, and that's a cool thing that made her love it even more. 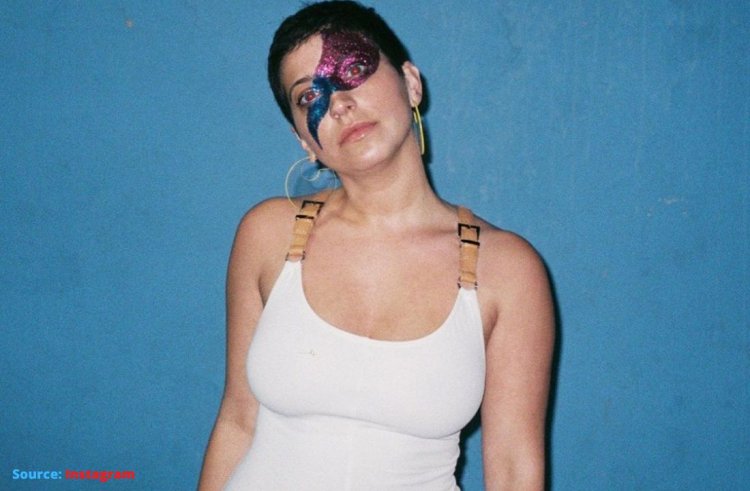 When asked about her song of the same name “F-boy”, Ariana and the Rose revealed that she is dating someone and has had a boyfriend recently. The relationship is making her feel a re-entrance as she was single for quite a long time, so the song as well was inspired by “F-Boy”.

She added that coming out of a relationship right before Covid and spent all of really doing therapy, really digging in. Writing an album while dealing with past traumas and things was so cathartic, but it was wonderful because she was constantly thinking of her experience which can also be of the universe. 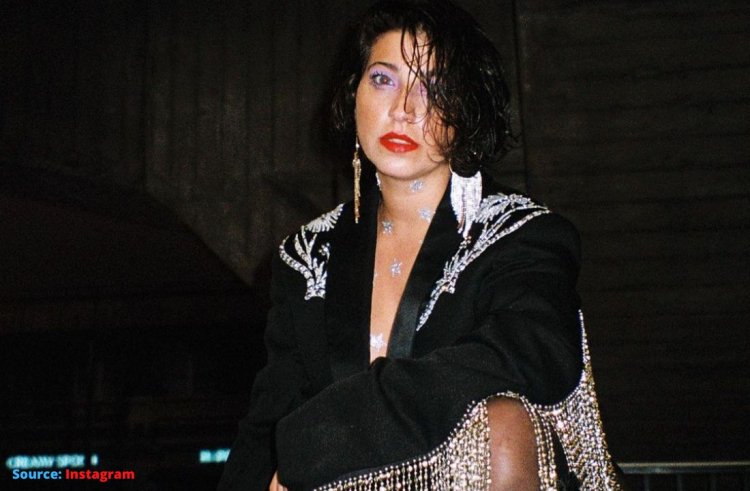 When the topic of her “Piano Chats” going viral on TikTok was brought up, she revealed that she never believed that it would happen. It's not music, but it's a weird side step from it that's very close to the core of who she is and what my music is about, she said.

“I'd like to think that, if you see one of those videos or listen to a song — whichever way you get introduced to me first —  if you see the other thing, hear the other thing and then buy a ticket to the show”, she added. 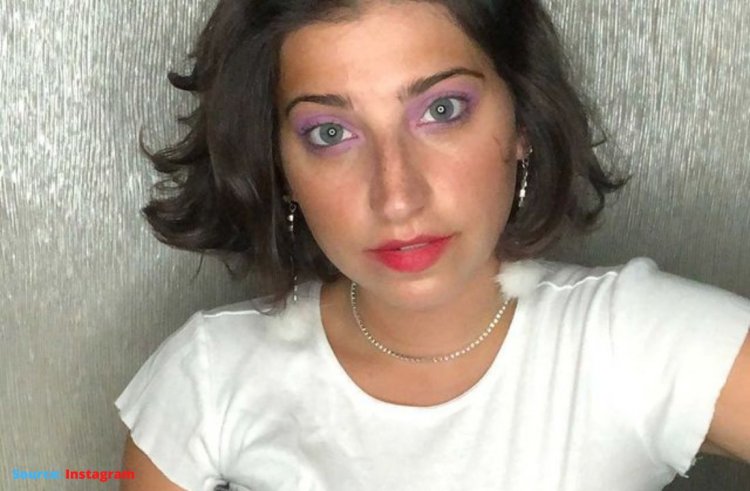 When she was asked about her goals and challenges, she revealed that even if an artist is not a label, finding a home, and finding their audience is her dream for them. She added that she would rather mean everything to 100,000 people than have millions of people feel lukewarm about her.

She thinks that finding the people that understand an artist’s messages and also making the music touch people’s hearts is all one wants.” I make it for me, but the final piece of anything is to give it to your audience, to play shows.” she said. 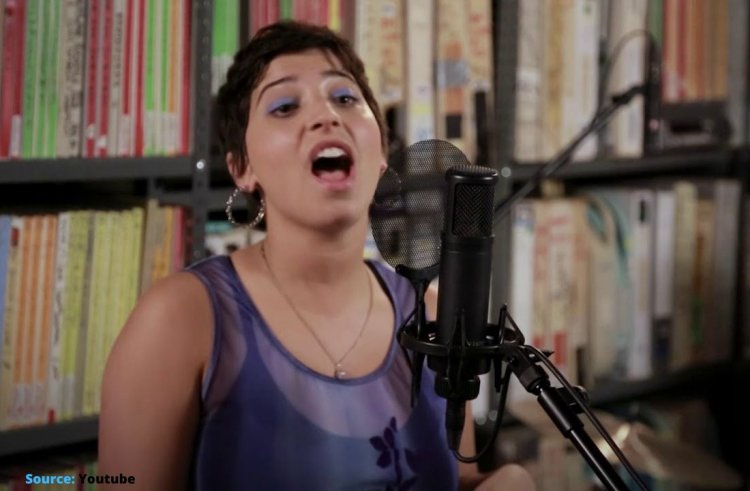 “I would say that's always been my benchmark for success: selling tickets and playing rooms. And in pop music, with independent artists, I think it's the most gatekeeping. We've seen in rap and R&B where independent artists can find homes and ultimately cross over to the mainstream — I would love to be able to do that and set a precedent for that.

And I just come back to, if you find your people, they will rally for you the way you rally for them. That's all I'm ever trying to do.” the pop star said in the interview.