Millie Bobby Brown is back!

Entertainment Weekly and PEOPLE have an exclusive first look at Enola Holmes 2, which sees Millie Bobby Brown, 18, reprise her role as the titular teen detective and younger sister to Mycroft (Sam Claflin in the first film) and Sherlock Holmes (Henry Cavill). 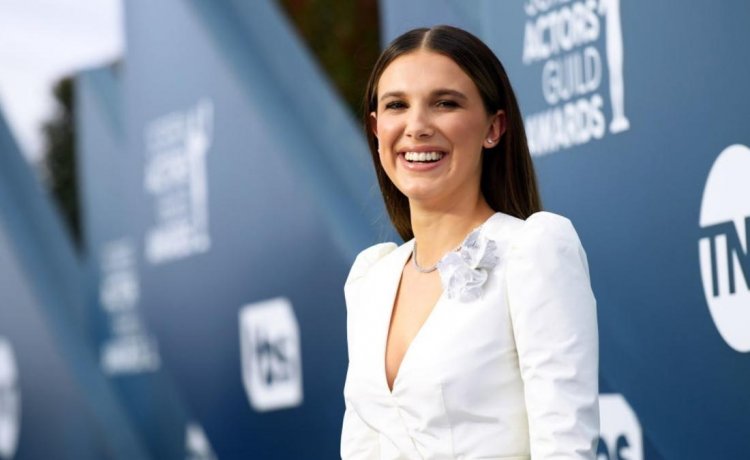 Aside from Brown and Cavill, 39, Helena Bonham Carter is returning in the Netflix film as the trio's mother Eudora, and Louis Partridge will reprise his role as Enola's love interest, Viscount Tewkesbury. They will be joined by other returning cast members, including Adeel Akhtar and Susan Wokoma, as well as new faces like Sharon Duncan-Brewster and Harry Potter's David Thewlis.

The official logline for the film reads, "Now a detective-for-hire like her infamous brother, Enola Holmes takes on her first official case to find a missing girl, as the sparks of a dangerous conspiracy ignite a mystery that requires the help of friends, and Sherlock himself, to unravel."

RELATED: Stranger Things Season 5: Everything You Need to Know

The sleuthing siblings become partners by the end!

Regarding Enola and Sherlock, returning director Harry Bradbeer said that the sleuthing siblings "are going to find themselves working together, but not in the way they expect" in the sequel and will "become partners by the end" of the film.

The sequel sees Carter, 56, play "a very active role" alongside onscreen daughter Brown, including one scene in which she saves Enola via "a very explosive escape" with the help of Edith Wokoma, 34.

He said, "Tewkesbury is going to play a big part in the second film because Louis was such a hit in the first, and we have enjoyed building the romance between him and Enola in this."

And while the first movie "was about Enola being alone" (her name is "alone" spelled backward, after all), Bradbeer said the sequel features "a story in which we go from 'I' to 'we.' "

He explained, "It's about an individual who knows to find their allies and the value of friendship and cooperation. And that's a theme that runs through the whole film."

Bradbeer says Cavill and Brown's sibling dynamic was natural, as their characters have "a classic older-brother/younger-sister relationship" that persisted offscreen in some ways.

RELATED: Millie Bobby Brown's Life Will Never Be the Same After Stranger Things

He shares, "They teased each other and just picked up on each other's little foibles. Millie was always joshing, very gently, Henry, and I think he loved it."

In Carter's case, Bradbeer says she "relates a lot to Millie, because like Millie, she was a very young actor" who "started starring in films when she was around Millie's age now, and she knows the pressures and the challenges of starting at a very early age."

He added, "And I think she has given her advice and support and kind words. Not that Millie needs a great deal of support — she's very good at standing on her own two feet — but I think Helena always has a lot of affection and strong relation to the way Millie's had to lead her life."

Enola Holmes 2 also marks the second time Carter has reunited with a Harry Potter costar for the films, after starring with Fiona Shaw in the first movie.

As per PEOPLE, Bradbeer said Carter and Thewlis, 59, have "a real rivalry" in the sequel, a departure from their Harry Potter roles, in which Carter played a baddie and Thewlis a hero.

Bradbeer said, "With Enola 2, David is an utter villain. In Harry Potter, he was a kinder, more benign figure. So the dynamic's a little different."

RELATED: A tattoo artist shares a video of Cardi B getting her face inked

The movies are based on the Enola Holmes Mysteries books by Nancy Springer. After the first movie premiered in September 2020, it quickly became a hit with both critics and viewers, debuting at No. 2 on Netflix's most-watched list, according to Forbes.

And while Bradbeer "was delighted and astonished at the success of the first" movie, he said he felt "quite a pressure to make a sequel that lives up to the expectations from the first," alongside screenwriter Jack Thorne.

The director says, "We took that very seriously, and we were determined that the second film would be on a bigger scale with more action, and go even deeper, and deeper emotionally, in terms of where Enola was going to go on her journey."

He continues, "She had to grow up in the course of the second film, and to meet also a more grown-up audience. A lot of those fans are now two years older, and we wanted to make sure they were satisfied and that we were meeting their expectations and their intelligence."

Bradbeer added, "It's a challenge, but I think we've met it."

Cavill said of his character's role in the sequel, "In this film, we find a Sherlock that has started to fall apart. He has found a challenge that has proven the better of him, and it is leading him towards a slippery slope, a slope that only Enola has the capacity to pull him back from."

Brown said, "We left Enola Holmes in a state of growth and self-acceptance and it felt nice to close on such a high," adding, "In Enola Holmes 2, we open with her on the run, which is very fitting and Enola-esque, because she is one to love an adventure! She takes on a case that is actually quite intriguing. It's got a lot of twists and turns."

The Stranger Things actress said, "It was so amazing to work with Harry Bradbeer again, too," adding, "He's exceptional. Out of everyone in the whole entire world, he knows Enola more than me, which really annoys me, because we have debates on it all the time. We both know her so well, we have these debates because we love her so much."

Brown added, "We share in common feminism, Phoebe Waller-Bridge, Jodie Comer, Enola, and the love that we have for one another, and each other's pets. I really owe it to him for the growth of Enola and me as a person."