Catch The Glimpses On the 2023 Golden Globes Nominations

Catch The Glimpses On the 2023 Golden Globes Nominations

Golden globes of this year are announced here. After taking off the air in the mid of controversy, the awards returned to NBC in January after the internal changes that the ‘Hollywood Foreign Press Association does.

The ceremony will be hosted by a comedian, Jerrod Carmichael. On Monday morning, the daughter of George Lopez, Mayan, and actress Selenis Leyva declared the 2023 nominations. But Lopez, at the age of 61, tested positive due to an epidemic, Covid, and had to sit it out. 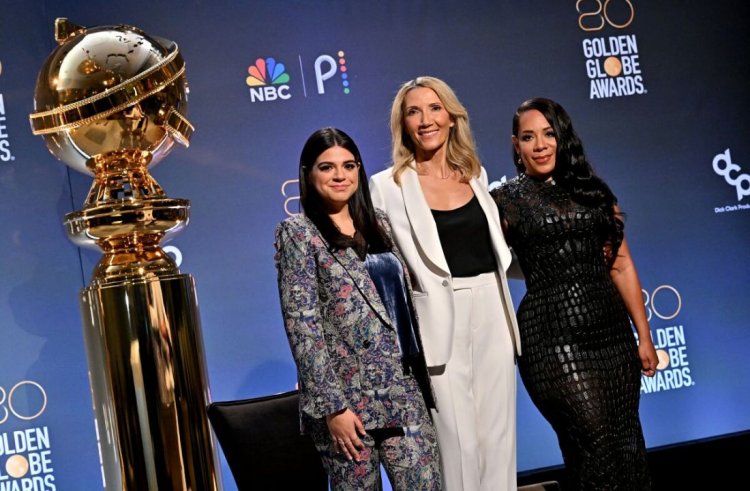 There are around 27 categories across various films and television, with five nominees in each. Among those films, ‘The Banshees of Inisherin’ proceeded with eight nominations, after ‘Everything Everywhere All at Once’ with Six, ' The Fabelmans’ and ‘Babylon,’ with five.

Talking about television, ‘Abbott Elementary’ had five nominations, after ‘The Crown, Dahmer- Monster: The Jeffrey Dahmer story,’ ‘Pam & Tommy,’ ‘The White Lotus’ and ‘Only Murders in the Building’ all have four nods each.
The 80th Golden Globe Awards Ceremony will be live on January 10, Tuesday at 8 p.m. on Peacock and NBC.

Who are the Nominees for the Best Picture, Actor, and Animated Movie?

You can have a close look at the nominees for the Golden globes. The nominees for ‘the best picture’ (Drama) are Avatar: The Way of Water, Elvis, The Fabelmans, Tar, and Top Gun: Maverick. While for the best picture (Musical or Comedy), the nominees selected ‘Babylon,’ ‘The Banshees of Inisherin,’ ‘Everything Everywhere All at Once,’ ‘Glass Onion: A Knives Out Mystery’ and ‘Triangle of sadness.’

If you’re eager to know the best-animated film nominees, then they are ‘Guillermo del Toro’s Pinocchio, Inu-Oh, Marcel the Shell with Shoes On, Turning Red, and Puss in Boots: The Last wish. The best actress in Drama nominations is Cate Blanchett (Tar), Olivia Colman (Empire the light), Viola Davis (The Woman king), Michelle Williams (The Fabelmans), and Ana de Armas (Blonde).