With her performance on the show on Wednesday, Jenna Ortega set numerous records and became an overnight sensation. Though every time we check our social media platforms, someone replicates the viral dance with a touch of their own identity thanks to her dance on Goo Goo Muck in the show.

This has led to the creation of a separate fan base for her. Recently, we came across a couple of video covers that completely blew us away and convinced us that they were superior to the originals!  Scroll down.

Jenna's Dance is a Sensation 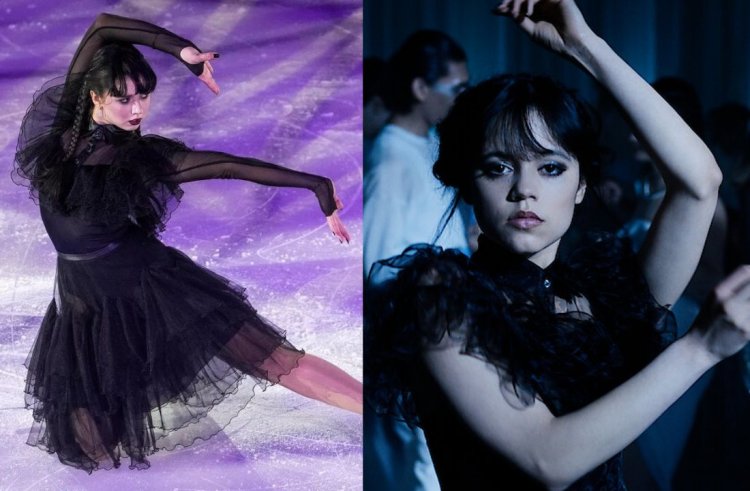 After breaking numerous records, including those set by one of the most popular and trending Netflix episodes, Stranger Things, Jenna has become a household name. The second season of Wednesday is now eagerly anticipated by the audience.

Let's go back to Jenna Ortega's reenactment of the famous dance. We recently came across a skater girl named Kamila Valieva who recreated the Goo Goo Muck dance cover while bringing Jenna's spookiness to her skating dance form. At the Russian Figure Skating Championships, the 16-year-old skater dressed as the character and performed a variation of Jenna Ortega's Wednesday routine.