On Wednesday, Jenna Ortega's Legendary Dance Scene was filmed and became a trend!

On Wednesday, Jenna Ortega's Legendary Dance Scene was filmed and became a trend!

Wednesday is a supernatural comedy horror television series based on the character Wednesday Addams from the Addams Family. You have already seen the glances of a famous dance scene to the tune of 'The Goo Goo Muck' by the Cramps. In the series, the episode 4 moments have gone viral, a shout-out by Lady Gaga. 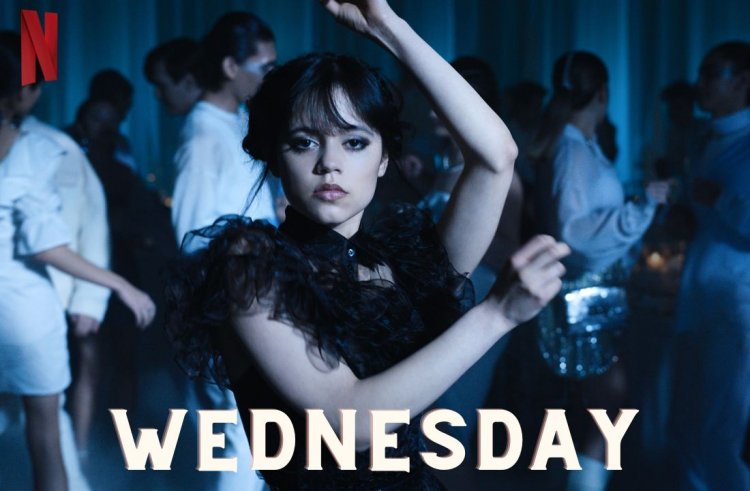 Wednesday's dance scene includes Jenna’s inspo for choreographer and one famous Kardashian who canceled her inner Addams in TikTok. In the promo video, Jenna revealed, 'I choreographed that myself, and I think it's obvious that I'm not a dancer or choreographer.'

Emma Myers and Hunter Doohan expressed how much they enjoyed watching the series. Percy Hynes White, who plays Xavier admitted, 'I can watch an entire show of just this.'Few of Jenna's co-stars shared a sentiment of dance, ' Mind Blowing.'

Jenna expressed her gratitude for those who inspired the dance in a separate tweet, ‘Thanks to Siouxsie Sioux, Bob Fosse’s Rich Man’s Frug, Lisa Loring, Lene Lovich, Denis Lavant and also footage of goths dancing in clubs of '80s who helped me out'. Lisa is known and played Wednesday at six years old on the 1964-1966 sitcom of The Addams Family.

The dance was too good as many TikTok users have recreated for themselves in a trend set. Kim Kardashian's eldest starts in a clip singing along to 'Bloody Mary’ before appearing in a sparkly black-and-white filter full of Wednesday-inspired hair and makeup. The trend was so popular as it got a shout-out from Lady Gaga, who extended an invitation to Wednesday.

Also Read: Lily Collins had a father's hair transformation after a haircut