Popular<> David Toborowsky, the star of 90 Day Fiancé, amused viewers by displaying his six-pack abs after losing weight<>. David is well-known to viewers because of <>90 Day Fiancé season 5, in which the recently divorced American man married Annie Suwan, a much younger resident of Thailand. <>

David didn't care that they were separated by 24 years because he had only known Annie for ten days when he proposed to her after hearing her sing in a karaoke bar. <>David underwent a big life crisis. He lost a significant amount of weight, lost his job and house, and suffered a severe stroke. Thankfully for <>Annie and David, their lives were transformed by their celebrity from reality television. 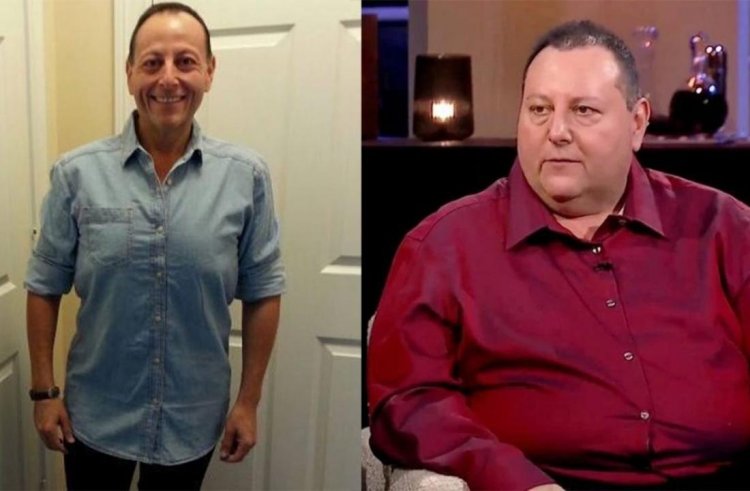 Also Read: Here are the main reasons why 90 Day Fiance Season 9 is so disappointing

David traveled to Thailand to have fun and has now lost all his weight, albeit he never explained how. It's interesting to note that <>David just decided to quit his unhealthy lifestyle and go on a new transformation path after visiting Annie's hometown recently. Beginning in 2022, <>David had shrunk ten pant sizes.<>

On Instagram, <>David has been dancing in celebration of his triumph. But in his most recent image,<> David decided to try something new, posing with his startling <>"six-pack abs." David put on a t-shirt with a picture of a man's bare chest and flexed his arms like it was his own body. <>

David, a celebrity from <>90 Day Fiancé, jokingly said Annie wanted to see him with a six-pack. David laughed, "I hope it impresses her. <>David and Annie are still together because of the message he posted after that: "<>Happy Wife, Happy Life."

Annie remarked on her husband's amusing post, "Sexy mannnnnnn." Fans observed that <>David appeared to have lost quite a few inches despite the t-shirt. David didn't appear to have a belly, and his midsection was slender.<> David's transformation left Memphis Smith from <>90 Day Fiancé: Before the 90 Days speechless. Oh my God, you look amazing, she exclaimed. Memphis, a nurse practitioner by trade, thought <>David appeared to be in good health. "Wow, amazing. Looking fantastic," said Debbie Johnson, a former franchisee.<>

One of<> David's devoted Instagram fans commented, "I had to take a double take lol." Someone else questioned, "Are you certain she didn't mean beer?"<>

Fans know how challenging David must be<> to keep losing weight, especially considering how good a cook <>Annie is. <>David looks terrific even without the phony <>six-pack, and his beautifully sculpted figure is an example to many.<>

David and Annie have been posting photos of themselves on Instagram looking more trim than ever. They have both been open about their current weight reduction journeys. <>David wants to lose another 50 to 60 pounds, while Annie and <>90 Day Fiancé viewers want to lose more weight.<>