Rory Gibson recently shared a video that earned him kudos from his girlfriend and a look of disdain from his pooch.

Rory Gibson who rose to fame from his role as Noah Newman in the show Young and Restless was last seen on the show a year ago in October 2021. Viewers were glued to their televisions for the “wedding of the century” Ashland and Victoria’s nuptials at the Tuscan Villa— when in walked her nephew, who had been living in London, England.

Rory Gibson came into the show as a recast and that part is never easy for an actor but  Gibson seemed made for the part. Not only did he have a similar look to his predecessor, Robert Adamson, but he embodied the character’s mellow personality and the good looks of his “parents”, Nick and Sharon.

Noah was all heartbroken and unhealed when he joined the family

Noah was a heartbroken soul when he rejoined the family and decided to make the move back to Genoa City, having been dumped by a fickle bartender who didn’t want to go the distance. Anyway, Noah then developed a crush on his ex-girlfriend Tessa, who was romantically involved with his sister.

This left a bad taste in the mouth of fans who recalled the animosity with which they parted ways but later Noah realized his feelings for Tessa were inappropriate and fought with them violently by spending his nights drinking and by sleeping with a long line of women who never stuck around.

Eventually, he took to helping Tessa and Mariah plan their wedding, which must have healed him, as he was able to be happy for them and was emotionally ready to move on. Then entered Allie Nguyen into his life. Jack’s granddaughter came to town and immediately bristled at Noah’s lame attempts to crack jokes, which was a sure sign that they were destined to get together.

They even bonded well while debating about Billy’s podcasts becoming cozier than two bugs in a rug with each other. With Noah Newman having cut ties with his dad’s charity, New Hope, in a bid to establish an art-themed nightclub in town, and his romantic life back on track, he took time to look back fondly on an unforgettable moment in his journey — finding out he had landed the role on Young and Restless. 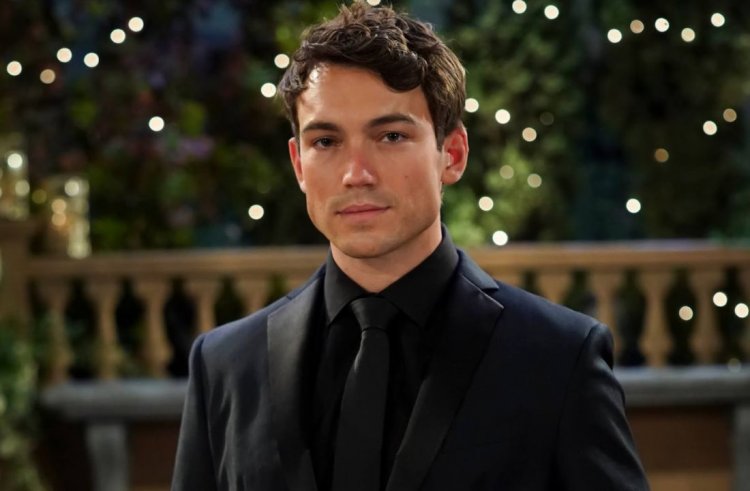 Gibson made an Instagram post chock full of photos of him and various cast members, including a cool shot of him and Joshua Morrow taping a scene as Noah and Nick that shows exactly what it looks like behind the scenes when filming on Crimson Lights’ patio.

Looking back at his work Gibson said, “1 year ago today I walked into CBS and did a screen test for Noah. After a short ride home and about 5 missed calls from my agents, I found out I had gotten the part.”

Happily, the actor shared a video taken by his girlfriend of the very moment he got the big news in which she is hooting her approval while he's pacing around saying, “I don’t even know what I’m feeling right now. My whole body just feels numb,” and one of his dogs hilariously gives him a look of total disdain.

Reflecting on the post, Rory Gibson added, “This past year has been a gift and I’m very grateful to call Young and Restless my home.” And we’re so glad he joined the show!

All his supportive cast members jumped into the comments of Gibson’s social media remembrance, including Courtney Hope with, “Hell yes!”, Connor Floyd with, “Gang, gang,” and others with a parade of emojis. Sharon Case, Sean Dominic, Brytni Sarpy, Cait Fairbanks, and Christian LeBlanc all stopped in to leave their remarks and reminisce about the moments they shared.