Top 10 breathtaking places to visit before you die

While some people view travel as a luxury or even an unneeded burden, others think it is essential to leading a happy life. Others, though, aren't even given a choice to decide. However, if you suffer from wanderlust, you are aware that traveling to the most stunning locations can be a profoundly touching and worthwhile experience. 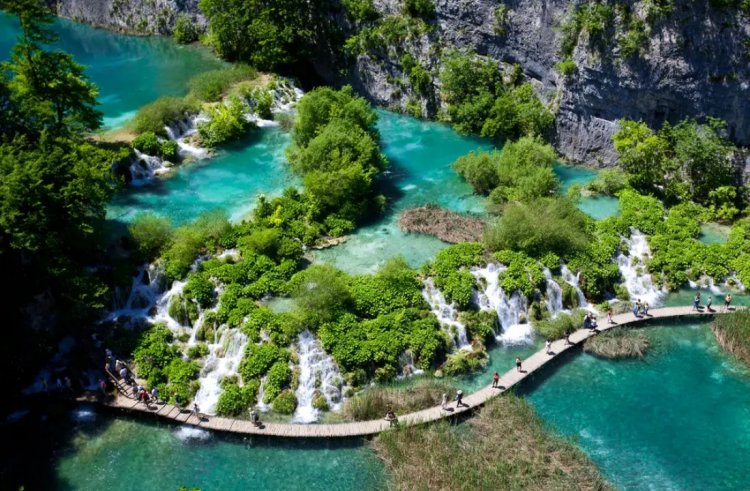 There are many amazing and stunning locations in the world that are similar to heaven, but some of them are simply breathtaking. Here, we'll list some of the most paradisiacal locations on earth that are worth visiting at least once in a lifetime. Do not always seek out the most 'popular' options; instead, venture off the beaten tourist path and truly explore. Keep in mind that sometimes the best surprises can be found in the simplest pleasures.

Perhaps there is no such thing as either heaven or hell. Or maybe there is. But the list that follows indicates that God gave us a tiny piece of heaven right here on earth. 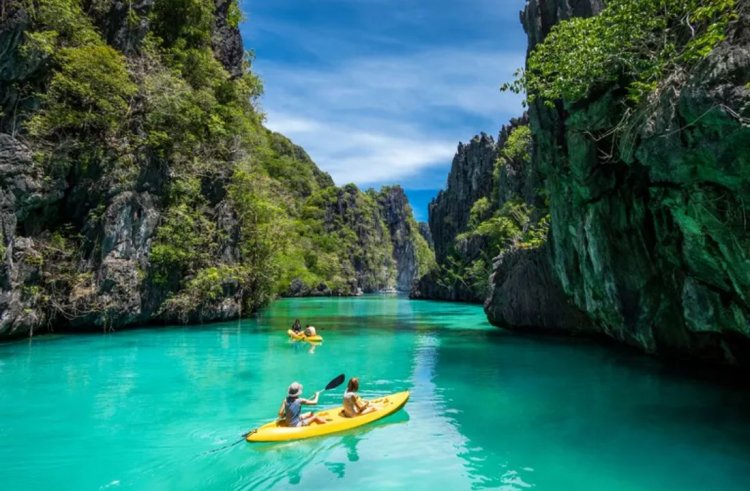 Located in the northern Philippine Archipelago. Particularly when viewed from a mountainside, Blue Lagoon's deep blue coastline offers a magnificent sight. The shoreline is dotted with enormous windmills, which are a significant source of electricity for most provinces. Additionally available in this region of the country are entertainment cruises. The Saud beach offers luxurious lodging and more contemporary amenities. For some tourists and surfers, Blue Lagoon would be a more peaceful option. Pagudpud is home to one of the most important and desirable surf locations in the nation. 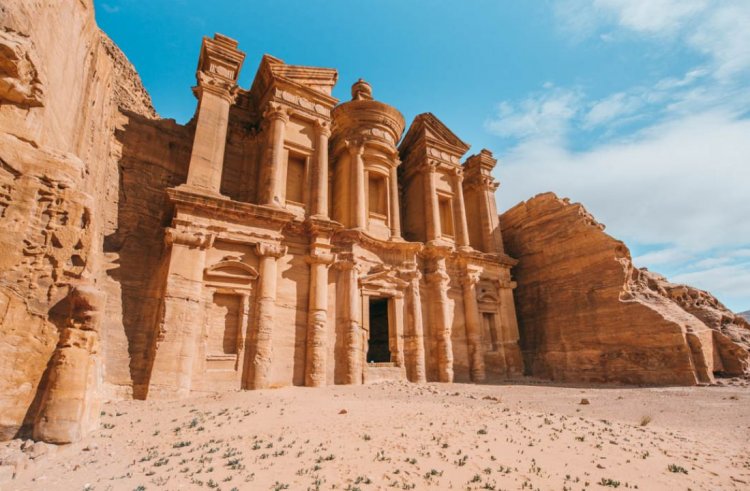 The famous rose-red city of Petra, one of the seven wonders of the world, is a well-known early Nabataean city in southern Jordan. Petra should be your top priority if you have made the decision to visit Jordan. You have never seen anything like the buildings made of solid red sandstone that is found in Petra. In a commanding red sandstone terrain surrounded by mountains, it is a half-built, half-carved city.

Petra, which has been inhabited since prehistoric times, became well-known because of its position at the intersection of Arabia, Egypt, and Syria-Phoenicia. Petra served as a hub for trade between these antiquated civilizations and as a significant hub for the caravans carrying spices from India, Chinese silks, and Arabian incense. One of the largest and richest archaeological sites in the world is Petra, which is a UNESCO World Heritage Site. 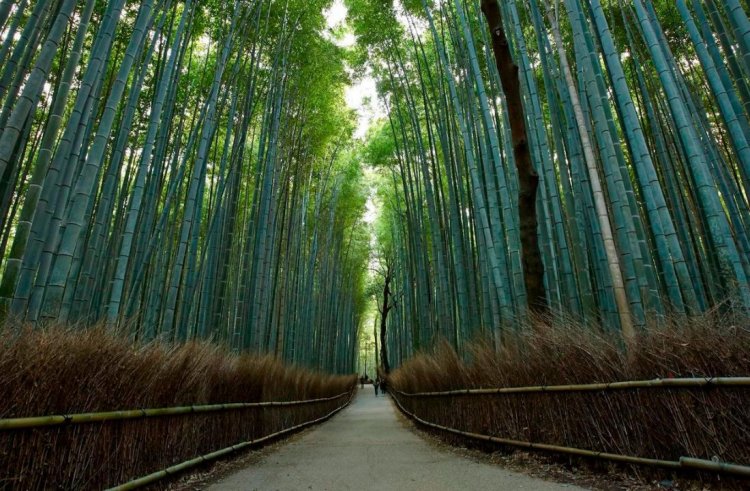 One of the World's Most Beautiful Forests is the Sagano Bamboo Garden. At the renowned Sagano Bamboo Forest on the outskirts of Kyoto, Japan, take a stroll through a different world. As you bike or walk along the walkways, tall stalks of bamboo wave softly, bringing visitors closer to nature. The Japanese appropriately designated this rare forest as a Historic Site and Place of Scenic Beauty.

Even if the pictures you've seen of it are beautiful, they don't do the experience credit. It's quite another to be in the middle of a sea of bamboo, hearing the stalks rustle, and observing light flutter through the deep forest. That being said, it's not always a pleasant experience. 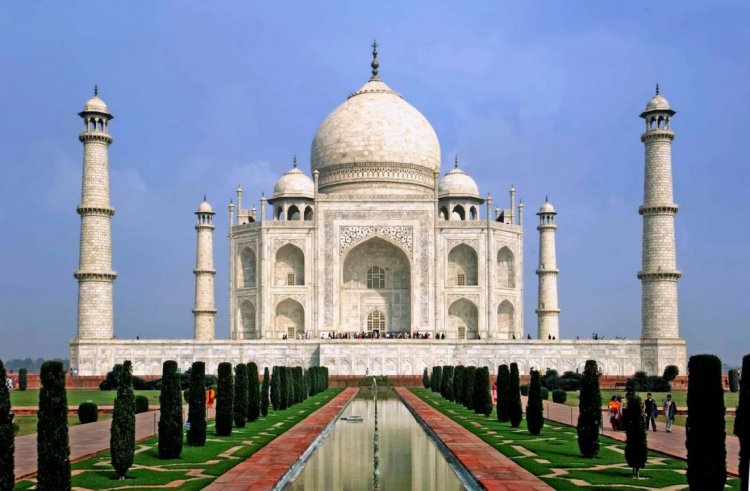 The Taj Mahal is the most famous building in India. It is a burnished beacon built entirely of white marble and set on a platform of red sandstone. This exquisite building has such high cultural and artistic importance that UNESCO designated it as a World Heritage Site in 1983, and it was most recently chosen as one of the Seven Modern Wonders of the World.

The Taj Mahal was constructed by the Mughal Emperor Shah Jahan as a memorial to his beloved wife Mumtaz Mahal. It is regarded as the pinnacle of Mughal architecture and synthesis of several different architectural styles.

The white marble, the main building material, brings out and scintillates the floral arabesques, the decorative bands, and the calligraphic inscriptions which are incrusted in polychromatic pietra dura in the construction of the Taj Mahal, concealing and almost contradicting the rigor of a perfect elevation of astonishing graphic purity. It ranks among the greatest places in the world to visit before you pass away without a doubt. 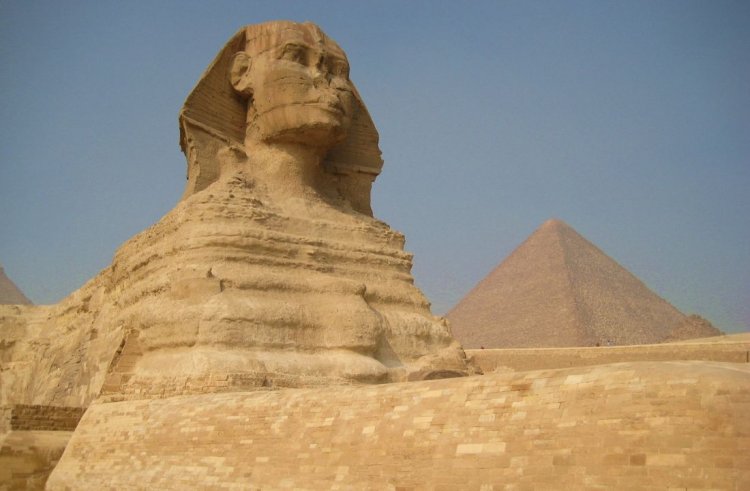 The best attractions in Egypt are its magnificent temples and pyramids. Travel to Egypt provides you opportunities for outdoor activities including fishing, golfing, scuba diving, and bird watching. You might opt to unwind in locations like the Sinai coast or the Red Sea. Some spectacular burial monuments, like rock toms, elaborate mastabas, temples, and pyramids, can be found in the capital the former Egyptian capital.

These sites are undoubtedly among the top places in the world to visit before you pass away because they are UNESCO World Heritage Sites. The Memphis ensemble includes a number of magnificent monuments from a very long time ago. These monuments are living proof of one of the world's greatest ancient civilizations thanks to their remarkable historical, cultural, aesthetic, and sociological significance.

The Great Pyramid was named by Antipater of Sidon as one of the Seven Wonders of the World, popularising the pyramids, which have long predominated as symbols of ancient Egypt in the minds of Westerners. Memphis and its Necropolis are the oldest and only remaining example of an ancient Wonder. 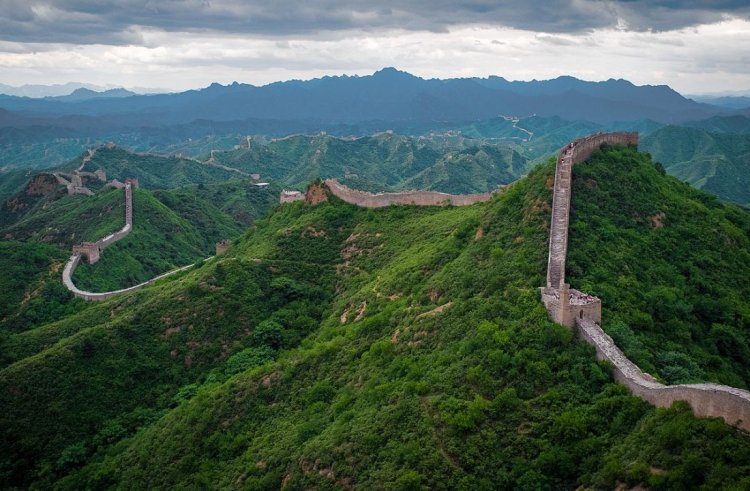 The Great Wall spans from the east to the west of China like a dragon, projecting its fabled aura and significance not just in China but also throughout the rest of the world as it spirals up and down across deserts, meadows, mountains, and plateaus. 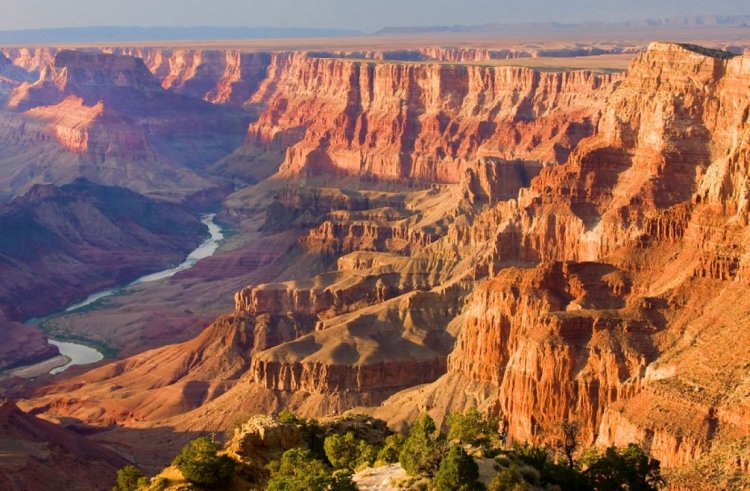 The Grand Canyon, which is the most breathtaking gorge in the world and is approximately 1,500 meters deep, was carved out by the Colorado River. It traverses the Grand Canyon National Park and is situated in the state of Arizona.

Its horizontal strata trace the last 2 billion years of geological history. Additionally, there are ancient indications of human adaption to a very challenging environment. 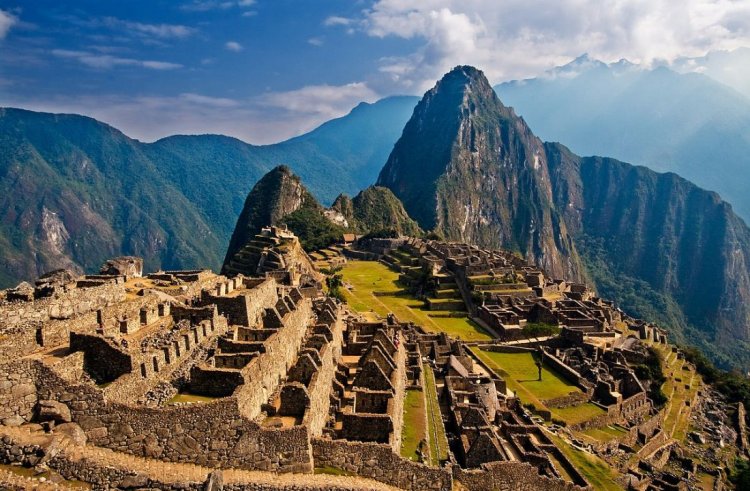 It is a World Heritage Site and one of the Seven Wonders of the World. This is a magical location that is perfect for divination. The Incan emperor Pachacuti's imperial retreat, Machu Picchu, is located in Peru at the summit of the Urubamba Valley.

The complex, which in Quechua means 'Old Mountain,' was built in the 15th century as a retreat for the monarch and his entourage to unwind, go hunting, or host foreign guests. One of the finest times to visit this captivating location is early in the morning, before sunrise, to witness the genuinely magnificent sunrise.

In an incredibly picturesque setting, Machu Picchu is situated 2,430 meters above sea level in the center of a tropical highland forest. At its height, it was likely the most magnificent urban development of the Inca Empire; its enormous walls, terraces, and ramps appear to have been spontaneously carved out of the continuous rock escarpments.

The natural setting, on the eastern slopes of the Andes, encompasses the upper Amazon basin with its rich diversity of flora and fauna. 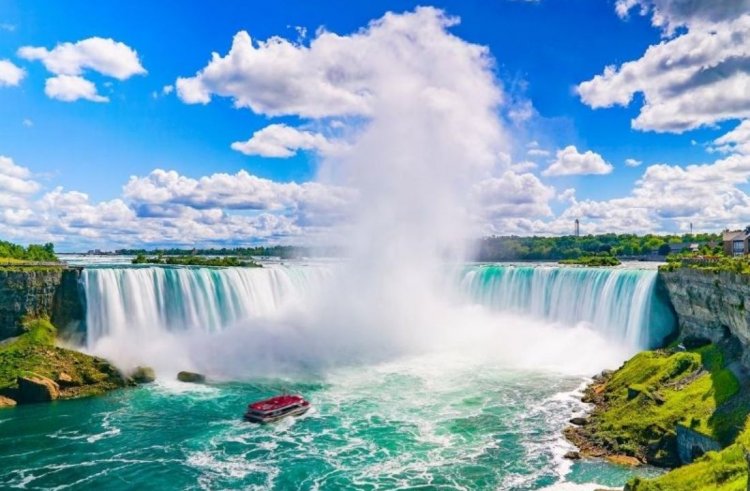 Some claim that Canadians are the kindest people on earth, and the same can be said of the views the nation has to offer. With its sound of flowing water and exquisite scenery, Niagara Falls, which is regarded as the Most Amazing Waterfall in the World, will have a relaxing impact on you. 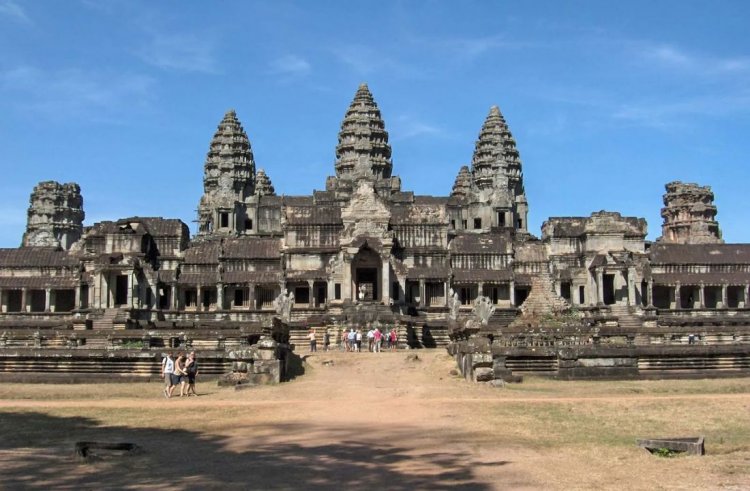 One of the most significant archaeological sites in South-East Asia is Angkor. Angkor Archaeological Park, which covers an area of 400 km2 and includes a forest, is home to the spectacular remnants of the several Khmer Empire capitals from the ninth to the fifteenth centuries. The largest and most beautiful of the many monuments is Angkor Wat Temple.

The temple was constructed in the first half of the 12th century and honored the Hindu deity Lord Vishu. Later, it also developed into a prominent Buddhist religious hub. The temple is renowned for its traditional Khmer architectural design. Today, Angkor Wat is a significant place of worship and one of the most important tourist destinations on earth.

'We travel not to escape life but for life not to escape us.” Even if there are a lot of things to do around the globe, there are some sites that should be visited at least once in a lifetime. The planet still has a lot of unexplored wonders that are well worth visiting. These locations can be really beneficial for modern individuals who lead stressful lifestyles to gain some serenity. You might be surprised by how close some of these locations are to your house! To find your own heavenly location, all you need is an open mind and a sense of adventure.