Four passengers were killed, and three others were badly injured when two helicopters crashed on Australia's Gold Coast while they seemed to be taking off and landing, respectively. 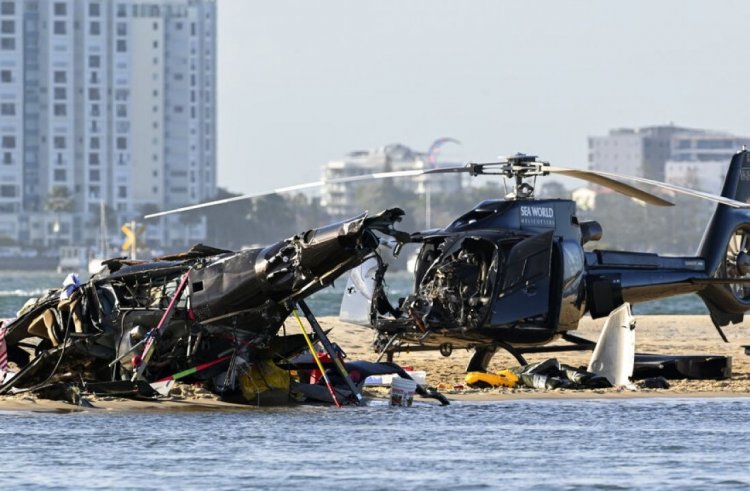 A mid-air helicopter disaster near Sea World in Australia claimed the lives of four passengers, including a British couple called Ron and Diane Hughes, 65 and 57, respectively. This accident occurred at about 2 p.m. on Monday at Main Beach, a popular tourist destination on the Gold Coast, while one helicopter was landing and another was taking off.

According to Queensland Police, One helicopter landed on the beach while another helicopter carrying seven passengers crashed on it. This accident led to the death of local pilot Ash Jenkinson who was reported dead on the scene along with three other air passengers, namely Vanessa Tadros, 36, and a British couple Mr. and Mrs. Hughes were declared dead.

Three air passengers, two boys, aged 9 and 10, and a mom, 33, were immediately rushed to the hospital in critical condition.

Merseyside natives Ron and Diane Hughes married in August 2021 while on vacation in Australia. Mr. Jenkinson, the main pilot for Sea World Helicopters, which runs excursions for the entertainment park, was remembered by devastated friends and relatives.

According to a bystander's statement, Dan Hargreaves described hearing a huge sound like a gunshot while watching the crash from a cafe that overlooked Seaworld. Resident Mr. Hargreaves often observes numerous helicopters conducting tours in the neighborhood.

Medical attention given to other critical passengers

The debris from one helicopter has spread across the area that authorities described as difficult to access, while the other helicopter safely touched down on a sandbank.

Medical care was also being provided to passengers in the other helicopter, which had lost its windscreen in the collision. SeaWorld Helicopters offered its sympathies and stated that it works with the investigators looking into the tragedy.

Also Read: Emily shares that ‘I work with men twice my age and two feet taller despite being one of the youngest prison officials in the UK’