The richest magician the world has ever seen is none other than American illusionist David Copperfield who has done hundreds of shows and has a net worth of $1 billion. It might sound a little strange for a magician to possess a huge wealth but continue reading further to know how h acquired this rich status. 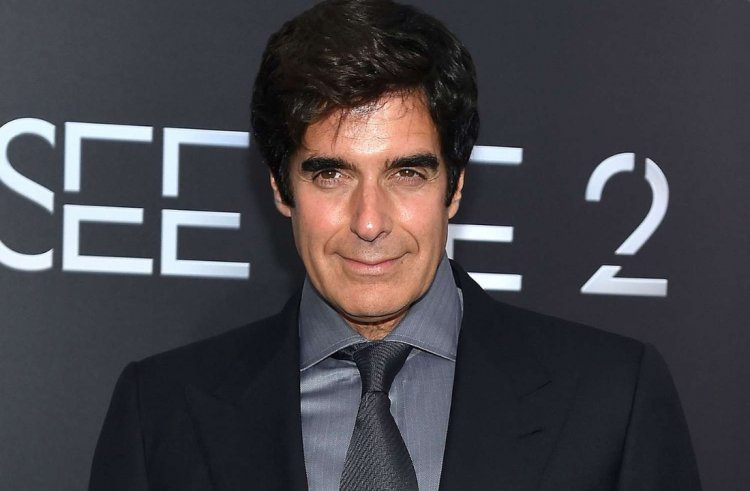 David Copperfield, known by his original name David Seth Kotkin was born on September 16, 1956, in Metuchen, New Jersey. David began learning magic and ventriloquism when he was 3 or 4. At age 10, he started performing magic in his neighborhood as "Davino the Boy Magician."

Reason for change of name

At the age of 12, he was admitted into the Society of American Magicians, and four years later, he started instructing a magic course at New York University. Copperfield attended Fordham University after graduating from Metuchen High School. Still, he left after three weeks to appear in a Chicago production of the musical "The Magic Man," where he adopted the stage name "David Copperfield."

Career as a Magician

At 19, he came up with his show, "Magic of David Copperfield", at Honolulu's Pagoda Hotel. During a live magic show performance, he even made the Statue of Liberty vanish and again made it reappear.
He served as the host of the ABC special "The Magic of ABC" in 1977, and from 1978 through 2001, CBS broadcast six "The Magic of David Copperfield" specials.

Copperfield took up the role of a Magician in the horror movie "Terror Train." In 1996, David, for his Broadway production of "Dreams & Nightmares" worked with

At a UNICEF fundraiser held at the White House in 2001, Copperfield performed. The following year, he had a special appearance on the medical comedy "Scrubs." David worked on "The Incredible Burt Wonderstone" in 2011, performing with Steve Carell and Jim Carrey and creating illusions for the movie. In 2012, he was a guest on "Oprah's Next Chapter," a program on the OWN-TV network. He portrayed himself in the HBO mockumentary "7 Days in Hell" in 2015 and the CBS drama "The Crazy Ones" in 2014.
He also provided the voice for two episodes of "The Simpsons." In addition, Copperfield produced and co-produced the 2016 movie "Now You See Me 2," and he has produced and directed several of his specials.

David was accused of sexual assault by Lacey L. Carroll in 2007, but no charges were ever filed. He was charged with drugging and assaulting a 17-year-old model in 1978, three decades earlier. Copperfield established Project Magic, a rehabilitation center that "uses magic as a kind of therapy for those with physical, psychological, and social problems," in 1982.

From 1993 until 1999, David was engaged to German supermodel Claudia Schiffer. During their relationship, Claudia occasionally assisted David when he performed illusions.

The biggest collection of magic artifacts in the world belongs to David. More than 150,000 objects and publications are included in the collection, including some very priceless memorabilia from Robert Houdin, Georges Melies, and Harry Houdini. This 40,000-square-foot warehouse is located miles from Las Vegas, and the entire collection is estimated to be $500 million.

Q: Why did David Copperfield change his name?

A: He loved the sound of the stage name David Copperfield, which he later acquired from the well-known Charles Dickens book.

A: Statue of Liberty Disappearance is his best and biggest trick ever.

Q: How did Copperfield vanish from the Statue of Liberty?

A: When Copperfield dropped the cloth he had placed in front of the monument as part of the trick, Lady Liberty vanished. However, she was only concealed behind one of the towers supporting the sheet. David shifted the platform everyone was standing on while using loud music to mask the change.

Q: What does David Copperfield do now?

A: Copperfield instructs physicians and therapists in a type of magic known as Project Magic.

Q: How many Emmy awards are Copperfield's television specials nominated for?

A: His specials have been nominated for 38 Emmy awards.