Net Worth of Adam Lambert

Adam Lambert, an American actor, and singer-songwriter has a $35 million dollar net worth. Being a singer at a young age, Lambert rose to fame when he finished in second place on the eighth season of "American Idol" in 2009. "For Your Entertainment," his debut studio album, peaked at #3 on the "Billboard" charts in 2009. Adam has worked with the band Queen since 2011 and has sold more than 3 million records. 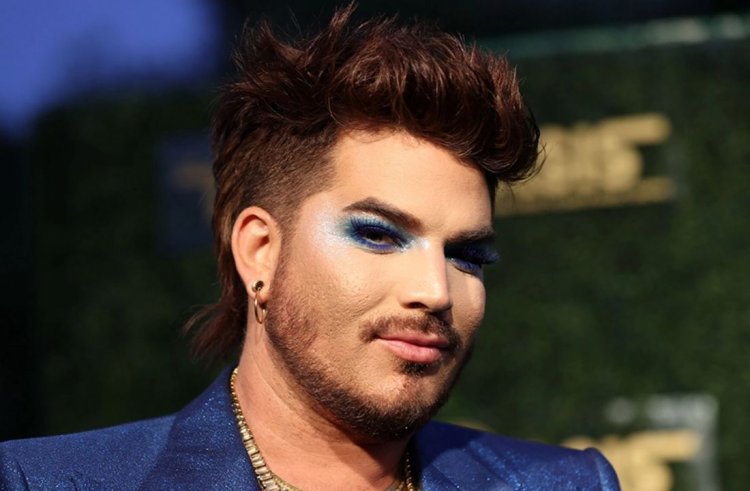 On January 29, 1982, Adam Mitchel Lambert was born in Indianapolis, Indiana. Adam's father, Eber, was a program manager at Novatel Wireless, while his mother, Leila, worked as a dental hygienist during Adam's formative years. However, Leila later changed her profession to interior design. After the family relocated to San Diego, California, Lambert's younger brother, Neil, was born. Adam's mother is Jewish, and as a youngster, he attended Hebrew school.

A professional production of "You're a Good Man, Charlie Brown," "Peter Pan," "Hello, Dolly," and "Grease" saw Lambert's professional acting debut at the age of nine, when he started acting in plays with the Metropolitan Educational Theatre network. Adam participated in the school's jazz band, the chorus, and the plays while a student at Mount Carmel High School. After graduation, he relocated to Orange County to enroll at California State University, Fullerton but dropped out after only five weeks so that he could concentrate on his job. He then moved to Los Angeles.

At the age of 19, Lambert worked for ten months as a performer on a cruise ship. Two years later, he was hired for a European tour of "Hair." Adam starred as Joshua in Val Kilmer's "The Ten Commandments: The Musical" at the Kodak Theatre in 2004. The following year, he was hired as an ensemble member and Fiyero's stand-in in a touring production of "Wicked" (he reprised these roles in a 2007 Los Angeles production). The judges frequently praised Lambert during his participation on the eighth season of "American Idol" in 2009, and Simon Cowell even gave him a standing ovation for his rendition of "Mad World."Adam has remained one of the most well-liked "American Idol" finalists despite finishing second to Kris Allen. MTV named him fifth on their list of "The 10 Greatest "American Idol" Contestants of All Time" in 2009.

Following his stint on "American Idol," Lambert released his debut album, "For Your Entertainment," in November 2009. The album featured the international hits "Whataya Want from Me" and "If I Had You." He was nominated for a Grammy for Best Male Pop Vocal Performance for the album, which has also received platinum and gold certifications in Canada, Australia, and New Zealand. In addition to selling more than 5 million singles, Adam has released three further studio albums: "Trespassing" (2012), "The Original High" (2015), and "Velvet" (2020). He joined the band at the MTV Europe Music Awards in 2011 after appearing on "American Idol" with members of Queen. In June 2012, Queen and Adam Lambert performed at their first official concert. They went on five tours between June 2012 and 2020 and published the album "Live in Japan."

Adam, who is openly gay, dated the model Javi Costa Polo from March to November 2019 and the Finnish TV celebrity Sauli Koskinen from November 2010 to April 2013.
The Trevor Project, MusiCares, charity: water, and DonorsChoose are just a few of the charities that Lambert has backed. He received a Unity Award in 2013 from the We Are Family Foundation in recognition of his uplifting songs. Adam established the Feel Something Foundation in 2019 to support LGBTQ+ human rights. He has performed in a number of charity performances, including one in 2012 with Queen and Elton John to support the Olena Pinchuk ANTI AIDS Foundation, another in 2012 for Marylanders for Marriage Equality, and another in 2013 for the Make-A-Wish Foundation Ball. The "Hands" charity single, which helped the families impacted by the sad 2016 mass massacre at Orlando's Pulse nightclub, included Lambert as well.

In 2009, Lambert won the Young Hollywood Award for Artist of the Year and the Teen Choice Award for Male Reality/Variety Star. At the Canadian MuchMusic Video Awards in 2010, he won the UR Fav International Video award for "Whataya Want from Me." He was given the Davidson/Valentini Award and the GLAAD Award for Outstanding Music Artist in 2013 at the 24th Annual GLAAD Media Awards. Adam was one of Barbara Walters' "10 Most Fascinating People" in 2009, and "People" magazine named him one of its "Most Beautiful People" in 2010.

Lambert purchased a 3,800-square-foot property in the Hollywood Hills in 2014 for $3 million. He initially advertised it for $4 million in 2017, reduced the price to $3.35 million in May 2019, took it off the market in January 2020, and then listed it once more the following month for $3.35 million with a different realtor.

Q: What is Adam Lambert famous for?

A: Adam Lambert first gained notoriety for placing second on the eighth season of "American Idol," then went on to enjoy critical and commercial success with the studio albums "For Your Entertainment" and other releases.

Q: Does Adam Lambert have the same range as Freddie Mercury?

A: American vocalist Adam Lambert, according to Queen's guitarist Brian May, has a wider vocal range than British singer Freddie Mercury. For the past few years, Lambert has been performing on tour in Queen's place. In 2012, Queen and Lambert were crowned the greatest live act of 2012.

A: A musical is currently being developed by Adam Lambert. Prior to her 2009 stint on "American Idol," the 40-year-old vocalist participated in a number of theatrical productions. She is now creating songs for a theatre show and an accompanying concept album.

Q: Who won American Idol when Adam Lambert was on it?
kris Allen

A: As the fourth judge on the Idol panel, Kara DioGuardi debuted throughout the season. Additionally, it was Abdul's last year serving as a judge. On May 20, 2009, Kris Allen, a Conway, Arkansas native, was named the competition's victor, defeating Adam Lambert, who received approximately 100 million votes.