Alert! A new virus in China may not be the cause of the next pandemic!

Langya Henipavirus was detected by dozens of people in eastern China as the virus can travel from animals to humans. This virus may spread directly or indirectly to people from shrews like mammals found in various habitats. There is no cause of death with this virus but detected in 35 unrelated fever patients between 2018 and 2021. The scientist found that it was an animal virus regularly spilling undetected into people worldwide.

Related: New Langya virus found in China could be ‘tip of the iceberg’ for undiscovered pathogens, researchers say – Egypt Independent

A team of Chinese and international researchers in the New England of Medicine found the first research on the virus and received global attention due to heightened concern over the disease outbreak. There is no evidence that the Langya virus is spreading among people. The new virus was unlikely to evolve into another disease X pathogen, an epidemic or pandemic demonstrating the zoonotic spillover events, said Scientist Linfa Wang. 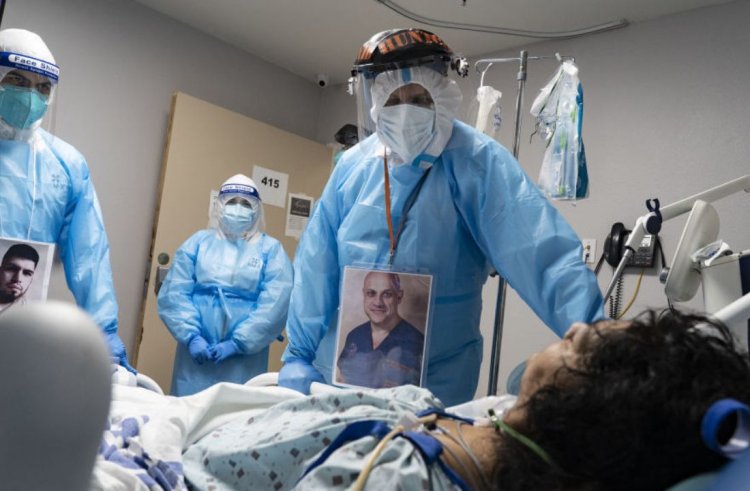 New Virus found in china that not the indication of next pandemic. This would not spread from human-to-human transmission. &source="FactsWOW" target="_blank" class="social share_linked_in">

In December 2018, this virus first attacked a 53-year-old farmer as she sought treatment in Shandong province’s Qingdao city hospital. She had symptoms of fever, headache, nausea, and cough. Within the past month, she had contact with animals and was under additional screening across three hospitals focused on identifying zoonotic diseases across eastern China.

Related: Why Are Covid Patients Losing Their Smelling Sense? Research Revealed The Reason

The scientist examined the test samples of that patient as they found some unexpected viruses related to Hendra and Nipah virus, a highly fatal pathogen not known for human-to-human spread. The virus was detected in 35 people with various symptoms, including cough, fever, fatigue, nausea, and headache. Nine patients are detected with a known virus called influenza, and where remaining 26 are caused by the novel henipavirus based on their symptoms.

Is this virus cause serious infection?

Patients with Hendra or Nipah have symptoms like pneumonia or abnormalities of thrombocytopenia, a blood platelet condition. All the patients recovered; no one was admitted to ICU, and none of the patients died. This virus circulates from southwestern China to South Korea and spills over humans across long distances. Based on patients, it's not a close contact or common exposure history and also not based on the human-to-human spread.

Related: Langya henipavirus: New virus found in China could be ‘tip of the iceberg’ for undiscovered pathogens, researchers say

Based on scientific research, 70% of emerging infectious disease have passed into humans via contact with animals as the growing human population expand into wildlife habitats. In the past two decades, China had major outbreaks of this virus, including SARS in 2002-2003 and Covid-19 detected in the country as the virus originated from the bat. Covid-19 killed more than 6.4 million people.

Latest findings about the new virus!

Related: New Langya virus found in China could be 'tip of the iceberg' for undiscovered pathogens, researchers say