What happened to Josh Roloff??

What happened to Josh Roloff??

Little People Big World as a <>TLC show widely focuses on his children and grandkids, which overshadows the fact that <>Matt Roloff himself has four siblings and one of his brothers has passed away. 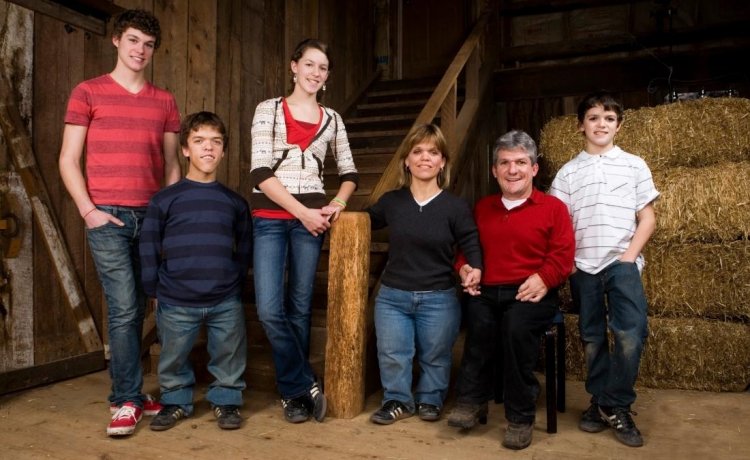 Matt Roloff recently took to his <>Instagram page and shared a throwback picture with him and his siblings. The upload of the picture itself was a shock for his fans which was later increased by him as he announced that his brother <>Ronald had passed away at the age of 84.<>

This has sparked curiosity among his fans, and many are now delving into Matt’s heritage and family. As a result, they have picked up on the fact that he lost his late brother <>Josh in 1999. But for you and in order to calm your curious minds down we have looked into what happened to the Roloff child.

Joshua Luke Roloff grew up alongside <>Matt Roloff who was two years younger and their two siblings. He underwent several operations as a child due to being born with a heart problem.

Matt Roloff in his book named <>Tall Odds: Being A David In A Goliath World which was released in 2017, revealed that he had a complicated burth. In fact, the doctors weren’t even sure that Josh will survive more than a day but he lived until his 30s.<>

Many of the fans of the show <>Little People Big World were unaware of the fact that their favorite actor <>Matt Roloff even had a brother or any siblings until he uploaded a social media photo of them together. <>Joshua was not a little person like his brother Matt.

Josh who was the brother of <>Matt Roloff passed away in 1999 at the age of 34 years due to hurt and lung problems. He was born with a severe heart malformation. The Roloff family dedicated their book, <>Little Family, Big Values, to their belated son and wrote,” A great son, brother, uncle and friend who was with us in this life for far too short a time. We all miss you and think of you every day, and we look forward to being reunited with you one day in the presence of our Lord”.

When <>Josh passed away he left behind three siblings and his parents, <>Ron and Peggy Roloff,  who are often featured on <>Little People, Big World and They are of average height, as is his older sister.<>

Matt Roloff also has two other siblings, including brother <>Samuel George and sister <>Ruth Margaret. Both of them do not appear on <>Little People, Big World, but the <>Roloff father confirmed that <>Samuel is a little person like him, and is six years younger.

His younger brother <>Sam is a painter and also the founder of <>Back-Story Underpainting, which often is known for its <>oil paintings. He was born and raised in the <>San Francisco Bay Area but now lives in <>Portland post living in <>Prague, Czech Republic, from 1994 to 1995.

Fans also noticed that <>Matt Roloff and his siblings have biblical names, with one writing: “Didn’t realize you had so many siblings. Love all the biblical names.” Another reacted: “Wow, nice having siblings! We never heard of them on the show!?”<>

The Roloff father has since had four children of his own, bringing them up with three siblings just like he had growing up. He shares three sons, Jacob, 25, Zach, 31, and Jeremy, 31, and daughter Molly, 28, with his former partner Amy, 57.<>