The Top Television Shows of 2022

The Top Television Shows of 2022

We have to give 2021 credit for providing us with programs like Mare of Easttown, WandaVision, and Succession—or, as we like to refer to them, pandemic-era distractions. But in the field of TV, 2022 has brought up some fierce competition: This year's lineup kept our eyes riveted to the screen thanks to the return of classics like Bridgerton, Euphoria, and The White Lotus, as well as the entrance of buzzy new dramas like Severance and The Bear. 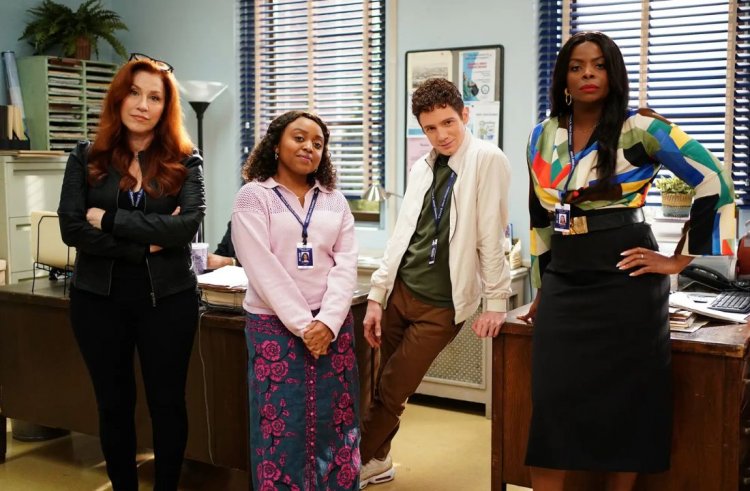 Abbott Elementary is exactly as fantastic as everyone says it is, which is rare for a show because it rarely receives the praise it truly merits. A dream ensemble cast and their astute comic timing elevate Quinta Brunson's teacher-focused sitcom, which is intelligent but not condescending. Like a few other adored sitcoms before it, Abbott is a program you can watch repeatedly and never get tired of laughing.

The second season of The White Lotus 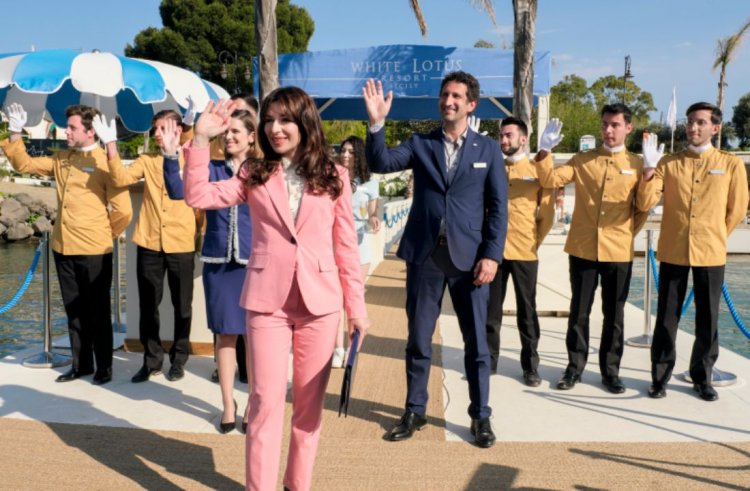 I wouldn't have it any other way—checking into the White Lotus on Sunday nights meant checking out of my life for an hour. It's addictively lovely to see Mike White's holiday comedy-drama anthology back. While Tanya, who won an Emmy, is returning for another round, the show's second season is set in Sicily and has a new group of guests who become entangled in one another's lives. Opera, palazzos, and toxic masculinity are the hazards in this opulent and glitzy escape room. Additionally, the show developed a cult internet fanbase that was constantly dedicated to its gonzo moments and looming murder mysteries. 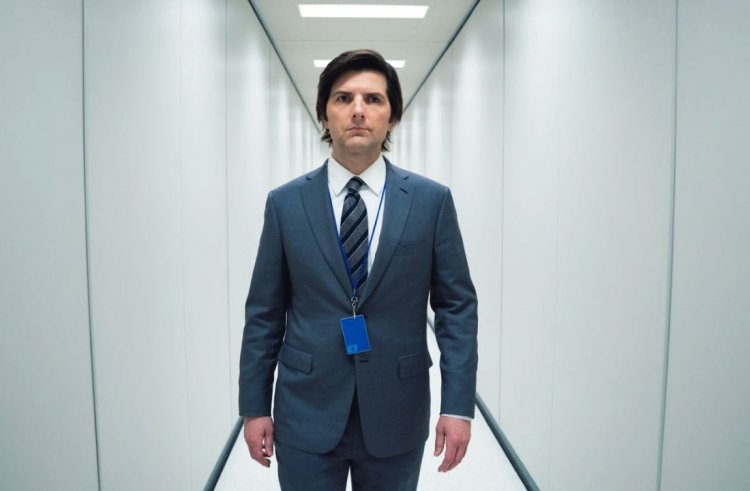 Even though I completed Severance months ago, I occasionally find myself replaying the final scene of the last episode and searching once more for the release date of the second season. The series, which features notable actors like Adam Scott, John Turturro, Christopher Walken, and Patricia Arquette, is a science-fiction thriller for the uninformed. Employees at the enigmatic Lumon Industries can go through a "severance" treatment in their reality, which makes your professional self (your "innie") unaware of your personal life (your "outie"), and vice versa. Chaos naturally results. 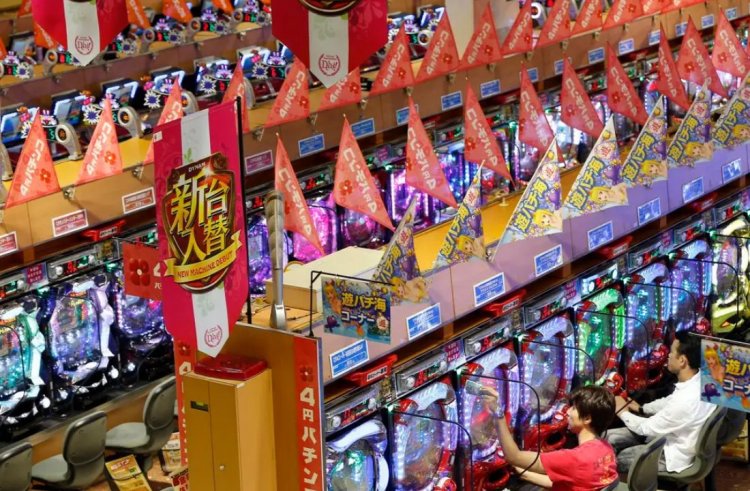 The big-budget series, based on Min Jin Lee's best-selling epic novel of the same name, follows a single Korean family over four generations in the 20th century as they attempt to earn a living in Japan. Pachinko, created by the show's creator Soo Hugh, stars a few actors from other countries, notably Jin Ha from Love Life and Oscar winners Youn Yuh Jung and Lee Minho. Voters for the Emmys painfully disregarded this deep and poignant narrative, but you shouldn't. 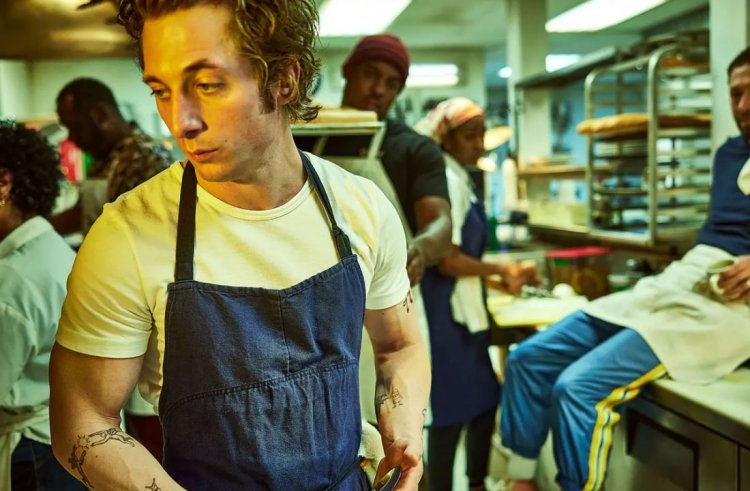 Jeremy Allen White of The Bear is in high demand online, and for a good reason. The short tattooed king demands attention by virtue of his position as the fine-dining chef who takes over his family's modest Italian beef sandwich eatery. Carmy (White) is hell-bent on restoring the failing restaurant, and you'll adore following him along the way. He is brazen, temperamental, and extremely passionate about his meat.

Also Read: It’s Terrible! A grad student at a nearby school is arrested in the killings of four University of Idaho students. The Breaking News! 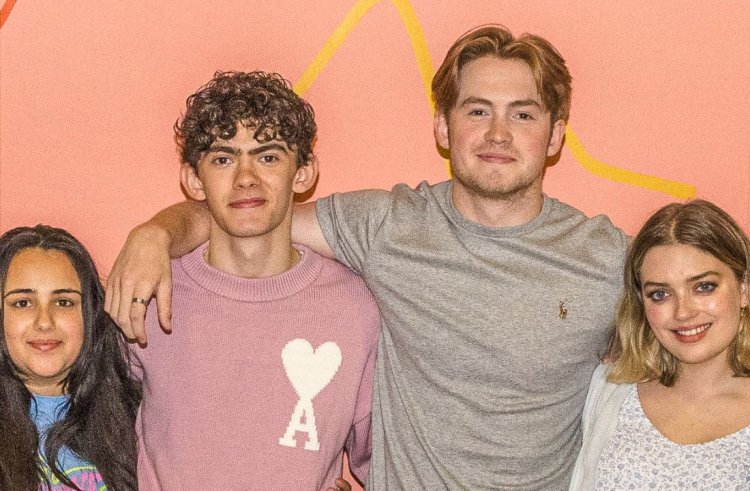 Beware, hopeless romantics—this show will bring tears to your eyes. Numerous times I swear, I sobbed during every episode. This year's most popular love story centers on Charlie Spring (Joe Locke) and Nick Nelson (Kit Connor), two students at Durham Grammar School. It is an adaptation of Alice Oseman's graphic novel of the same name. The program has gay characters who all have their own stories to tell and passionate romances. It's a love celebration laced with recognizable high school moments, ideal for any wistful adult or yearning kid. The icing on top, finally? Oscar-winning actress Olivia Colman portrays the devoted mother every child deserves. 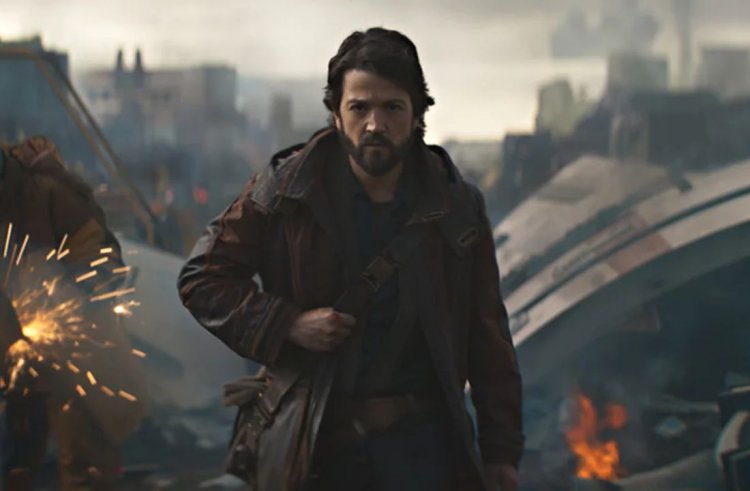 Andor is not only a great Star Wars narrative; it's a great story, period, making it one of my favorite shows of the year. You don't have to be an expert on the Star Wars universe to care about Diego Luna's Cassian Andor, a reluctant hero who joins the fabled Rebellion as the Galactic Empire closes in on him. Andor is Star Wars at its finest, featuring one of the best jailbreak sequences in recent memory, as well as a crucial yet endearing droid. 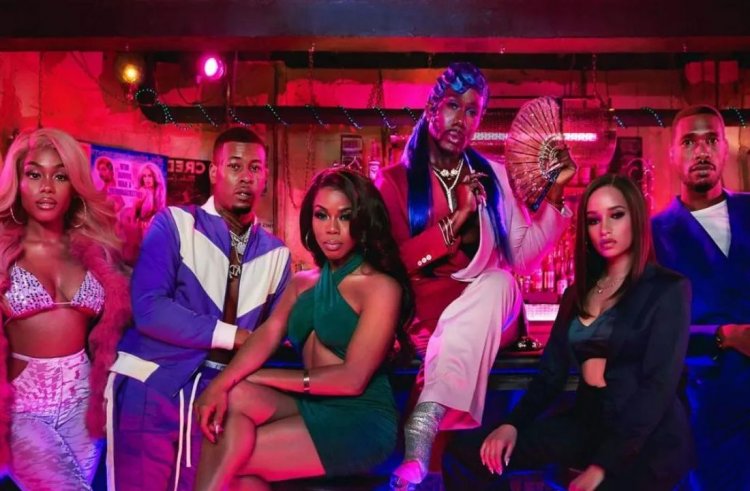 This cinematic adaptation of Katori Hall's Pulitzer Prize–winning drama cemented its position as some of the best television with the release of its second season. As the COVID pandemic rages on, it is difficult to depict COVID narratives, but P-Valley succeeds in doing so with a compelling one about the struggle for survival, both for those at the Pynk, the Southern strip club at the center of the series, and those in the town of Chucalissa where it is located. Uncle Clifford, played by Nicco Annan, is still widely recognized. 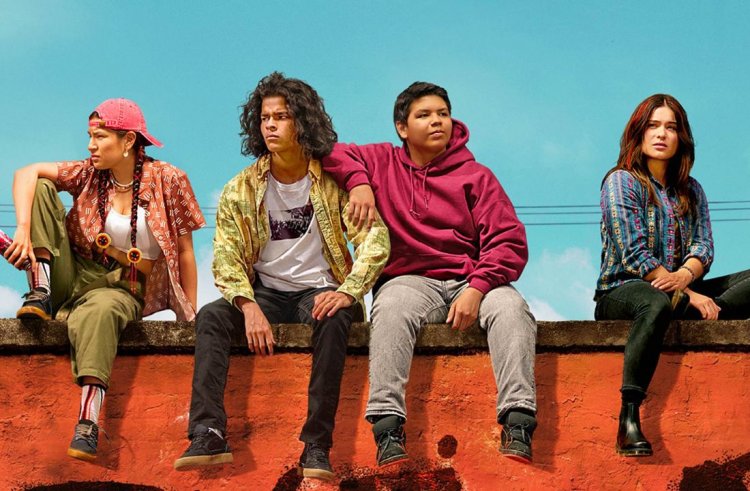 Reservation Dogs, a film by Sterlin Harjo and Taika Waititi, made a successful comeback this year after making its debut last summer. Young pals Bear (D'Pharaoh Woon-A-Tai), Cheese (Lane Factor), Elora (Devery Jacobs), and Willy Jack (Paulina Alexis) are still struggling with the loss of their friend Daniel and the intrusion of an outsider into their close-knit friendship. This season, the program delves further into mourning, but it also addresses current issues like white supremacy and gentrification on native territories with candor, humor, and heart. Several bottle experiences provide much-needed illumination for other community members like Big (Zahn McClarnon) and the mother figures (played by Sarah Podemski, Tamara Podemski, Jana Schmieding, and Nathalie Standingcloud).

We Own This City 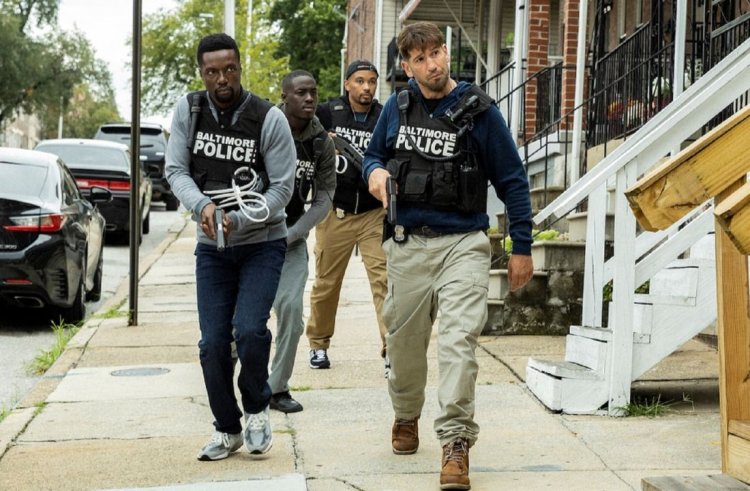 It's difficult to live up to The Wire, and We Own This City surely lacks the same level of ardor among fans as its inspiration. But it is shameful that the Jon Bernthal-led series is still so underrated because it confronts The Wire's own legacy while taking a hard look at the history of police brutality in Baltimore. It's well-acted, but perhaps even more crucially, it's truthful about how crime and punishment really are in contemporary America. 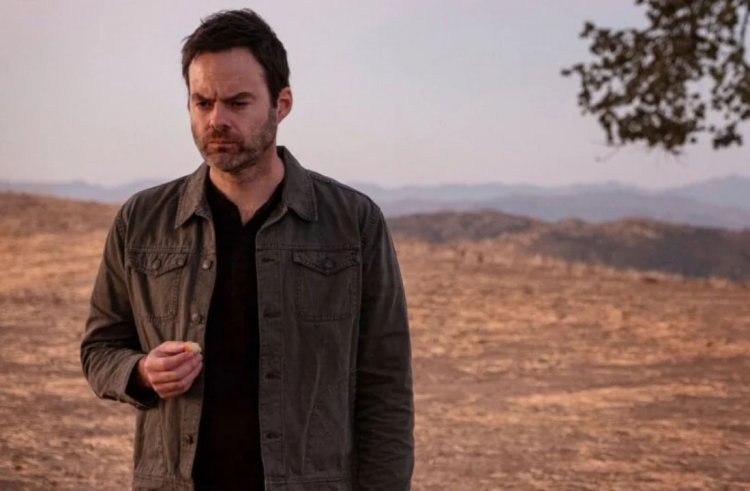 Had Barry slipped your mind? Barry had been forgotten by me. Since I didn't remember, I have to admit that it made the sheer joy of seeing the series return all the more palpable. Although "joy" might not be the right word, Barry season 3 pushes the boundaries of taste with its sinister plot turns that are equally hilarious and evil. Along with Sarah Goldberg, Henry Winkler, Anthony Carrigan, and others, Bill Hader portrays the titular hitman protagonist in an acting performance that is deserving of an Emmy. The show is one of HBO's funniest and saddest offerings—a risky but purposeful combination. 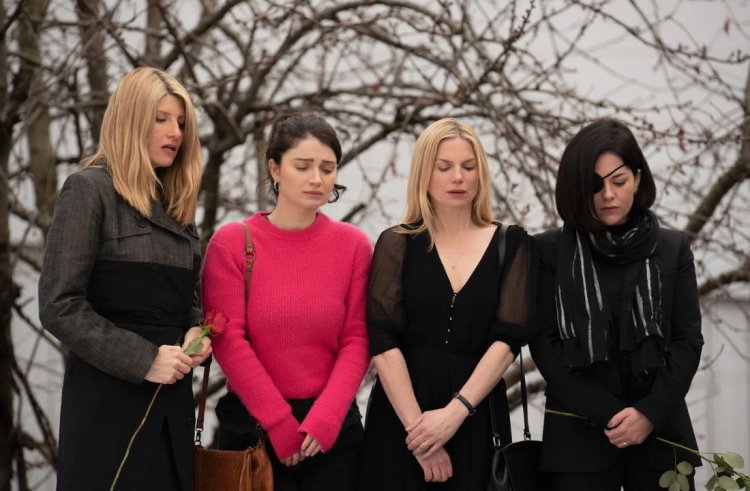 I started watching Bad Sisters on my sister's extremely good recommendation, and it rapidly became my favorite program of the year. With a series that follows the five Garvey sisters as they plot to kill their horrible brother-in-law, The Prick, Sharon Horgan (Divorce, Catastrophe) has done it once more. As with everything Horgan is behind, the compelling first season grapples with domestic violence, sexual assault, and other serious subjects while also being tear-jerkingly humorous.

House of the Dragon 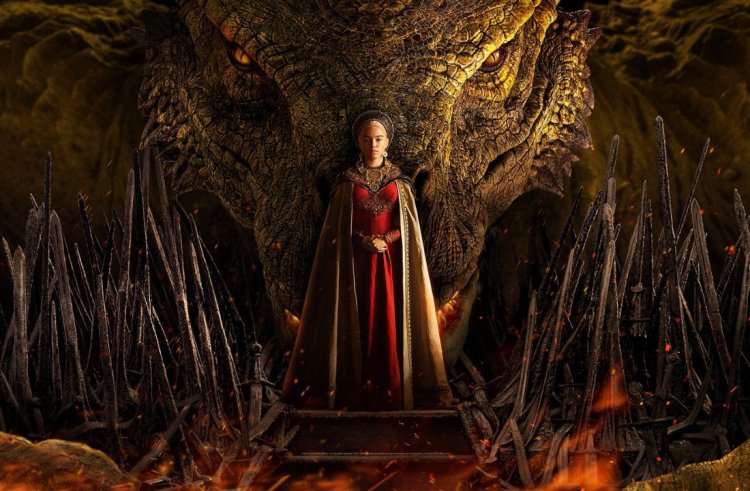 House of the Dragon dispelled any concerns that Game of Thrones had outstayed its welcome in its forgettable final season. It is, without a doubt, one of the year's most significant chapters in appointment television. The prequel television series debuted with a bang, reigniting interest in George R. R. Martin's fantasy universe on a global scale but also bringing with it a spectacle, controversies, and memes. The performance served as the ideal reminder that despite our current state of divisiveness, fire-breathing creatures can still unite us. 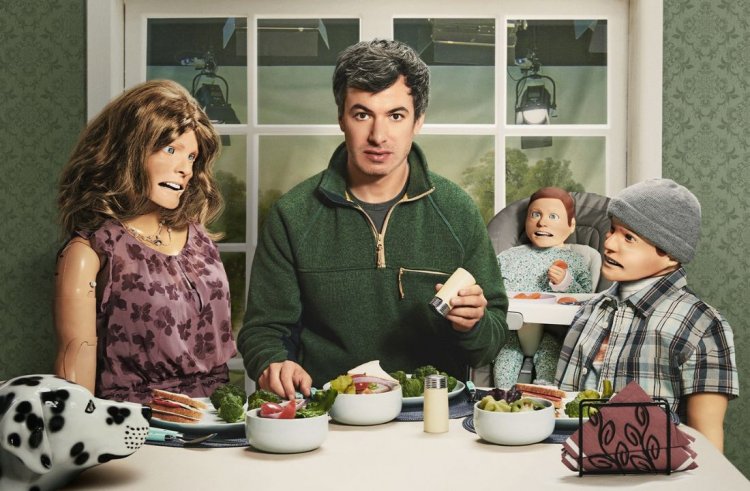 The Rehearsal goes places, as I've tried to explain countless times in real life but have failed to do so. By providing people the absurdist option to practice anything in their life before it occurs, Nathan Fielder pushes the perspective on people and their problems that he pioneered in Nathan For You even further. Despite being a social terrorist, Fielder is hilarious to watch.