Although he may battle with Earth's Mightiest Heroes, Doctor Strange lacks their limitations, which can lead to some incredibly grim situations, like the spell he created to kill Superman. The Sorcerer Supreme's most sinister act occurred during the Incursions before Marvel's Secret Wars when the strong Illuminati heroes decided to wipe out parallel realities of Earth to preserve their own. 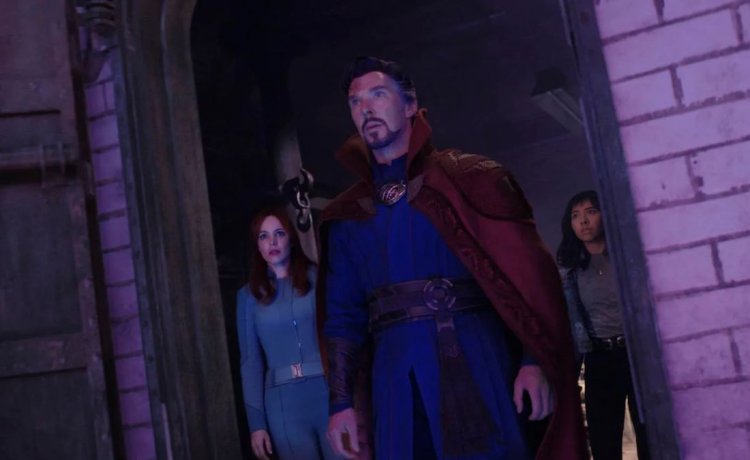 When the Beyonders became weary of reality, they unleashed a cascading catastrophe in which alternate Earths were drawn into one another's orbit and collided to obliterate both realities. Upon learning of this, Reed Richards, Black Panther, and the other members of the Illuminati came up with several strategies to halt the Incursions, including destroying the parallel Earths that foretold the planet's impending destruction. The heroes were aware that they would eventually have to deal with the guardians of another Earth, even though the first several Incursions saw the sky filled with dead worlds.

A thinly-veiled version of the DC Universe

On Earth-4290001, a barely disguised version of the DC Universe, that moment occurred. The solar-powered Sun God, the human vigilante Rider, the fast-moving Boundless, the shape-shifting alien the Jovian, the helmet-wearing mystic the Norn, and the light-manipulating Doctor Spectrum—the equivalents of Superman, Batman, Flash, the Martian Manhunter, Doctor Fate, and Green Lantern—were part of the Great Society that guarded this world.

The Great Society quickly demonstrate their superiority over the Illuminati as Namor forces the teams into direct combat, with Sun God, in particular, taking out the Hulk and shifting the battle's momentum. That is until Sun God is left a withering husk after Doctor Strange casts a spell that kills the entire squad. In Jonathan Hickman and Valerio Schiti's New Avengers #19, the conflict is depicted.

The series reveals that although Doctor Strange intended to exchange his soul for power, his interactions with the Illuminati severely damaged his morals, rendering them useless. Instead, Strange turns to forbidden books and learns how to call forth an eldritch entity that slaughters a group of heroes who were merely attempting to defend their world. It's a full surrender of every heroic instinct Doctor Strange has ever possessed, and it starts a moral downward spiral that leads to him taking over as Doctor Doom's second in command during the actual Secret Wars.

The new version of reality

Sadly, Doom ends up killing Stephen Strange in this original form during the incident, but at least it ensures that Strange is not responsible for this terrible act when a new version of reality is established.

Compared to other heroes, Doctor Strange frequently faces threats that are beyond the pale of mercy. He also deals with threats that are far more severe. He has always been a student of the "dark arts," as he states after Marvel's alt-reality Superman dies. Due to the end of the multiverse, Strange was pushed to his breaking point, and Marvel depicted this by having the Sorcerer Supreme kill several of its rival's greatest heroes, including a clear imitation of the ultimate symbol of hope.

Doctor Strange's low point was feeding Earth-4290001's Justice League and Superman to an eldritch monstrosity, which was the centerpiece of the lead-up to Secret Wars, which showed how an unwinnable battle shattered a bunch of men who thought of themselves as great heroes.