Ranked From Strongest To Weakest, Here's The List Of The Most Powerful DC Characters

Ranked From Strongest To Weakest, Here's The List Of The Most Powerful DC Characters

The DC Universe is filled with powerful icons like Batman, Superman, and Wonder Woman, roaming the streets and skies of these stories and battling equally-powerful supervillains to save the world's people. Every character possesses unique skills and abilities that elevate them to metahuman status. However, when it comes to which one of them is strongest? Who are the DC comics characters so powerful they could punch out the moon or time?

Well, we have a list for that! Here's our ranking of 16 of the most powerful characters in the DC Universe. 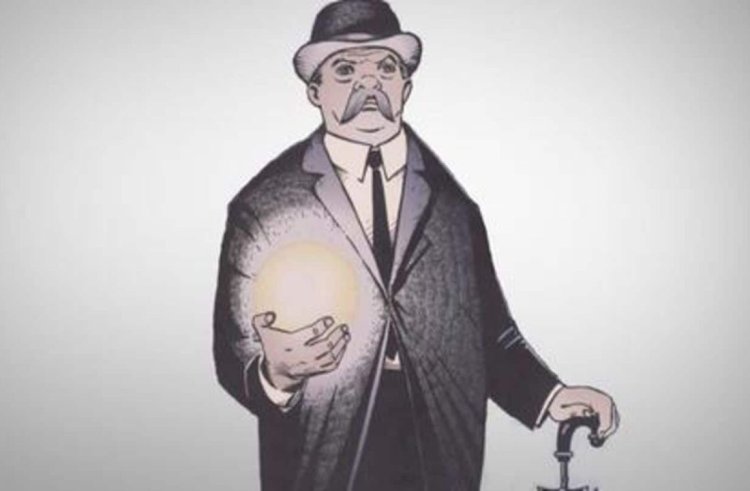 Even though remaining characters like the Anti-Monitor and their universe-deleting powers seem infinite, The Presence goes beyond that, as it is an entity that exists far above the likes of the many pantheons of gods in the DC Universe.

Some of the characters in the ranking have limitless power, with the only limitation being each other, and The Presence is what gives them their power. The Presence is the strongest character, despite its limited appearances. 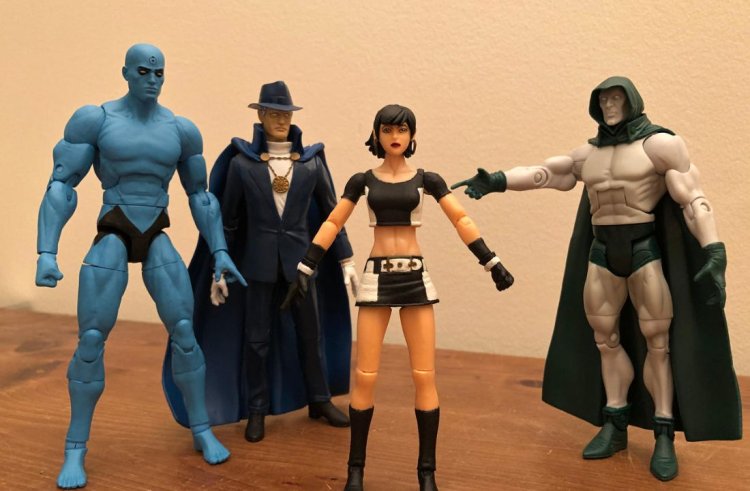 Elaine is the successor to the throne of Heaven. The daughter of Michael Demiurgos would probably rank somewhere around here; she boasts powers of magic, atomic manipulation, immortality, omnipotence, omniscience, and omnipresence. She's one of the strongest inhabitants of the DC Universe, second only to The Presence.

Elaine is a newer addition to the DC canon than other characters on this list. She initially appeared in Lucifer #4 and has quickly got into the ranks of DC's most formidable characters. Belloc gains even more power after Fenris the Wolf kills her dad, effectively making her the ruler of Heaven after the Presence departs. 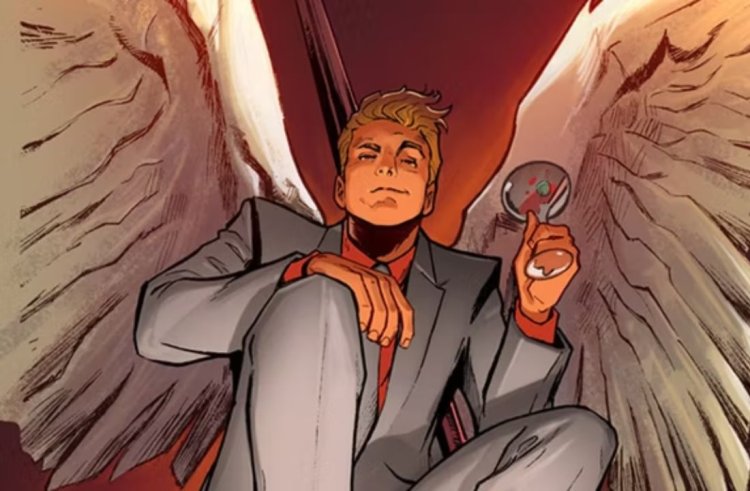 This comic book character is one of the most powerful entities in the DC Universe, taking claim over Michael due to his willpower, that is allowed him to best Michael's power. The two characters can be a tossup, though, as their strengths given by The Presence are very similar.

These comic characters are based on actual angel figures, so there have been many adaptations of them in different fictional forms. Still, Lucifer holds the trophy as the second most powerful entity in the DC Universe and Vertigo imprints. 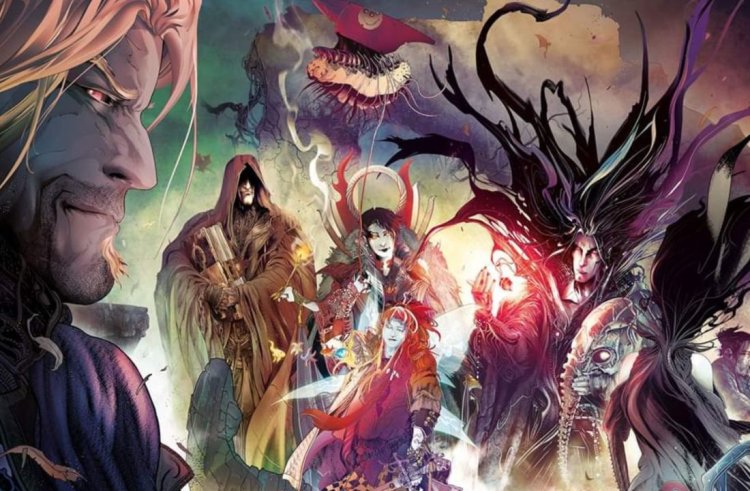 Although it is hard to place beings who are essentially the embodiment of aspects of life, it is hard to imagine more powerful beings than Death, Dream, Destiny, Desire, Delirium, Destruction, and Despair. However, the beings ranked higher than this defective family tend to defy these beings regularly, so consider this point the barrier between beings and primordial beings. Of course, some of the beings below often manage to escape Death and her siblings, but they don't manage to evade all of them!

Each of the Endless control its domains and realms and operate less as antagonistic or protagonistic forces and more like facts of life. Almost omnipotent forces, their reach, and their power, extend far beyond, coming second only to other celestial beings. 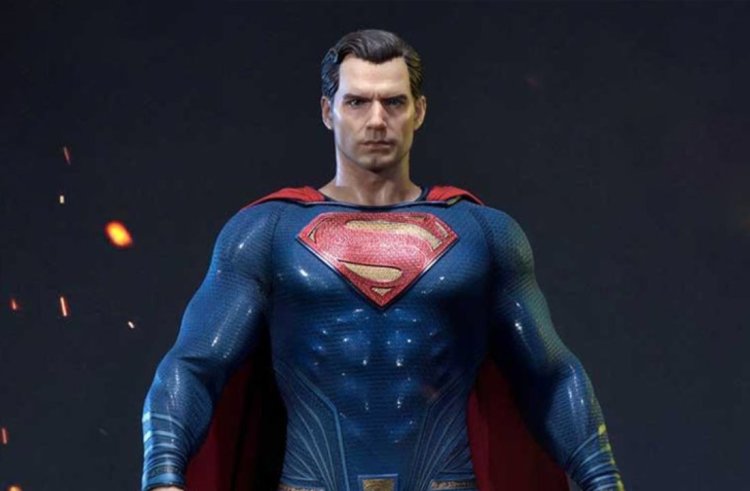 An alternate version of Superman that fans know and love is Superman Prime, a future variant of the character who has lived for 85,000 years, traveled the universe and acquired powers beyond imagination. The character's story is bittersweet, as he spends most of his time disappointed until he resurrects Lois Lane in the distant future.

This character possesses all of Superman's normal powers and wields a Green Lantern ring; being supercharged by the Sun, as he spent 15,000 years charging in it. Superman Prime is extremely powerful, but its lower ranking is likely due to his limited knowledge of DC canon. 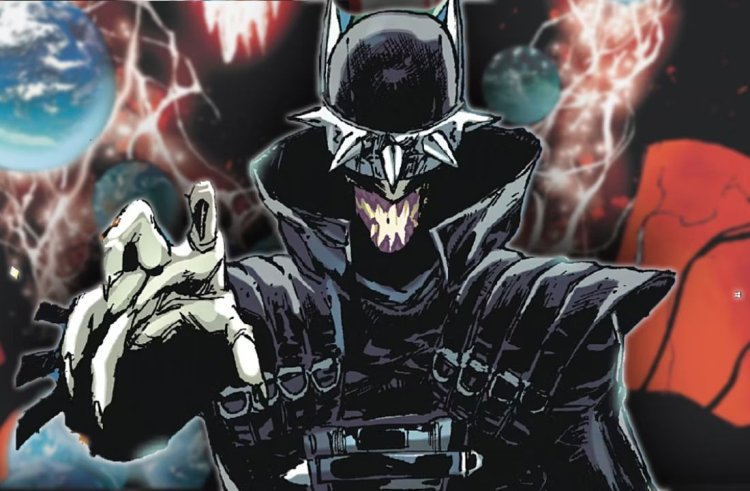 During the last act of Dark Nights: Death Metal, The Batman Who Laughs becomes The Darkest Knight. He snares Perpetua in rock and crushes her, completing his transformation into the universe as the most imminent threat and the Justice League's biggest headache.

He is an omnipotent force against evil and a being of staggering physical and mental prowess. We have not seen The Darkest Knight/The Batman Who Laughs onscreen but considering DC's increased output of animated movies; it wouldn't be a bad idea to keep an eye out in that sphere. 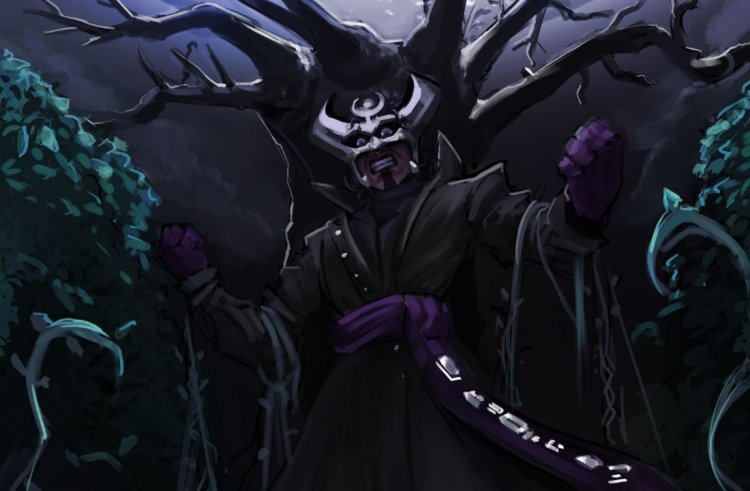 The Spectre has all the abilities of god, including, but not limited to, manipulation of time and space, matter and energy, invulnerability, limitless strength, and reality alteration. Ranking the Spectre and Anti-Monitor is often a tossup, as Anti-Monitor has defeated Spectre before. Most of the fans believe that he was held back by self-imposed limitations. 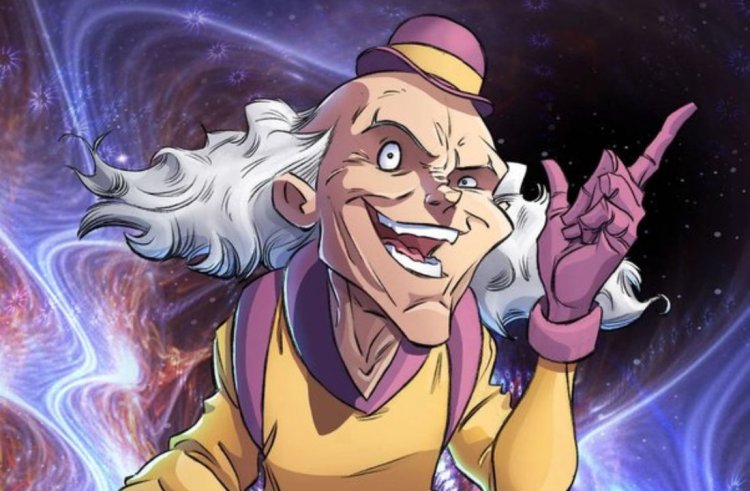 One of the oldest characters on the ranking is Mr. Mxyzptlk, a name many have failed to pronounce. He is commonly a Superman villain and one of his most dangerous enemies, as he cannot be punched away. Superman must trick the imp into going away, making some unusual comics.

Mxyzpltk is an annoyance to Superman; luckily for the Man of Steel, it often doesn't go further. Mxyzptlk's portrayal varies, with some writers making him far more vicious than others. The character has had multiple screen adaptations, including on Smallville and Supergirl. 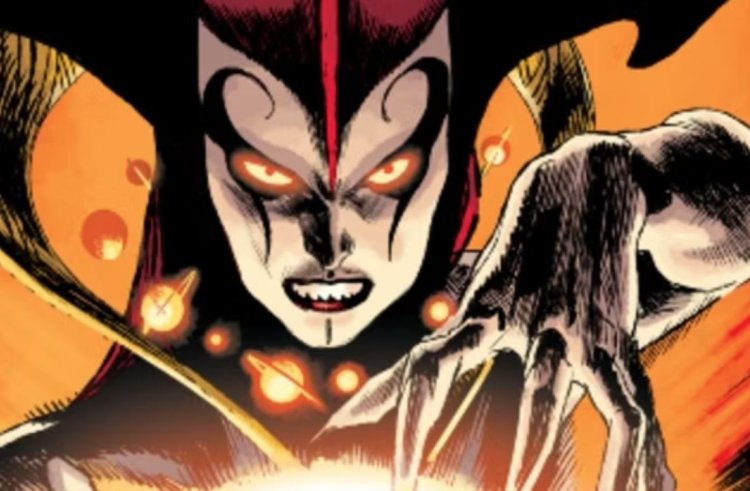 Perpetua, the first creator, is a newer addition to the DC Universe, like The Batman Who Laughs; she's not appeared onscreen yet but will possibly be brought back for a future adaptation. Imprisoned for eons in the Source Wall, She breaks free and begins rallying her forces, which include a powered-up Lex Luthor, to fight the Justice League and set her ancient plot into motion.

Perpetua, who created the Multiverse, is also mothered by the absurdly powerful Anti-Monitor, Monitor, and World Forger. Perpetua is a member of The Hand, a group of cosmic entities tasked with creating universes. She is a being of incomprehensible might, one who could only really be bested by someone like The Darkest Knight. 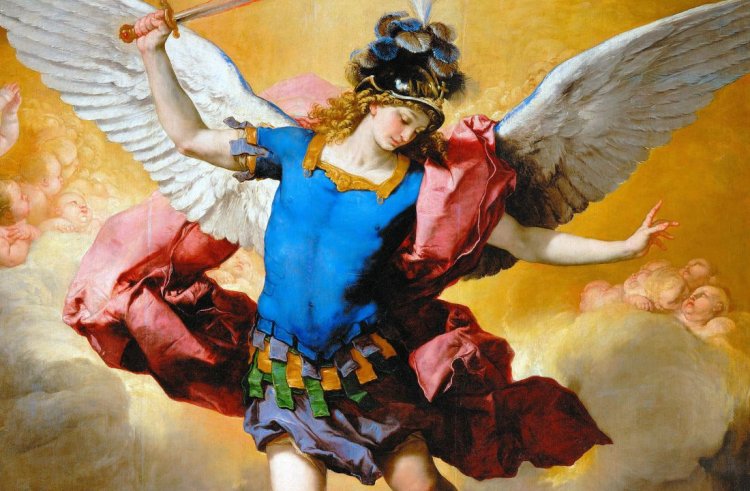 The twin brother of Lucifer is Demiurgos, both of which have divine powers offered to them by The Presence. Michael is generally a character appearing in Vertigo comics, as writer Neil Gaiman created him in the '90s. Like with The Endless, Grant Morrison declared these comic characters existent in the DC Universe in his JLA run in the early 2000s.

The character appeared in the 5th season of Lucifer, starred by Lucifer actor Tom Ellis. In the grand scheme of the DC Universe, Michael is an entity often exemplified by human characters. Still, his powers reach far beyond any human or Justice League member.

RELATED: Was the Rock teasing a Superman/Black Adam crossover? 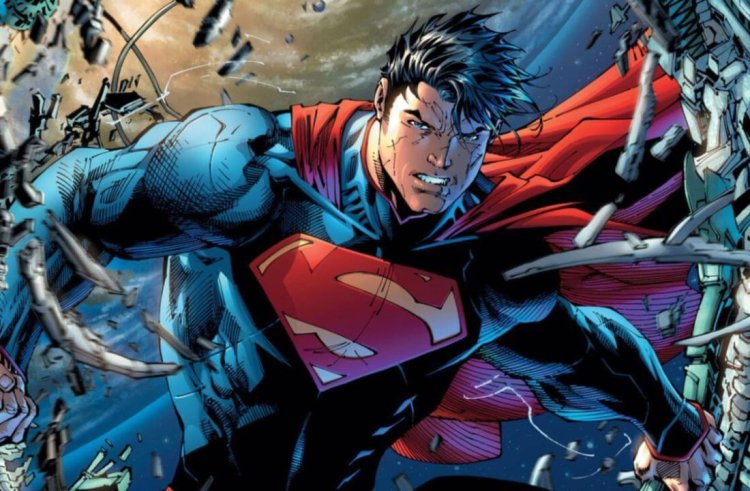 The Source is one of the cosmic entities in the DC Universe and is considered in the canon to be the energy responsible for life. The Source is guarded by its outer shell, called the Source Wall. It is an abstract science fiction concept; however, fans judge its importance by its reoccurring relevance in stories surrounding the New Gods and Darkseid's quest for Anti-Life.

Followers of Young Justice will recognize the Source Wall, as it is an area of the universe the show has explored recently. Also, the Source made its way onto Justice League Unlimited. 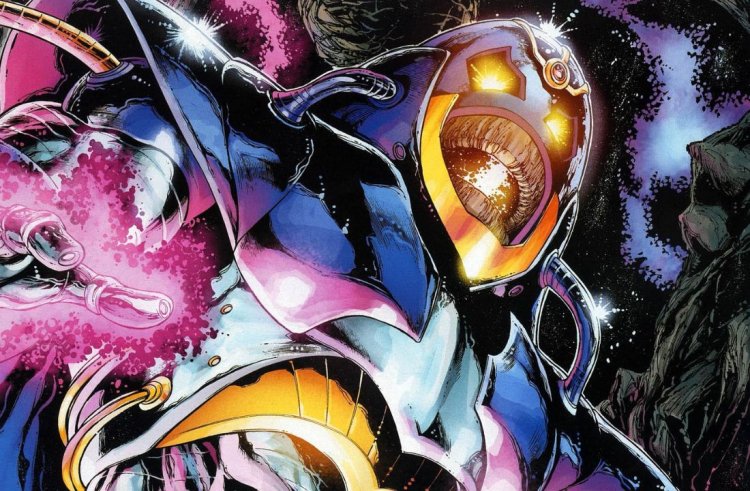 Being the main antagonist of one of the lead DC Comics crossover events always says a lot about how powerful the character is. Due to its immense power, the Anti-Monitor is one of the best villains ever and one of the end-game characters that they can rarely use.

He has the power to destroy universes, making him responsible for assumingly deaths, including Supergirl in Crisis on Infinite Earths. The character was used as the supervillain for the Arrowverse in their adaptation of the legendary comic event. 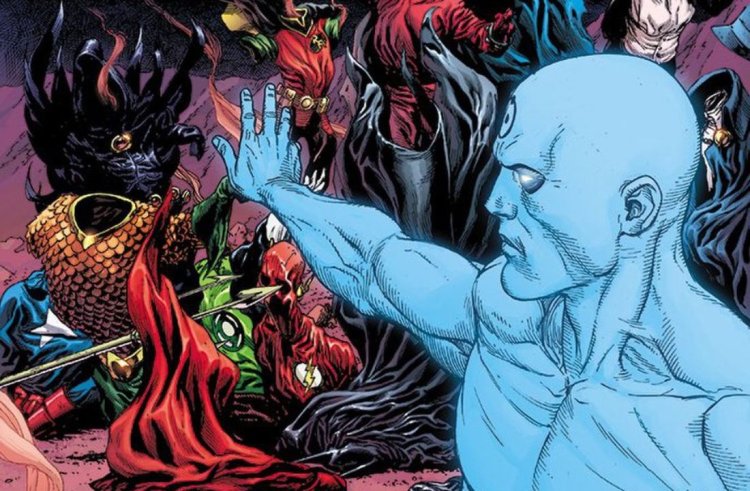 Dr. Manhattan's power was best evident in Watchmen; however, it wasn't until the DC Comics event Doomsday Clock that readers realized how strong he is. As the event mentioned earlier series proved, he can tamper with reality whenever and however he wants.

Manhattan, formerly called Doctor Jon Osterman, was a celebrated nuclear physicist, and he became a god-like being following a botched particle test. He abandoned Earth sometime after his transformation, amassing more power and solidifying himself as one of DC's most formidable beings. 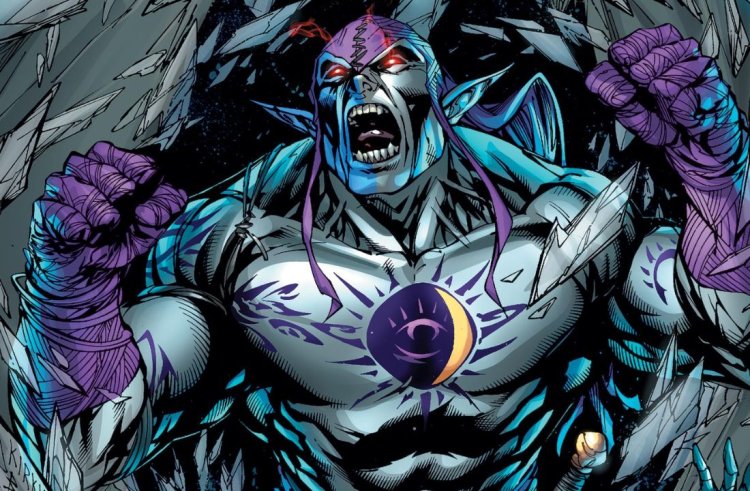 Eclipso is presently wreaking havoc in Blue Valley, Nebraska, on the CW's Stargirl; however, his evil stretches back to the Silver Age of Comics. He appeared in 1963's House of Secrets #61, debuting as an evil entity who takes the scientist Bruce Gordon as his host. He's taken many hosts, but his power remains nearly unmatched.

The last note for this entry: It will be interesting to see whether Courtney Whitmore and her new JSA can stop Eclipso or if he sticks around for that third confirmed season. 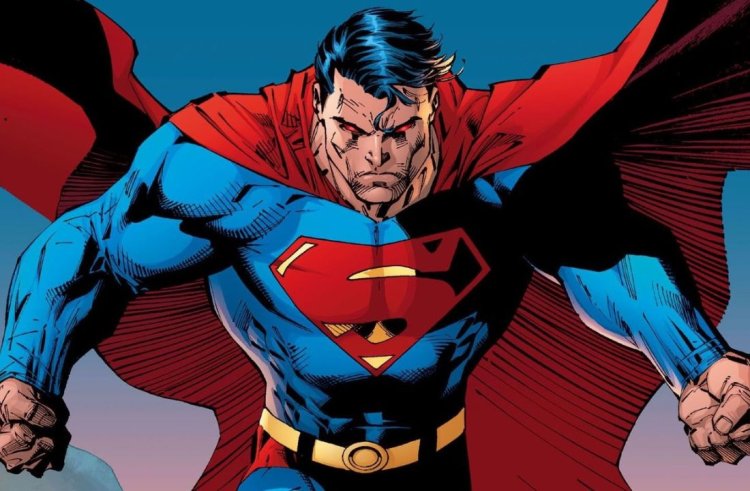 The Man of Steel is an evident pick for this list for reasons you are already aware of. Superman's will is as powerful as his punch, letting him grapple with forces far more powerful than himself. Superman draws his immeasurable strength from Earth's Sun.

As most of us know, Superman's greatest drawback is his weakness in Kryptonite. He does not have any advanced protection against magic, making people such as Doctor Fate and Felix Faust dangerous for him to displease.

But besides those vulnerabilities, Superman is impervious to almost anything his adversaries throw at him. As far as Justice League members go, it is tough to top the Man of Steel.

RELATED: Most expensive budget movies ever made 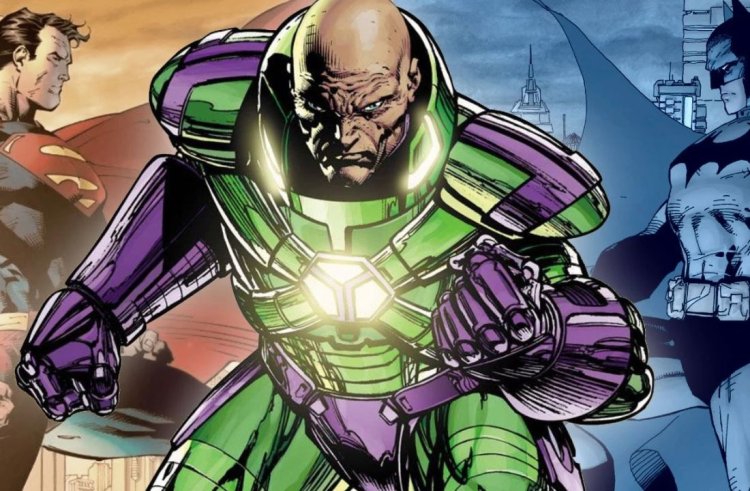 Lex Luthor's biggest strength is his incredible mind. His cleverness, savviness, and absolute brilliance are matched only by Bruce Wayne. Luthor does not boast the formidable strength of Darkseid, nor does he possess the near-omniscience of Brainiac. What he does have, though, is access, resources, and intelligence.

The comics repeatedly prove that human ingenuity is not something to be underestimated, even on a universe-ning battlefield. Luthor has plenty of that and more. He can go toe-to-toe with gods and other cosmic beings because he knows his way around a power-play. He knows what his opponents want and how to use this information to manipulate them.

Luthor makes this list because he can be smart and outclass almost anyone in the DC Universe. If that does not make him powerful, I'm not sure what does. In the latest Justice League run, Luthor allied with Perpetua and became more powerful than ever. So there's that. 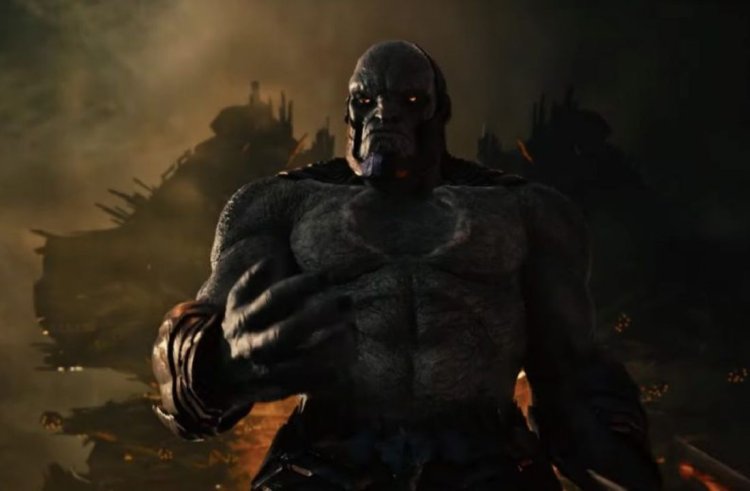 One of the best recognizable DC, or Superman, villains of all time is Darkseid, the Lord of Apokolips, who wants nothing but infinite power, control, and an end to freedom for all living things. As one of the leading villains of the DC Universe, it is no surprise Darkseid is one of the most powerful beings.

Darkseid is extremely hard and often has the edge over Superman and the Justice League in physical battles. However, Darkseid's main strength comes from his control network, with his dominion over Apokolips and other subjects typically doing the bulk of the fighting for him.