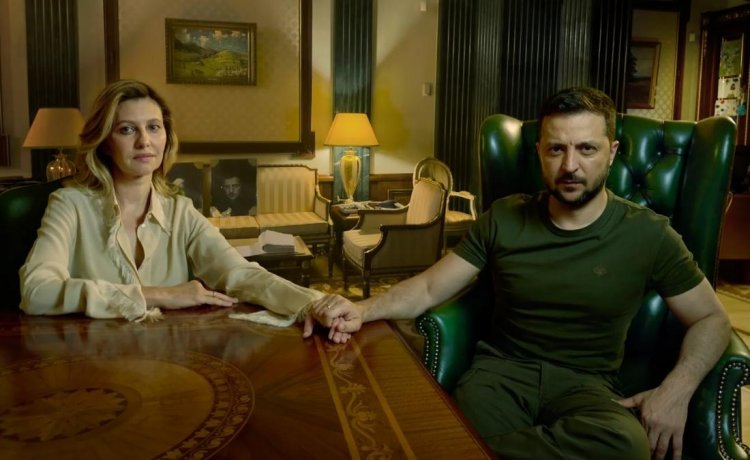 Ukrainian President Volodymyr Zelenskyy and his wife, Olena Zelenska, are opening up about their family life amid the ongoing war in Ukraine.

President Zelenskyy says his wife Olena is his greatest companion:

In a feature for Vogue's newest digital cover, Zelenskyy, 44, said that his wife is "stronger than she thought she was." 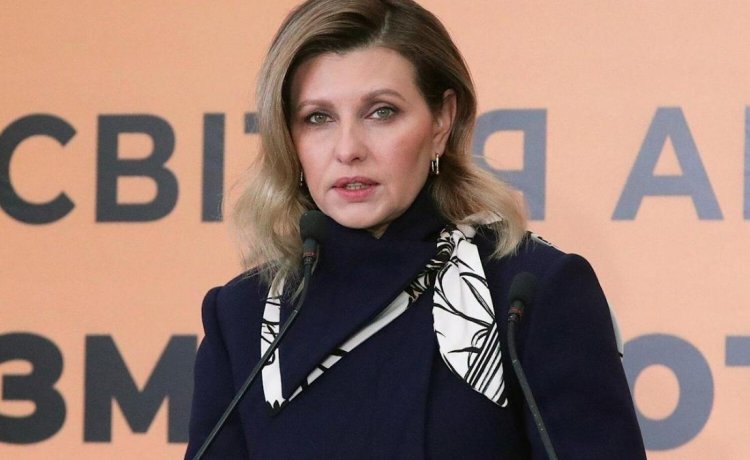 He shared, "She has a strong personality to start with," adding, "And this war, well, any war is probably bound to bring out qualities you never expected to have."

Zelenskyy called his wife "my love" and "my greatest friend," adding: "Olena really is my best friend. She is also a patriot and she deeply loves Ukraine. It's true. And she is an excellent mom."

Since the war began, Zelenska and the children have remained close. She told the publication, "I don't even know how I would have survived these months if we had been apart."

Though, for security reasons, Zelenskyy hasn't been able to see his children. She said, "He's having a much harder time in this regard. He suffers. And then my kids do, too, because they can't see each other."

Zelenskyy told Vogue of his family, "Like any ordinary man, I have been worried sick about them, about their safety. I didn't want them to be put in danger."

Russia's attack on Ukraine continues after its forces launched a large-scale invasion on February 24, the first significant land conflict in Europe in decades.

Details of the fighting change by the day, but hundreds of civilians have already been reported dead or wounded, including children. Millions of Ukrainians have also fled, the United Nations says.

"You don't know where to go, where to run, who you have to call. This is just panic," Liliya Marynchak, 45, said of the moment her city was bombed, one of the numerous accounts of bombardment by the Russians.

With NATO forces massing around Ukraine, various countries have also pledged aid or military support to the resistance. Zelenskyy called for peace talks, so far unsuccessful, while urging his government to fight back.

Putin insists Ukraine has historic ties to Russia, and he is acting in the best security interests of his country. Zelenskyy vowed not to bend.

He told the European Union in a speech in the early days of the fighting, "Nobody is going to break us, we're strong, we're Ukrainians," adding, "Life will win over death. And the light will win over darkness."