Social media posts of the pair

The Denver Nuggets commented on the Instagram post,
"Can you ask them if it's official?"
"Would but they're busy :/," the Knicks responded.
"We need more info…," the Atlanta Hawks wrote in another comment.
Knick replied, "Literally the same."

Insider's report on the pair 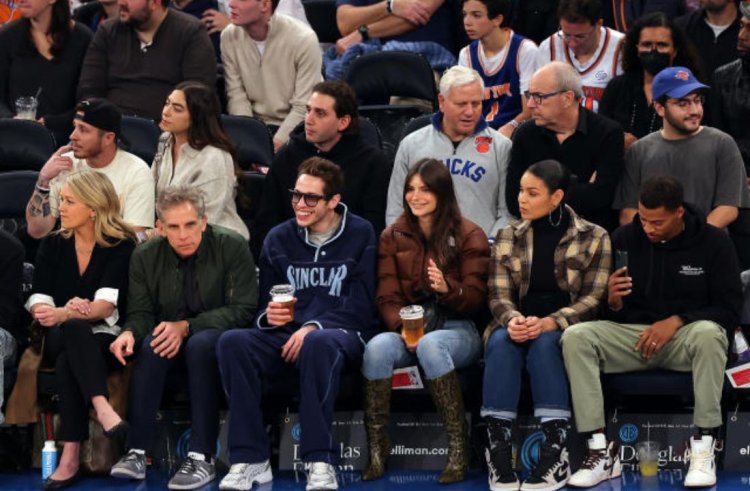 When a spy saw Davidson and Ratajkowski holding hands while out on a date in Brooklyn earlier this month, it first raised rumours of a possible affair between them. According to social media images of the holiday feast, the "SNL" star and Sports Illustrated model attended a Friendsgiving meal last week after dating for a few months.

Based on the Insider's post, the pair was "in the very early stages, but both really like each other", and "Pete makes Emily laugh and he loves how intelligent she is."

A few days later, they were cuddling in New York City, fueling rumours that they were romantically involved.

Pair's past life:
Davidson and Kim Kardashian just broke up in August after dating for nine months. After four years of marriage, EmRata recently parted ways with her estranged spouse, Sebastian Bear-McClard. She filed for divorce from the "Uncut Gems" producer after learning that he allegedly cheated on her.

She and Bear-McClard are parents to Bear, who is one year old. In addition to Kardashian, Davidson has other A-list celebrities as ex-wives. In addition, he has dated famous people, including Margaret Qualley, Phoebe Dynevor, Kaia Gerber, and Kate Beckinsale, and he was formerly engaged to Ariana Grande.