The writers of Wednesday, Miles Millar and Alfred Gough, denied Netflix's request and were able to keep the darkest lines in the final cut.

Wednesday's creators explain that Netflix wanted them to eliminate some of the show's darkest lines, but they were able to keep them in the final version. Wednesday Addams (portrayed by Jenna Ortega) is the protagonist of the first Addams Family-related reboot to showcase her as the central character. The show became available for streaming on November 23 and is presently the English-language series with the most hours viewed per week on Netflix.

The creators of Wednesday, Miles Millar and Alfred Gough, revealed to IndieWire that Netflix asked them to consider deleting Wednesday's darkest lines, but they resisted and won their case. Quips like "I do like stabbing. The social aspect, not so much," according to the co-creators, made executives apprehensive. Millar and Gough claimed that the character's macabre humour is fundamental to her identity, and the lines were ultimately retained. Millar explains.

Dark sense of humour on Wednesday 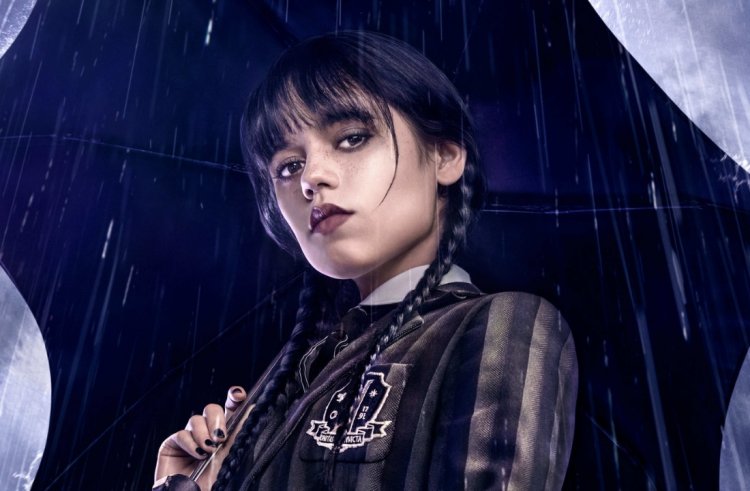 Wednesday's peculiar dark sense of humour has always been an integral part of her persona in all forms. The persona would be completely unrecognisable if not for her gothic demeanour and sadistic impulses. In addition, both audiences and critics agree that the show's amusing one-liners helped sell Ortega's Wednesday. While Wednesday's execution of its tale has earned mixed reviews, Ortega's performance has gained overwhelming praise and appreciation. Ortega was able to distinguish herself in the recurring role by her charisma and deadpan delivery. Ortega's Wednesday would scarcely resemble the fan-favourite character if she were unable to deliver a few scathing one-liners.

Need of macabre humour on Wednesday

In addition to being essential to Wednesday as a character, Wednesday's macabre humour is essential to the show's overall horror, comedy, and teen drama balance. The programme is able to attract a big audience by maintaining a tone that is both light-hearted and consistent with the dark mood. Wednesday achieves a difficult but desirable status: it is edgy enough to appeal to teenagers and young adults, yet it is also suitable for family watching, similar to other films directed and produced by Tim Burton.

Hopefully, audiences will be able to consume additional famous Wednesday lines in a subsequent season. Millar and Gough have stated that they have already plotted out the project, but Netflix has yet to announce whether their intentions will be realised. The daughter of the Addams family is an extremely iconic character; on Halloween, it is inevitable that someone will be wearing her signature black frock, white collar, and braided pigtails, which have remained unchanged in every rendition. In addition to Ortega's performance, Wednesday alum Christina Ricci (who portrays Ms Thornhill) also contributes to the uniqueness of this series.