Most expensive budget movies ever made

Most expensive budget movies ever made

We all love watching movies but have you ever wondered how much money goes into making one??

With the multi-million dollar salaries of the onscreen talents and crew members to promotions, marketing, CGI and post-production costs, most of the movies have exorbitant budgets that can surpass even $100 million. Additionally, superhero and fantasy movies with a stellar cast having A-listers are the ones that often find place in the list of most expensive movies. 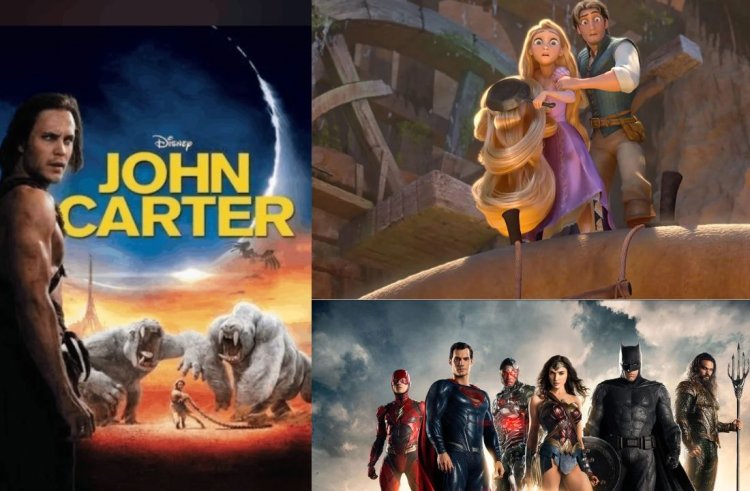 Also read:These are the Movies with future predictions

There are movies which be created on a low budget but there are some major studio films like Pirates of the Caribbean: On Stranger Tides, Avengers: Age of Ultron and Justice League which have had a whopping high budget. So let’s look in depth into all the movies with a high budget. 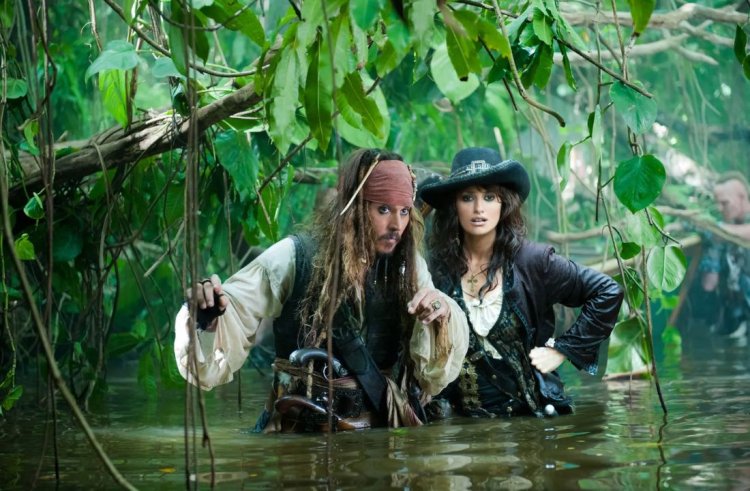 The fourth installment of the popular movie Pirates of the Caribbean series which stars Johnny Depp in the main role of Captain Sparrow is one the most high budget movies out there. The series follows Captain Jack Sparrow, who sets sail in hopes of locating the legendary fountain of youth. On his journey, he encounters a beautiful and mysterious pirate from his past called Angelica played by Penélope Cruz. She convinces him to chaperone her on a trip to the Queen Anne’s Revenge, the ship of the notorious Blackbeard played by Ian McShane. They embark on this journey while combating several obstacles including Jack’s rival Barbossa played by Geoffrey Rush, who also seeks the youth fountain.

This American fantasy film is one the most expensive movies ever made in history. The cost includes filming in four different geographical locations, high-end 3D cameras and other equipment used, fees of the actors and post-production.

Additionally, the logistics behind filming the movie with the sea in background naturally increased the cost of production. Also, actor Johnny Depp was paid nearly USD 55 million, which increased the costs. The movie eventually ended up being the third highest-grossing movie of 2011 all thanks to its storyline, huge ensemble cast and graphics. 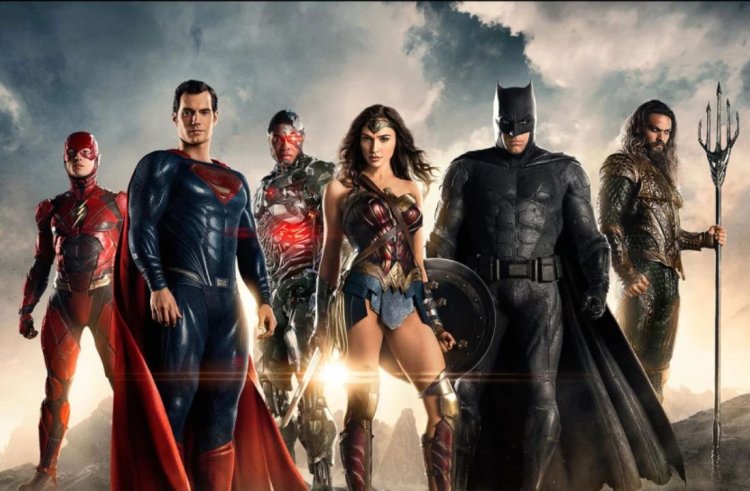 The fifth instalment of the DC extended universe, follows the escaping journeys of Bruce Wayne played by Ben Affleck who seeks the help of his newfound ally, Wonder Woman played by Gal Gadot to fight some common enemies. Inspired by Superman’s selfless act, the duo scout an assembly of metahumans to combat the looming threats and save the world before it is too late.

The movie also stars an huge A-list ensemble cast which includes the dynamic league of heroes such as Batman, Wonder Woman, Aquaman, Cyborg,and The Flash who unite to save the planet from a catastrophic disaster.

When the movie was almost shot and completed, the director of the movie Zack Synder exited from it during post-production in 2017 due to personal reasons, only to be replaced by Joss Whedon which led to widespread reshoots because every director has a different perspective which resulted in massive overhead costs, driving up the film’s already blooming  budget. The 2017 Justice League released to poor reviews and disappointing box office returns, despite its humongous budget.

Also read: The Marvel TV shows and movies for 2025 were announced at Comic-Con. The whole bunch

Fans then campaigned for Zack Synder to return to the franchise and release the original parts that were snipped from the 2017 movie by Joss Whedon. Then Warner Bros. finally gave in to the fans' requests and released Zack Snyder’s version via HBO Max in 2021. It then became the fourth most streamed movie of that year. The superhero movie grossed around USD 658 million against an estimated USD 300 million budget.

The film revolves around the adventures of John Carter, played by Taylor Kitsch, when he is transported to the wildly diverse red lands of Mars known as Barsoom. As the responsibility of handling the civil unrest in the battling kingdoms rests upon his shoulders, he learns about his superhuman capabilities. During this he also stumbles upon the absconding Princess Dejah Thoress played by Lynn Collins and rescues her.

The movie got mediocre box office returns, and the science fiction movie infamously cost millions of dollars to Disney and failed horribly. The sci-fi action movie, which was inspired by the epic Barsoom series by Edgar Rice Burroughs, was all set to be a lavish, high-budget and CGI-heavy project, aimed at competing with other big league franchise movies but couldn’t.

But Disney’s John Carter promptly became a cautionary tale in Hollywood, proving that while remakes, reboots and acquisitions are safe investments, trying to establish brand new franchises is no easy feat. 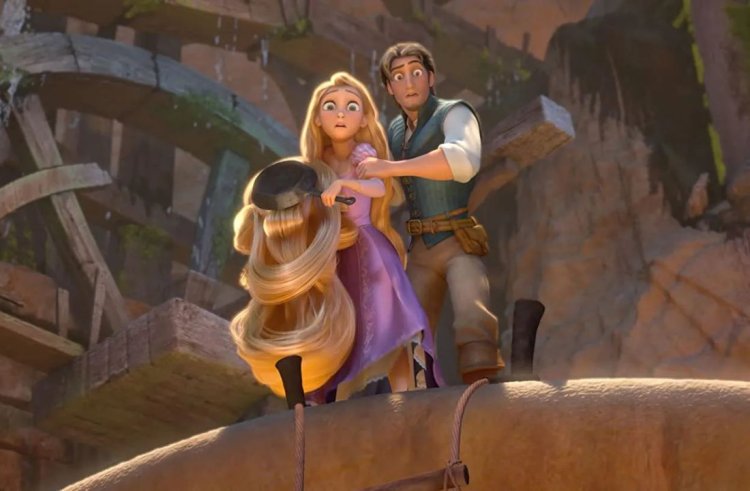 Tangled comes under the list of the most expensive animated films ever made. The 2010 movie is a modern adaptation of the classic tale of Rapunzel who is a long and golden-haired princess. Unaware of her real identity, the princess is held captive in a tower by an evil old woman, Mother Gothel, who pretends to be her mother, only to make use of her magical hair to retain her youth forever.

When Rapunzel turns 18, she yearns to escape the dreadful tower and explore the world outside. When a kind hearted thief Flynn Rider who accidentally stumbles upon her tower while running from the police, she convinces him to help her escape.

It took six years for the movie to be made as it lasted for those long years in production. The movie spent six years in production. A combination of computer generated imagery, non-photorealistic renderings and hand drawings was used, which increased the costs considerably. The highly acclaimed film earned close to USD 592 million at the box office worldwide. 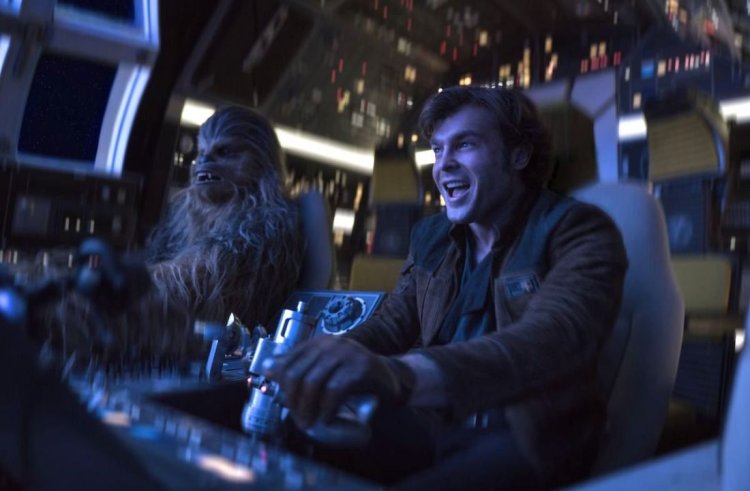 The film follows young Han Solo played by Alden Ehrenreich, who plunges into a massive heist with a group of galactic smugglers and a 190-year-old Wookie named Chewbacca played by Joonas Sautamo in search of hyperfuel. Solo gets embroiled in underworld activities and meets individuals who change his life along the way.

Also read: Netflix’s Most Expensive Movie Ever Quickly Lost The #1 Spot To This Low-Budget Romance

Owing to its disorderly production and costly reshoots, the second Star Wars movie, Solo:A Star Wars story is the most expensive Star Wars film ever made, leaving behind The Force Awakens.

The original directors Phil Lord and Chris Miller, were replaced by Ron Howard in the middle of shooting. The new director decided to reshoot major portions of the film as per his artistic vision, which added another three months of production to the scheduled six months, further increasing the costs. This ambitious refilming cost the movie, not just monetarily, but with respect to the cast too.Michael K.Williams, who was supposed to play Dryden Vos, was replaced by Paul Bettany since he could not fit the new schedule owing to other commitments.

The filmmakers were allotted a budget of USD 275 million, but earned a disappointing USD 393.2 million worldwide. Despite having big stars including Emilia Clarke and Ehrenreich, this movie couldn’t impress Marvel fans and turned out to be a flop. 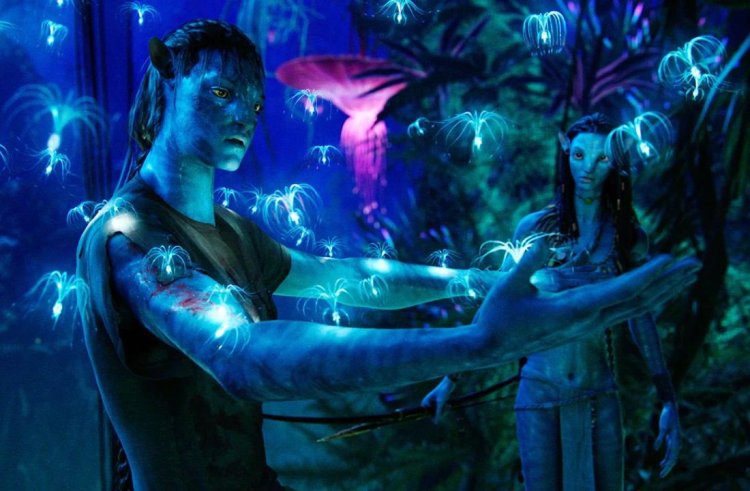 When the talk is about highly budgeted movies, Avatar is worth mentioning. Set in the distant future, Avatar’s plot revolves around Jake Sully, played by Sam Worthington, who is a former Marine officer. He takes his twin’s place and is dispatched on a corporate mission in the alien world of Pandora, native to the highly intelligent beings called Na’vi. During his time here, he falls in love with a Na’vi woman played by Zie Saldana and finds himself torn between following his orders and protecting his newfound home.

Also read:A surprise new Netflix movie has made it to the top 10 most watched – but it has seriously mixed reviews

Before Jungle Book, The Lion Book or any other live-action remakes were made, James Cameron’s Avatar paved the way for CGI-based movies, making use of groundbreaking 3D visual effects. It was the most expensive movie ever made when it was first released, but was soon replaced by massive blockbuster franchises such as the Marvel Cinematic Universe. The film’s budget was approximately USD 237 million and yielded a return of around USD 2.8 billion.