Two and a half years she replaced the original host, her late friend Caroline Flack, who died by suicide in February 2020; Laura Whitmore, 37, says she is leaving the show, which is not to be confused with the Sarah Hyland-hosted U. S. version.

She began, posting a photo of herself on set in a red pantsuit with a heart cutout, "Some news! I won't be hosting the next series of Love Island," adding, "There are certain elements of the show I have found very difficult that cannot be changed some due to the format, including the flying back and forth to South Africa along with my new conflicting projects."

RELATED: The winners of Love Island 2022: Ekin-Su and Davide crowned as winners 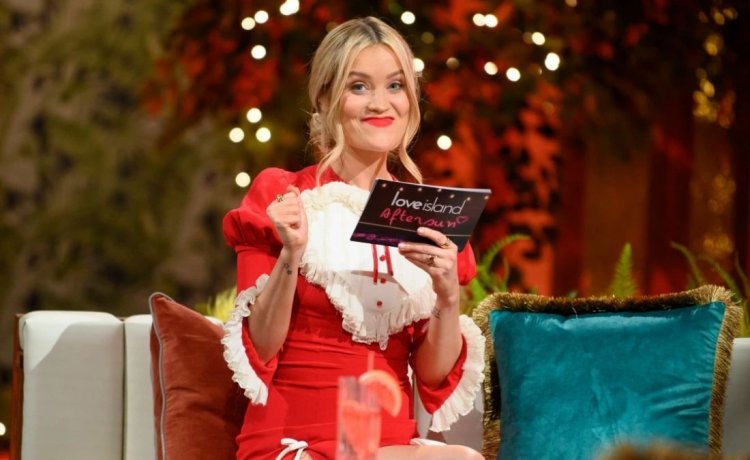 Whitmore continued, "I wish it was still possible but know you'll be in safe hands," adding, "I was only planning to fill in for Caroline for a series and it turned into 3 series. I hope I did you proud Caroline."

Winter, 27, wrote in a comment, referencing Flack, "She really would be proud!" adding, "You done incredibly."

Whitmore followed up Monday's announcement by sharing an Instagram Story early Tuesday to promote her book; No One Can Change Your Life Except For You, showing a copy of the self-help text on a rock by a body of water.

The star's departure from Love Island is her second career pivot in recent weeks. According to the BBC, in July, she announced that she left her Sunday radio show on BBC Radio 5 Live.

RELATED: Love Island USA swimsuit will make you feel like the Villa Bombshell!!!

Will Whitmore's decision affect her career

It's unclear whether Whitmore's exit from the series will affect her husband, Iain Stirling, who works as Love Island's iconic narrator.

Whitmore took over as Love Island's host after Flack stepped down after being charged with assault by beating in December 2019 following a reported incident involving her boyfriend, Lewis Burton. Flack has fronted the show since it premiered in 2015.

The host was found dead at her apartment on February 15, 2020, and a coroner later ruled that she died by suicide.

On the first anniversary of Flack's death, Whitmore paid tribute to her late friend during her BBC Radio 5 show by playing a special cover version of "The Glory of Love," one of Flack's favorite songs featured at her funeral.

In February 2021, Whitmore said, "In many ways, it still seems so fresh and in others, the last year does feel like a decade but it doesn't get any easier to comprehend, and sometimes when you can't think of the right words to say, a song can feel more appropriate."

She added, "It will be a difficult time, but I hope a chance to celebrate her memory and this song, to those who knew Caroline well, is very special."

Whitmore added, "Her family played it at her funeral last year and a very good friend of the show, musician Imelda May, has kindly recorded a version just for us. This is one of Caroline's favorite songs. This is 'The Glory of Love.'"