Casey Affleck has revealed why he was not at his brother Ben Affleck, 50, and Jennifer Lopez's, 53, Georgia wedding.

Casey was pictured in LA!

Casey was snapped exiting a Starbucks in Los Angeles on the morning of the August 20 event, which took place in Georgia. 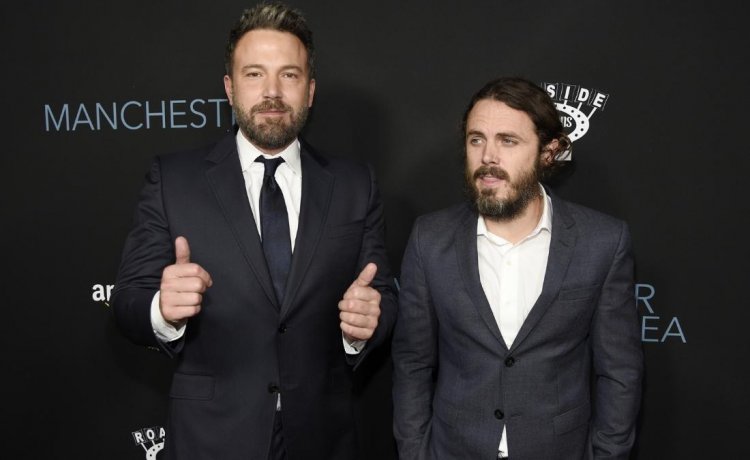 Why did Casey miss his brother's wedding?

When asked by a celebrity photographer why he was not at his brother's wedding, the 47-year-old actor asked for the question to be repeated before muttering something that sounded like, "I have other things," and entering an SUV, as seen in footage posted by Page Six and TMZ.

When questioned again, Casey did not confirm his remarks or elaborate and instead shut the car door.

A source said that Casey did not attend the wedding celebration because of "family, and parental obligations at home." The actor shares sons Indiana, 18, and Atticus, 14, with his former wife, Summer Phoenix.

Casey also avoided a question about attending Ben and Jennifer's wedding while he was out to dinner in Los Angeles two days prior with his girlfriend Caylee Cowan, as seen in another clip posted by TMZ.

Ben, and Lopez, exchanged vows in front of other family members, including his ex-wife Jennifer Garner's kids Violet, 16, Seraphina, 13, Samuel, 10, and the pop star and ex-husband Marc Anthony's twins, Max and Emme, 14.

The couple's exes also had not attended the event!

In addition to Casey, who starred with Ben in films such as Good Will Hunting and appeared in his movie Gone Baby Gone, neither of the couple's exes were spotted at the event.

According to TMZ, hours before the wedding, Garner was photographed at Sam's Club in South Charleston, West Virginia, near where she grew up.