Can I watch the black phone on Netflix?

Can I watch the black phone on Netflix?

Ethan Hawke is portraying a completely insane serial killer in this weekend's release of The Black Phone after years of playing likable, normal individuals.

The film was directed by Scott Derrickson and was based on a short story of the same name written by Joe Hill in 2004 that he and C. Robert Cargill co-wrote (aka the son of Stephen King). The story takes place in 1978 in a small Colorado community where "The Grabber," a psychotic masked murderer, is abducting and killing children. Mason Thames's Finney, his most recent victim, is imprisoned in a cellar with just a disconnected phone. Finney can hear voices on that phone, and they might be able to help him get away.

13-year-old Finney Shaw is being held captive by a vicious, disguised killer in a soundproof cellar. He is a quiet but intelligent youngster. He quickly learns that he can listen to the screams of the murderer's prior victims, who are determined to prevent Finney from experiencing what they did when a disconnected phone on the wall starts to ring.

If you're searching for a scary movie this summer, go no further than The Black Phone, which has so far received favorable reviews from critics. What you need to know about where to watch The Black Phone and when to anticipate it streaming is provided below.

Where To Watch The Black Phone

After only four weeks in theatres, The Black Phone is now accessible as a digital rental for $19.99 or as a digital purchase for $24.99 on services including Prime Video, Vudu, YouTube, and more.

When Will The Black Phone Be Streaming? 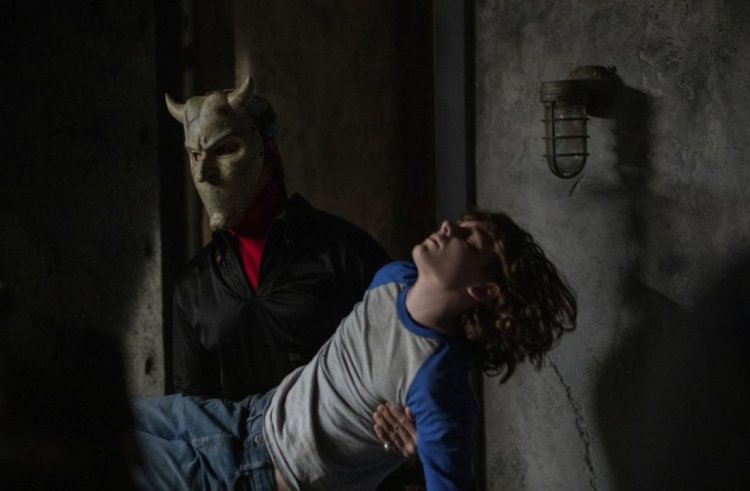 When Will The Black Phone Be On Peacock?

The Black Phone has not yet been released on Peacock Streaming. Considering this, we can predict when The Black Phone will be available on the streaming platform. After a 45-day theatrical run, The Northman, another recent Universal film, started streaming on Peacock Premium. The following day, it was also accessible on VOD.

Is The Black Phone On Hbo Max?

HBO Max will stop streaming theatrical films in 2022. (Last year, Warner Bros. decided to offer their theatrical slate on streaming simultaneously, allowing HBO Max users to enjoy films like Matrix Resurrections at home. But this year, Warner Bros. theatrical films will only screen in cinemas for 45 days before shifting to HBO Max.) The Black Phone might appear on HBO and HBO Max in the future, but not anytime soon.

Is The Black Phone Available On Netflix For Streaming?

Netflix won't be offering The Black Phone any time soon. The film might someday be available on Netflix, albeit it won't be for another four years. Netflix now has access to live-action movies from Universal Filmed Entertainment Group, which includes Focus Features, around four years after they hit theatres thanks to a pact between the two companies. For The Black Phone, this entails July 2026. That's a long time to wait, so your best option is to go to a theatre or wait for it to air on Peacock if you need to see the movie as soon as possible.