A series of posts 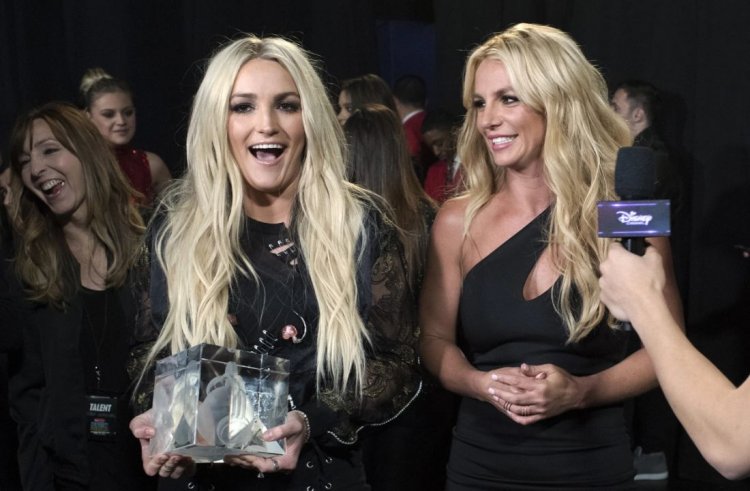 Jamie Lynn Spears is working on a Fox reality show, Special Forces: World's Toughest Test. The show includes celebrities, who are given challenges and training based on the experience of the ex-special forces operative.

Britney wrote on her Instagram; It's my Birthday, you're my heart as she is thinking about Jamie Lynn Spears.

Britney even congratulated her sister for her bravery, inspiration, and guts. Britney further writes to Jamie that she isn't alone. My baby sister, I love you.

In the series, if pictures, Jamie is seen playing the guitar in a floral top and shorts. In the next picture, she looks away from the kitchen.

Even though Britney and Jamie's relationship is full of conflicts, the appreciation post is a surprise. Since January, the publication of Jamie's tell-all book, "Things I should have said," Britney called Jamie a scum person. Jamie Lynn made up lies to sell a book.

Also Read: All About The Top Wedding Celebrity of 2022, From Kourtney Kardashian To Lindsay Lohan

Before that, Jamie had accused Britney of lying, and She was getting death threats

While Jamie was promoting her autobiography, she accused Britney of locking her in a room and brandishing a knife.
After this, a tweet by Britney was released, which is now deleted, but it read about Jamie having stooped to a new level of Low.

Britney didn't just celebrate her sister Jamie Lynn, but she also celebrated her 17-year-old son Sean Preston. The caption was a piece of the mother's heart for her sons. Britney wrote,
"To both of my boys. I love you. I would die for you!!! Godspeed my precious hearts!!! I would give anything just to touch your face!!!"
The picture of younger son Jaydon James with a similar caption. In the picture, Jayden is sitting outside and stacking the camera.

In September, Britney uploaded audio clips on her account as she spoke about her alienation from her boys.

The audio clip was divided into five parts. It discussed Britney's troubled relationship with her father, Jamie Spears, as she cursed him for burning in hell. A sad phase as she lost the contract of her son's ownership, and her father was responsible for placing Britney in conservatorship in 2008.

Even though Britney and Jamie Lynn Spears do not have the perfect relationship as sisters, it was a moment to see Britney celebrate her sister in a series of pictures during her 41st Birthday.