The 46-year-old American pianist Alicia Witt is opening up about her health.

While speaking with PEOPLE at the 2022 Christmas Con in Pasadena, California, over the weekend, the actress shared that she underwent chemotherapy treatments for cancer while at the same holiday-themed event in December 2021. 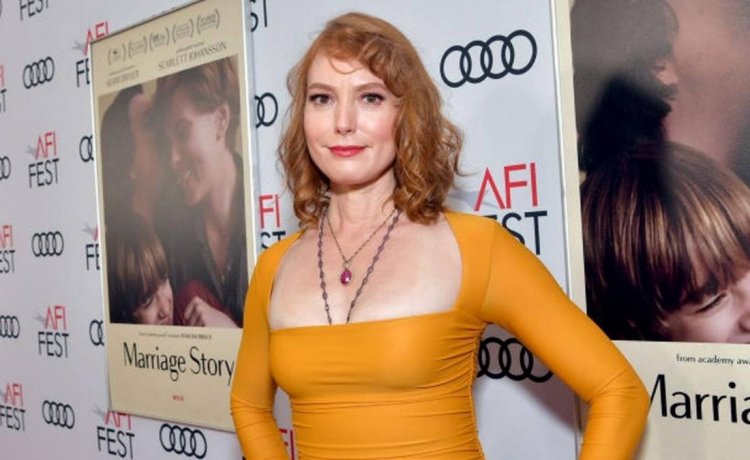 Noting that she is feeling "very well" and calling it "a gift" to attend the fan-favorite convention this year, Witt said, "The reality is, when I attended the Christmas Con in New Jersey [last year], I had already done round 1 of chemo, and it was very important to me to go through that journey privately until I was on the other side of it."

She continued, "So that was a gift in a way that no one knew at the time, and now this is a gift in a whole other way. It is hard even to know what to say, but there were a lot of tears yesterday between the attendees coming up to me and me."

Added Witt, who has starred in Hallmark Channel holiday films, including Our Christmas Love Song and Christmas Tree Lane: "I feel surrounded by even more love than I had before."

In June, the pianist opened up about her private battle with cancer two months after completing chemo in a candid Instagram post.

Sharing clips of the moment, she struck a gong to celebrate the end of her treatments and a picture with an official certificate; the actress also posted a selfie and images in which she removed her head and chest coverings on social media.

Witt wrote, "Just two months ago, I had my last round of chemical therapy before my mastectomy."Sending love to her "brilliant, beloved, collaborative, communicative doctor," Witt added that the Tennessee Oncology physician was there to see her ring the bell.

Witt continued, "Although we didn't yet know for absolute certain until after the mastectomy that the disease was completely healed from my left breast, this marked the end of my carboplatin/Taxotere, + Herceptin/projet (the latter two are immunotherapies which will continue, per protocol for HER2+, through the end of this year)."

Witt also gave a shout-out to her "tiny crew of human angels" who were by her side during her six treatments, crediting them for "keeping my spirits high" and replacing her therapy cap, which aims to minimize hair loss when needed.

Witt added, "While keeping hair was the last of my concerns on a larger level, I did deeply wish to keep my diagnosis private until it was 100% healed, god willing."

Witt said, "I'm so grateful to all those along the way during treatment who honored me by protecting my privacy during these months and grateful to help share that these caps can truly play a huge role in allowing a patient to reveal her journey on her own time, when she is ready."

The tragic death of Witt's parents:

As per PEOPLE, Witt acknowledged she'd had been "quite a year." At the same time, the actress was undergoing chemo, and her parents, Diane and Robert  Witt were found dead in their Worcester, Massachusetts, house.

The cause of death was revealed after two months, "probable cardiac dysrhythmia" due to the cold, according to death certificates.

Weeks after they died, Witt said it still did not "feel real" that her mother and father were gone.

The singer-actress also talked about her love of acting and how special meeting fans is to her.

Per PEOPLE, she said, "Because we are so blessed to get to do this for a living, and I know what a privilege it is to have been doing this now for so many decades, I tend to forget, I do these jobs, I remember some things about them, but I don't think about them very often."

She added, "And when someone comes up and tells me this thing from a really long time ago affected them to the point where they're now dressed as my character, that blows my mind. What a life!"

And while she didn't have a holiday film to promote while at Christmas Con this year, Witt said it's still possible that she could star in one before the upcoming winter season.

She admitted, "I don't have a Christmas movie this year as of now, [but] you never know with these things because I've made them as late as October."

The Orange Is the New Black alum continued, "I did finish, a few days ago, a true crime movie on Lifetime, and I'm excited about it. I love the character I played, she's based on a real person, and she doesn't look like me or talk like me or move like me. I had video surveillance and audio recordings to go on and really form this character, and that was a thrill for me."

The next Christmas Con is for December 9-11 in Edison, New Jersey.