Scary moment yesterday for Kyle Busch! The two-time NASCAR champion and his family were at the Mall of America in Minnesota when shots were fired on Thursday afternoon, causing chaos and sending people running for their lives.

Kyle Busch, 37, had been enjoying a day at the country's largest mall with his son Brexton, and his wife, Samantha before things took a frightening turn. In a video posted online, you can see Busch holding hands with Brexton as everyone tries to get to safety amid the chaos. 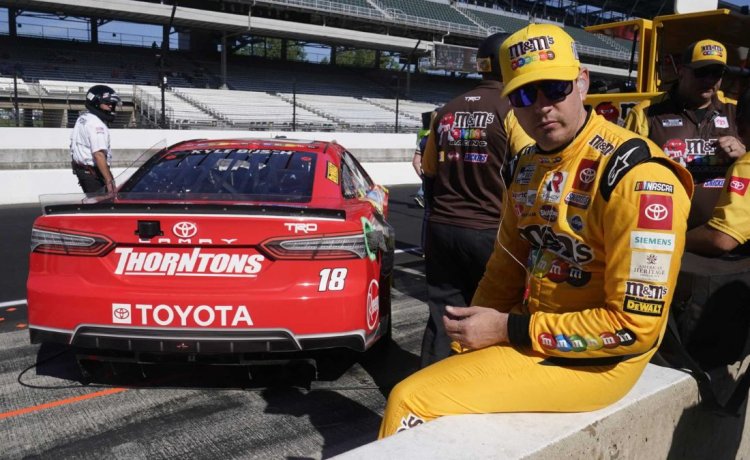 Gunshots Fired&summary=Kyle Busch and his family were at the Mall of America in Minnesota when shots were fired on Thursday afternoon, causing chaos and sending people running for their lives.&source="FactsWOW" target="_blank" class="social share_linked_in">

Later, Samantha shared an update to family, friends, and fans, "If you are seeing the news about the @mallofamerica, we got out and are safe," adding, "Praying others inside are too." Fortunately, neither Busch nor his family was injured, and according to police, it didn't appear anyone else suffered any injuries during the scary incident.

Per CNN, Bloomington PD Chief Booker Hodges said, "After reviewing video, we observed two groups get into some type of altercation at the cash register in the Nike store." Hodges added, per CNN, "One of the groups left after the altercation, but instead of walking away, they decided to demonstrate a complete lack of respect for human life. They decided to fire multiple rounds into a store with people."

According to authorities in Bloomington, Minnesota, the store was "full of people," The incident unfolded at approximately 4:16 p.m. and sent groups of shoppers fleeing the store in a panic. Representatives from the suburban Minneapolis mall said in a statement that the shooting was an "isolated incident."

The statement reads, "Mall of America immediately went into lockdown while Bloomington Police and Mall of America security responded to the incident," adding, "Although shots were fired, there is no indication that anyone was shot and the suspects exited the building."

According to mall officials, the lockdown was lifted at 6:10 p.m. when police confirmed there was no longer a threat, and guests and tenants were allowed to leave the shopping center. Mall officials say the mall is closed for the evening but is scheduled to open on Friday for normal business hours, with enhanced security and law enforcement.

According to the Mall of America statement, "The safety of our guests, tenants and team members are always our number one priority." According to the local Minneapolis CBS affiliate, the suspects fled the scene and remained at large Friday morning.