No Award ceremony is deprived of dramas. Even though the Award ceremony is packed with fun stuff, there is a slight hint of drama in Every ceremony. One Celebrity who is always dragged into the drama is Taylor Swift. The world is a witness to her not-so-great interaction with Kanye West at VMAs of 2009. There is another episode that broke the slit in 2013.

The second incident happened at the People Choice Awards of 2013. In this ceremony, Taylor almost had her award snatched away from her. Swift wore a plunging neck white gown paired with beautiful earrings and tied up. 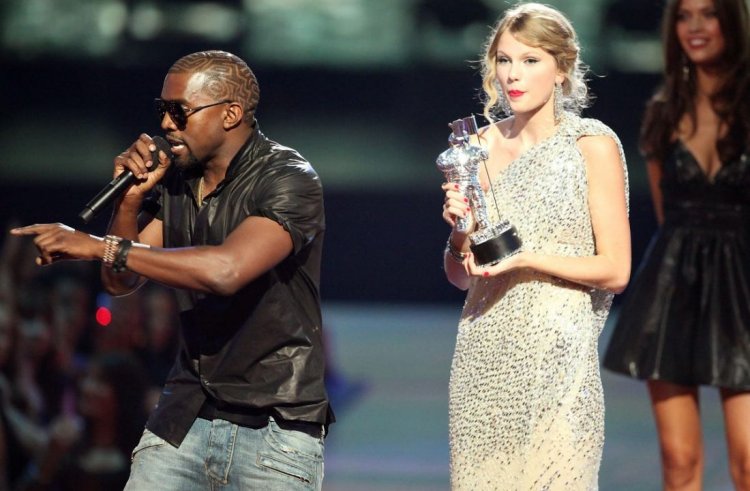 Taylor Swift looked extremely hot in the white dress. She was all smiles as Taylor headed on the stage to accept her award for the category of Favorite Country Singer.
Taylor graced the Podium. She greeted both the award's presenters, Olivia Munn and Johnny Galecki, before taking over the crystal-studded award.

The last thing on Taylor's mind would have been an interaction with Kanye West. An interruption was similar to the VMA's of 2009. Olivia didn't want to give the award to Taylor and took it back. It was shocking, but Taylor played around by handing the mic to Olivia to give her acceptance speech.

Taylor said It always happens with her, and Oliva said It would continue. It's how Taylor's life is. Taylor acknowledged her statement and said That is True.
Taylor, who tried to continue to give her speech, Olivia gave Taylor the award. She said she didn't want to be the insensitive person referring to Kanye West.

In 2009 At the VMA, Kanye took Taylor's microphone away while she was ready to give her acceptance speech.