Letitia Wright furious over accusing her with abusers and sexual misconduct over Will Smith, Brad Pitt controversies

Letitia Wright furious over accusing her with abusers and sexual misconduct over Will Smith, Brad Pitt controversies

Letitia Wright is trying to move from the shame light to the limelight in a better way after receiving loads of criticism that she received in December 2020 over re-tweeting an anti-vaccination video on Twitter when the COVID-19 cases were spreading and killings millions a day.

Though Letitia Wright has apologized for her anti-vaccination stance, her past is being dug up. Now, she moves around as a centerpiece that links her COVID-19 vaccination Twitter post to recent controversies involving certain men in Hollywood, saying she wants to end her past.
On Monday, in her Instagram post, Letitia Wright called out an article by The Hollywood Reporter that compared her vaccine dispute to ones involving Will Smith and Brad Pitt, "very rude." 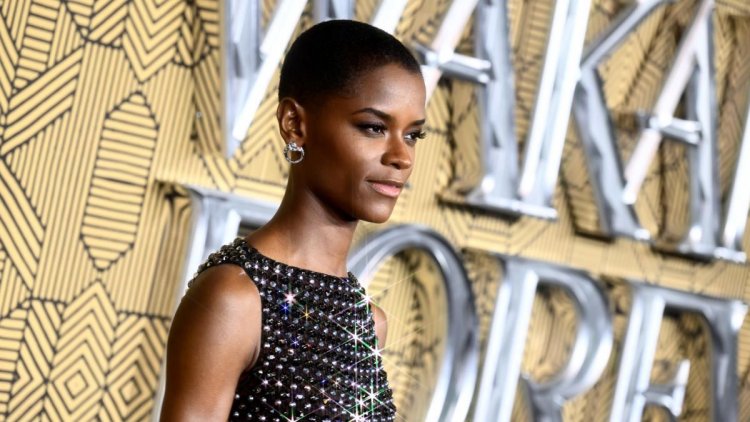 From the screenshot of the story she wrote,
"How dare you. You mentioned my name alongside men who have been accused of abuse & sexual misconduct. This is vile behavior."

What was the article all about?

The article questioned whether or not controversy may influence an actor's likelihood of receiving an Oscar nomination. Wright, Smith, and Pitt are potential candidates for the roles they will play in "Black Panther: Wakanda Forever," "Emancipation," and "Babylon," respectively.

What happened with Bradd Pitt and Will Smith?

In 2016, Angelina Jolie claimed that her ex-husband Pitt had physically abused her and two of their children; earlier this year, Smith smacked Chris Rock onstage at the Oscars. Both are given as illustrations of individuals whose employment with the Academy may be in peril.
Other such assaulters:
Roman Polanski, Woody Allen, and Casey Affleck are also mentioned in the article by Scott Feinberg as examples of men whose sexual assault or misconduct allegations did not prevent them from receiving Oscar nominations, in contrast to actor-director Nate Parker, who was also accused of sexual assault but later found not guilty after a trial.

When the COVID-19 vaccination became available in 2020, Wright released a video on her since-deleted Twitter account that questioned whether or not people should get a vaccine. After much hatred for the video, Wright deleted it and apologized.

Even after the apology, the article never let her go free and accused her even after two years of the since-deleted video she shared. She also claims that the newspaper and the article's author, Scott Feinberg, have since refused to retract their statement or remove Wright's name. That is undoubtedly a hill to die on.

She also added in her Monday Instagram story that.
"I've remained silent as the world told me to kill myself two years ago for a video I posted and apologized for. I kept my head down and focused on my craft. And now I'm at the other side of it." And also added that "I won't remain silent. Stop your disgusting behavior."

Editor-in-Chief of THR Moody commended Wright and expressed her appreciation for "the reaction and conversation around" the story.

Letitia Wright on the cover page