It was a shocker for the world to learn that Ben Affleck and Jennifer Lopez had finally got married in Las Vegas on July 16. They had only been dating for a year and a half and had gotten engaged three months before their wedding.

The shock also came in because the couple was engaged in the early 200s as well but they had called it quits due to various reasons. With that failed attempt also came the experience of dealing with Paparazzi in their relationship, but their honeymoon seemingly exposed their different responses to scrutiny.

Jennifer, Beck, and the Paparazzi for the honeymoon 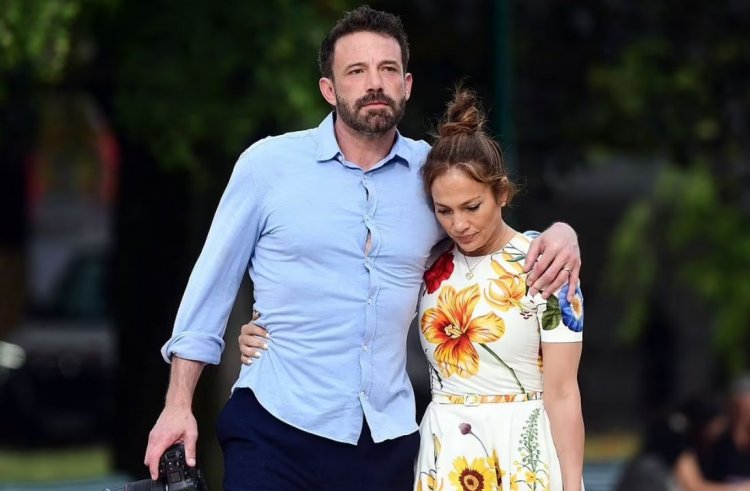 After officially becoming husband and wife, Jeniffer and Ben flee off for their family-inclusive honeymoon trip to Paris, France. The couple enjoyed their time but the only problem was apparently how they were being constantly chased by the media.

They were indeed documented on several excursions, from the Elysee Palace to a cruise on the Seine River to the Eiffel Tower. And Bennifer was also seen trying to give their kids some culture at the Louvre not long after Ryan Gosling&rsquo's failed attempt with his daughters.

Yet, while the Grammy winner was putting on a happy face for the public, her new husband was decidedly not. The source said, “ Ben is used to flashing lights. But he felt that the honeymoon was a tsunami.

Jen’s made out of steel and knows it comes with the territory but he still gets pissed off”. One reason for the couple to break off earlier was because their first wedding was delayed in 2003 due to hefty paparazzi exposure making things go crazy.

For that same reason, supposedly, Affleck and Lopez broke up not long afterward. But the actors did not let those same pitfalls keep them apart in the present, but that doesn’t mean it isn’t still just as difficult to navigate.

Jennifer and Beck expose the Paparazzi

Jeniffer Lopez was candid to Rolling Stone earlier this year about how “brutal” the press coverage of her and Ben Affleck was the first time around. This time, she claimed, they aren’t going to talk as much about the relationship in public as a result.

She added that the “game has changed” thanks in part to both having done some much-needed growing up. Ben Affleck said as much in a rare discussion about the rekindled Jennifer Lopez romance in late 2021. He stated then that they've learned not to “ share everything with the world,” but that he sees it as a “beautiful” story that he might just write about one day.

Since Ben Affleck talked about writing a story for his beloved, we might get to see a biopic full of the couple’s love, But we might have to wait a little longer for it. Nevertheless, what we won’t have to wait too much longer for are the Hollywood duo’s other titles still to come.

Ben Affleck’s cameo in Clerks III is slated for a September release on the 2022 movie schedule. We’ll also see the 49-year-old make an appearance as Bruce Wayne in Batman in next year’s Aquaman 2. As for Jennifer Lopez, she’s been doing a lot of streaming titles of late Netflix’s Halftime, but her roles in Shotgun Wedding and The Mother are also on the horizon.

So their careers are booming, the romance is better than ever and their blended families supposedly all get along like gravy, and Ben Affleck and Jeniffer Lopez have decided on whose house to make their forever home.

Everything’s good – but can the paps just give Ben and Jen like five minutes of solitude before the former Wayne loses his cool?  That would be cool for the couple and their happiness.