Pangolins, The World’s Most Trafficked Mammal, This Wildlife Sanctuary Is Caring For Them 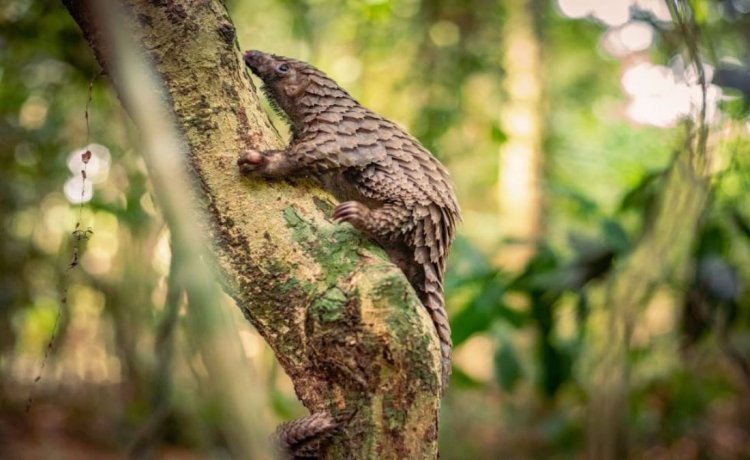 Deh Jr is bottle-feeding milk to an orphaned baby pangolin. These small, scaly creatures are believed to be the most trafficked mammal in the world.&source="FactsWOW" target="_blank" class="social share_linked_in">

At Libassa Wildlife Sanctuary in Liberia, West Africa, Juty Deh Jr is bottle-feeding milk to an orphaned baby pangolin. These small, scaly creatures are believed to be the most trafficked mammal in the world.

Pangolins are found across Africa and Asia, but all eight species are at risk of extinction, killed for their meat and use in traditional medicine. In Liberia, they are commonly known as "ants bear" owing to their particular diet of ants and termites, and this sanctuary is a haven for them.

Since I've started working with Libassa Wildlife Sanctuary, I feel like animals are part of me," Deh Jr tells CNN. So whenever I see someone hurting an animal, I feel like they're personally pulling me.

The Sanctuary And The Pangolins Details 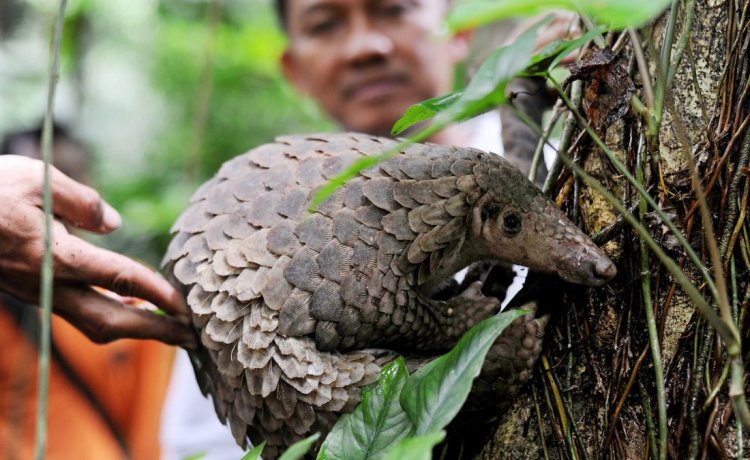 Deh Jr joined the sanctuary when it opened five years ago and said in that time. He has cared for over 70 pangolins, most of which were brought here by the Liberian Forestry Development Authority after being confiscated, surrendered, or orphaned due to the bush meat trade.

Liberia is the most forested country in West Africa, with over two-thirds of its landmass comprising forest. Rich in fauna and flora, these forests form part of the Guinean Forests of West Africa biodiversity hotspot, which, according to a 2018 USAID report, contains a quarter of all mammal species found on the continent, including 30 species of primates and three of the world's eight pangolin species.

Related: The world trafficked mammal Pangolins on Earth are covered with scales!

Many people also live in forested areas. In Liberia, there is a long history of consuming bush meat, from primates to civets (a cat-like mammal), and pangolin is considered a delicacy.

Deh Jr grew up eating the animal, something he is ashamed of today. As a kid living with your parents, you don't have any choice because you cannot provide food for yourself, he explains. So even if you don't want to eat bush meat, you must do it.

Susan Wiper, director of Libassa Wildlife Sanctuary, says that some people are killing the animal to supply demand from China and Vietnam, where its scales are used in traditional medicine.

Between 2014 and 2018, the number of pangolin shipments seized globally increased tenfold, according to a 2020 report from the UN Office on Drugs and Crime.

Most seizures were in Asia, with the animals primarily originating from Africa. Uganda and Togo were the most significant sources of pangolins, with the report noting that there had recently been significant seizures in Ivory Coast, involving Liberia as the source country.

Before 2009, most pangolin scales were sourced in Asia, and the report noted that the growth in African imports could be because of a decline in Asian populations.

While the WWF estimates that over one million pangolins globally have been poached in the past decade, Wiper says exact statistics are hard to come by. Nobody's got any idea of the numbers in Liberia, so every pangolin goes is a disaster.

Pangolins don't have natural enemies except for humans, says Deh Jr. If they get a fright, they roll into a ball, and no other animal can budge through the scales. Their scaly armor protects them from almost all predators except one. But also make it easy for humans to pick it up and do whatever we want to do with it.

The commercial trade of these animals has been banned internationally. In 2016, the Liberian government introduced a law prohibiting hunting, buying, selling, capturing, transporting, or eating protected species, including pangolins.

But enforcing this law remains a challenge. Wiper explains that many people don't know it exists and says education and awareness play a critical role in the future of conservation in Liberia.

Nonetheless, she remains hopeful that things are changing. She says the Liberian Forestry Development Authority is playing an increasingly active role in confiscating protected species that have been taken from the wild.

In the past four years, Wiper says the sanctuary has taken in almost 600 animals, from pangolins to dwarf crocodiles, monkeys, and others. She says the main objective is to rehabilitate and return as much Liberian wildlife to the forest as possible.

For Deh Jr, there are few greater rewards than this. Putting it back in the wild, you feel proud, he says. You think you are moving forward because you are saving little animals.