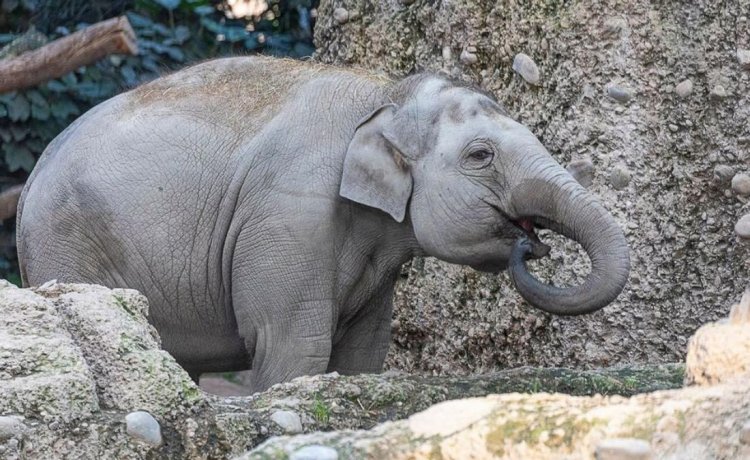 Zurich Zoo In Switzerland&summary=Ruwani, a 5-year-old female elephant, becomes the third elephant at the Zurich Zoo to die from the herpes virus on Saturday.&source="FactsWOW" target="_blank" class="social share_linked_in">

Ruwani, a 5-year-old female elephant, becomes the third elephant at the Zurich Zoo to die from the herpes virus on Saturday. According to a news release from the zoo, the elephant cow suffered from Elephant Endotheliotropic Herpesvirus (EEHV), a condition that typically lays dormant in most elephants.

The zoo also shared the announcement on Facebook, saying they are "dismayed" over the loss. Ruwani was placed on an antiviral drug regiment "early on" and presented without "signs of illness" until Friday.

The young elephant's case marks the latest elephant from the zoo to die from the same disease. She follows an 8-year-old female, Omysha, who died last month, and Umesh, a 2-year-old male who died at the end of June.

The zoo's director, Severin Dressen, said in the release, "Losing the third elephant to this dreaded virus in such a short time is a tragic loss for Zurich Zoo." Dressen continued, "For us as a zoo, it is particularly frustrating that we are powerless against the virus despite the best veterinary care from the University Animal Hospital Zurich."

The zoo added that the likelihood of this disease presenting itself in the other elephants at the zoo remains low. The veterinary advisor to the European conservation breeding program EEP for Asian elephants, Willem Schaftenaar, "Zoo Zurich monitors the elephants in an exemplary manner by means of regular blood tests.

This means that an increased viral load in the body can be detected at an early stage and appropriate measures can be taken immediately." As per SwissInfo, elephants suffering from EEHV have a mortality rate of 85 percent. It's said to cause death in elephants throughout European and American zoos dating back to the '80s.

The elephant made up one of two elephant groups at the zoo alongside her mother, Farha, and grandmother Ceyla-Himali. Umesh and Omysha formed the other herd with mother Indi and sister Chandra.

The youngest elephant at the Zurich Zoo, Farha, 17, will continue to be monitored closely. As per Reuters, it is common for young elephants to succumb to the disease, mainly if their immune system hasn't fully formed its antibodies.