The World's Most Venomous Snakes

The World's Most Venomous Snakes 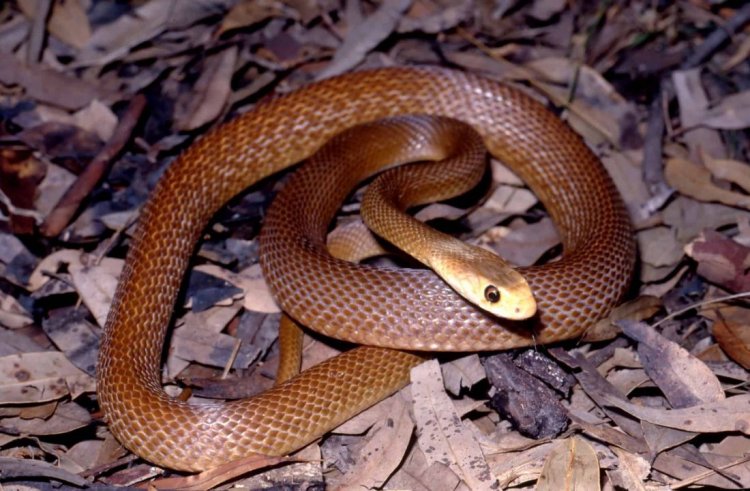 The inland taipan is appropriately named "the ferocious snake" because it is widely recognized as the world's most venomous snake. Its paralyzing venom is composed of lipoxin, a combination of neurotoxins, procoagulants, and myotoxins that induce bleeding in blood vessels and muscle tissues while inhibiting breathing. Its bite is fatal in more than 80% of untreated cases and can kill a human in less than an hour. Without a doubt, the inland taipan is the most poisonous snake for humans and one of the world's deadliest creatures.

Except for deep forests, the solitary and fast-moving eastern brown snake is native to Eastern and Central Australia and Southern New Guinea. Although it is known as the eastern brown snake, it comes in a variety of colors, ranging from pale brown to black, and has a creamy yellow underside. They can grow to be up to 2 meters long, with a slim physique and no distinction between the head and neck.

It is the world's second-most poisonous land snake, accounting for over 60% of snakebite deaths in Australia. The snake's head rises high off the ground in a whole show, coiling into an 'S' form to attack, typically resulting in lethal bites to the victim's upper thigh. The principal effects of the venoms are on the circulatory system, causing bleeding, cardiovascular collapse, and cardiac arrest.

The coastal taipan is found around the coasts of Northern and Eastern Australia, as well as the nearby island of New Guinea. Its venom is nearly identical to that of the inland taipan, which is regarded as the most venomous snake in the world.

The coastal taipan has a long and narrow head (similar to the black mamba) and a thin body that ranges in color from pale olive to black. When it detects its victim, the snake stops and then leaps forward, making multiple rapid bites. It then lets go of the prey and waits for the poison to take effect before devouring it. Make no mistake; this is one of the most dangerous snakes on the planet.

The king cobra is the world's longest venomous snake, reaching lengths of up to 5.5 meters. The species primarily inhabits forested areas in Asia, ranging from India to Southeast Asia, including the Philippines and Indonesia.

The king cobra is an apex predator that deserves to be high on this list of venomous snakes, with a 50% death rate for untreated human bites. A king cobra bite contains enough venom in a single bite to kill an elephant in a matter of hours!

The black mamba is one of only two snakes on this list that lives in Africa (notably, the dry bushlands of Eastern Africa), where it uses its speed to seize prey and inject an exceptionally lethal venom. Although it is frequently recognized as the quickest snake in the world, it is really beaten into second place by the sidewinder.

The black mamba is a slender, fast snake that can reach speeds of up to 19 kilometers per hour in brief bursts over open ground. It can grow up to 4 meters long. The black mamba, like the sidewinder, employs lateral undulation to build momentum by traveling in an 'S' form and pushing off things in its path.

The black mamba's combination of speed, poison, and aggressive attitude is what makes it such a feared snake throughout Africa - and places it on the list of most dangerous creatures in Africa. Mambas, like all snakes, prefer to avoid confrontation with people, but if cornered, they will gladly stand their ground and fight.

These Central and South American snakes are recognizable by their flattened heads that are distinct from the rest of their bodies. Females are the thickest and longest of the species, reaching up to 1.8 meters in length, with larger heads and fangs.

Barba Amarillas is an angry and quick-moving creature with a reputation for being unpredictable. Their poison is necrotizing, excruciatingly painful, and frequently fatal. Combine this with the Barba Amarillas ability to project nearly two meters and bite with its head high above the ground, and it's easy to see why it's one of the deadliest venomous snakes.

The banded krait is a highly venomous cousin of the cobra that can be found throughout the Indian subcontinent and Southeast Asia. This krait, which may grow to be over 2 meters long, is easily recognizable by its vivid yellow and black crossbands and distinct vertebral ridge.

It's a shy, nocturnal snake that doesn't attack people on purpose, but when it does, its venom can cause respiratory failure and potentially suffocation. The death rate for untreated bites is estimated to be around 10%.

The boomslang is a poisonous snake native to Sub-Saharan Africa that may grow to be 1.6 meters long and has a distinctive appearance, with enormous eyes in an egg-shaped head. Its name translates to "tree snake" in Afrikaans because it hunts by imitating a branch by extending the forward part of its body immobile from a tree.

It has a highly potent venom that prevents blood coagulation and causes internal and external bleeding, ultimately killing the victim. When biting, the venom is given through enormous fangs placed in the back of the jaw, which can open to 170°.

The boomslang is a fearful snake, expanding its neck and striking in an 'S' shape, but usually only biting humans when they try to handle, catch, or kill it.

The saw-scaled viper is prevalent in parts of India and the Middle East, and it is the snake that kills the most people yearly. Indeed, many scientists believe it is responsible for more human deaths than all other snake species combined, making it one of the world's most deadliest snakes for humans.

While the saw-scaled viper's venom is lethal in less than 10% of untreated victims, the species is frequently found in densely populated places, and its aggression means it bites early and often.

Tiger snakes are only found in Southern Australia and its coastal islands, including Tasmania. Tiger snakes vary significantly in size and color (from bright yellow to jet black), but they are frequently banded, hence the name.

They all share a potent cocktail of neurotoxins, coagulants, hemolysins, and myotoxins that they inject into their victims. Tiger snake bites, which are fatal to hums if untreated, account for an estimated 17 percent of Australian snakebite casualties.

Tiger snakes are only found in Southern Australia and its coastal islands, including Tasmania. Tiger snakes vary significantly in size and color (from bright yellow to jet black), but they are frequently banded, hence the name.

They all share a potent cocktail of neurotoxins, coagulants, hemolysins, and myotoxins that they inject into their victims. Tiger snake bites, which are fatal to hums if untreated, account for an estimated 17 percent of Australian snakebite casualties.