Greek theatres and their influence on today’s entertainment world

Greek theatres and their influence on today’s entertainment world 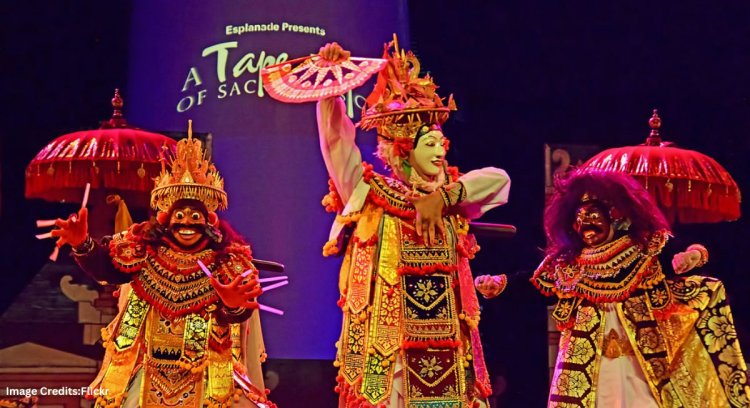 No matter how big or small, every Greek city had at least one theatre, and some, like Attica, had more than one. This shows how important theatres were to the people who lived there. The theatre was a place where myth, ritual, religion, dance, music, and literature all came together. It was a place where people could talk about their ideas, get away from the sometimes-harsh realities of everyday life, and see and be seen. It also had some of the traits of an endurance contest, since someone who went to a full festival of plays, which a lot of people did, listened to maybe 20,000 lines of poetry while sitting on hard benches made of wood or stone.

The Greek ritual of theatre

Greek theatre began as one of the religious rituals. Modern people usually only think of Dionysus as a god of wine and partying, but he was also a god of farming. In some ways, he was like the Egyptian god Osiris. He was born twice, like Osiris. The second time, he came from Zeus' thigh, who was the father of gods and humans. In ancient times, people started celebrating planting and harvesting right on the ground where the grain was separated from its stalk. It was a chance for the Greeks to show off their love of dance and music, give thanks for a good harvest, and maybe drink the drink most associated with Dionysus. Some of the names used in the theatre were obviously taken from the threshing floor.

Ancient Greek plays were presented within the context of a Dionysian festival structured along the lines of athletic festivals held at Olympia, Nemea, and Delphi. Seating was on a first-come, first-served basis, although there was a center row block for V.I.P, including the priests of Dionysus. Costuming consisted of typical clothing but included huge, red leather phalluses suggestive of the ribald nature of some comedies. Euripides is considered by many to be one of the founders of modern comedy, having written more than 100 plays but only one complete play survives. No one escaped the acerbic wit of Aristophanes, especially politicians and philosophers, and little doubt that in modern times he would be charged with slander and libel.

Principles of Greek drama and our new movies 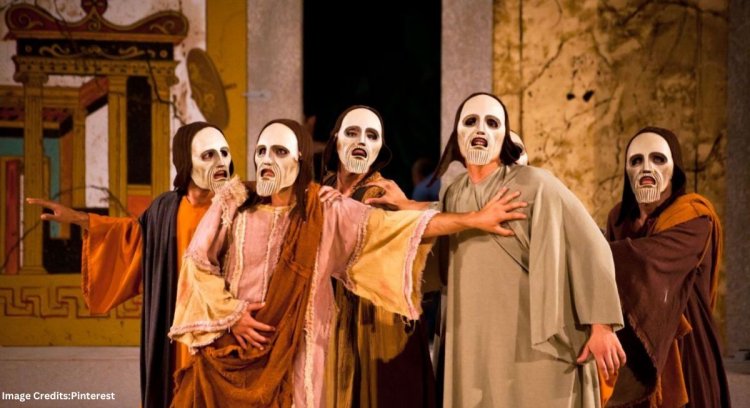 Aristotle says that a play can start with a premise resulting from a coincidence or a strange set of events. but it can't end because of luck, fate, or chance alone. It must make sense based on what the character does on stage in front of the audience.

"The Lord of the Rings," which is a novel or epic and not a play, is an interesting example. The story starts with a series of strange coincidences... In particular, Bilbo the Hobbit JUST HAPPENED to get separated from the Dwarves and pick up the Dark Lord Sauron's old Ruling Ring, which was lying on the floor of the cave.

But after that, his nephew Frodo, who gets the Ring from Bilbo, has to go through a lot of hard times and tests of character to get the Ring to Mordor. He has to make the right choice again and again... or, if he makes mistakes, have things go wrong that set him back or make things harder than they were before. Only at the end is there a "Deux Ex Machina," which seems to break the rules, but in a larger sense, the rules are not broken... Frodo is getting a reward from the gods or the fates for saving Gollum's life over and over again. At least, that's how most people see it. And there are better examples of "Aristotelian" dramas that are well written. The point is that when we go to a play, movie, or TV show today, we expect and demand that the characters' actions have consequences and that (most of the time) problems aren't mostly solved by luck. Aristotle was just a single Greek, but he got his ideas from watching the best Greek plays of his time. "Oedipus the King" (Oedipus Rex) was a favorite, not because Aristotle or Sophocles had an Oedipus complex, but because the plot of that play, in which King Oedipus must investigate a crime for which he turns out to be guilty, is very logical and tragic. It all depends on Oedipus's repeated decisions to keep looking for the Truth, even when the Chorus tells him to Just Not Go There. 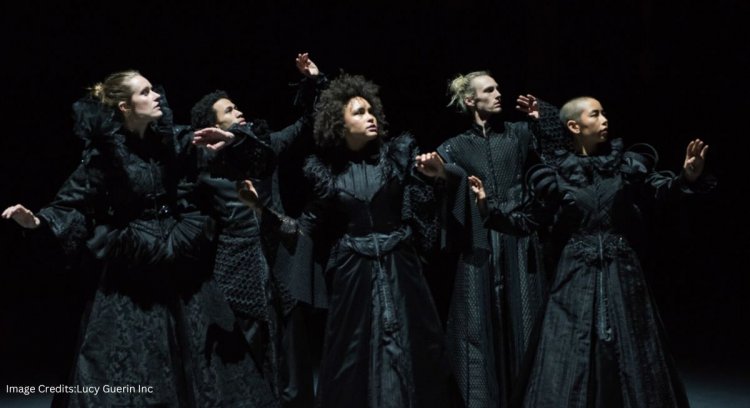 By the way, the Chorus is a dramatic device that is almost never used in modern plays. This is a device that is used again and again, though, when there is a wise character who often speaks for the author. Gandalf is a character like this in Lord of the Rings. In Star Trek, Dr. "Bones" McCoy often says to Kirk, "Jim, do you really have the heart or the right to start a war on that planet?" This is like a Greek chorus. Spock sometimes takes on the role of the Greek Chorus, telling people not to fight or to follow the Prime ("Non-Interference") Directive. Of course, Kirk, who is like the classic Greek hero Hercules, Oedipus, or Agamemnon, always finds a way to ignore the "Chorus" and get around the Prime Directive!