In the 90-Day Fiancé: Happily Ever After? Season 7 finale, Usman Umar, also known as Sojaboy, split up with Kim Menzies and put a dead end to their romance.

Kim, 52, slipped into his direct message of Usman, a 34-year-old artist from Nigeria, and that is where Kim was smitten and wanted Usman to be her lover. Usman took a while to commit to Kim, but once he did, she understood their age difference and cultural issues would make marriage difficult.

Also Read: 90-Day Fiancé: The Couples Who Blossom Their Relationship In 2022 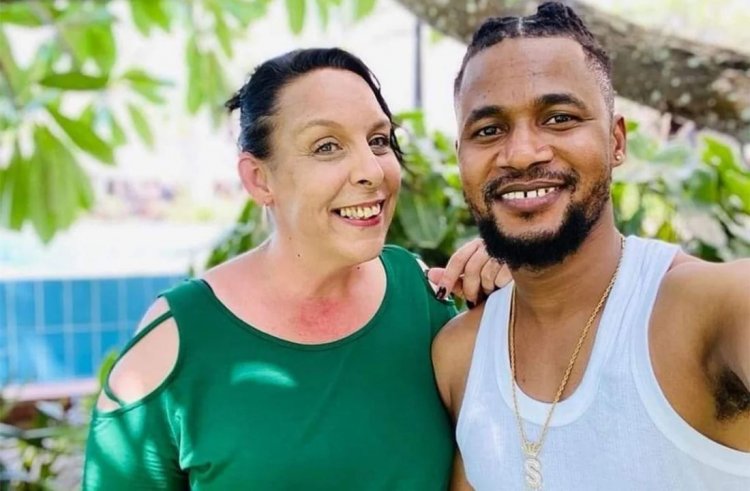 Kim and Usman were still in Nigeria at the time of the fight, and Kim was anxious about the adoption process when Jamal Menzies left for the United States. The 90 Day Fiancé star Kim seemed bothered by Usman's customary joking nature during this stressful time. Usman claimed they were joking as he was packing up when he noticed Kim had left the room messy and unkempt. However, Kim yelled back and repeated what Usman had said regarding her weight, gait, and the need for an abdominoplasty. At that point, tensions between Kim and Usman erupted when she challenged him about how, despite her sacrifices, he was failing to treat her with respect.

Usman and Kim sacrificed for each other

Kim constantly reminds Usman that she has "sacrificed all" by traveling from the United States to Nigeria. Still, she forgets that Usman has sacrificed a lot to be with her. Usman decides to adopt his brother's child, not Kim, and she doesn't appreciate that. Usman defied his family's traditions to be with Kim, even though he could have easily married a lady his age who could have given him a child.

For the same reason, Usman desired a second wife but didn't do it to appease Kim. Not to mention the jabs his community is throwing at him since he decided to remarry an older woman after his first marriage didn't work out with Lisa Hamme.

Usman's wife, Lisa, who has purportedly removed from 90 Day Fiancé for using a racist epithet against him, had already insulted him. Usman, who consistently disappoints Kim, purposefully started seeing an older lady when, if he desired a Green Card, he might have chosen to start dating Zara once more. It appears like Kim keeps track of everything she has ever done for Usman so that she can use it against him later on.

Usman appeared to have had enough of Kim's toxic energy this time, despite Kim's best efforts to deceive him by taking off her ring and assuring him she was finished. Usman anticipates that an older woman like Kim will exhibit maturity and refrain from acting immaturely, which is all Kim does. Although it hasn't been officially verified, Kim and Usman's Instagram conversations imply that they did.