Kate, one of the three kids of entrepreneur parents:

The Duchess of Cambridge is well-prepped for her royal role.

Kate Middleton has had a lifetime to learn from Queen Elizabeth, first as a subject from afar, then as a royal family member for 11 years.

Although her roots are not royal (as the oldest of three kids of entrepreneur parents, she grew up in a rich but not aristocratic family), her instincts are, including a natural affinity for connecting with the public. 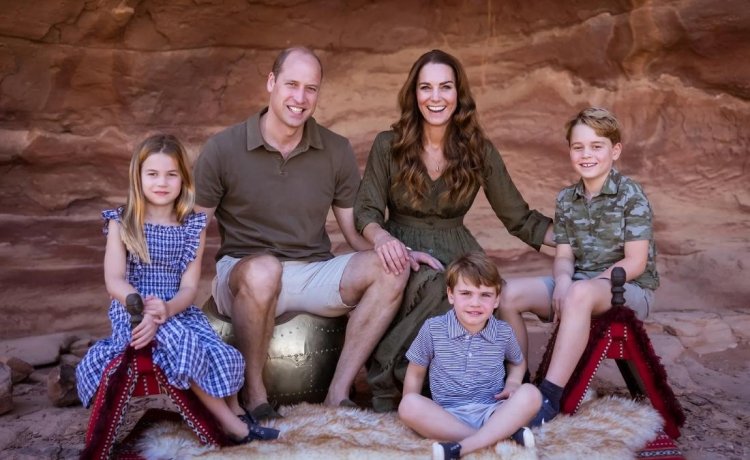 Per PEOPLE, the author and historian Amanda Foreman said, like the Queen, Kate is "able to make each individual feel that they are being seen for the three seconds she talks to them."

This quality, adds Foreman, "projects immediacy and makes it feel intimate, which is amazing, there are people who simply can't do that. It is training plus innate talent."

An insider says, "Catherine always does her homework and doesn't go on visits on a wing and a prayer. She has read the papers and puts in the effort. She is a hardworking person."

As patron of several charitable organizations, the Duchess of Cambridge stays informed on key projects and initiatives and spotlights their work through her various engagements.

Kate Middleton is also a modern woman who is nonetheless amenable to the centuries-old power structure of the family business.

The author of Elizabeth: Queen and Crown, Sarah Gristwood, said, "It's a personal willingness to conform to the requirements of the institution. That sounds like an unappealing, unglamorous virtue, but it's an important one if you're going to be a successful cog in the royal wheel."

Not one to hand down explicit "lessons," it's unlikely the Queen has ever formally tutored Kate. Instead, Gristwood said that the Queen may have approached her relationship with Kate the way she does with prime ministers.

Gristwood says, "The Queen has always preferred to do rather than to say."

The Queen's biographer Sally Bedell Smith adds, "Catherine has learned by observing. She knows what resonates. She will have absorbed a lot from this Queen."

Although they are separated in age by 56 years, the Queen and Kate share key qualifications for the job: unerring discretion, quiet stoicism, and firm loyalty. Their opinions on contentious political issues are never heard; their commitment to the throne is unwavering, and their public images are tightly controlled. Kate also embodies the Queen's unofficial motto for public life: "Never complain, never explain."

As the Queen begins her summer holiday at Balmoral Castle in Scotland this week, a couple of months after her 70 years on the throne was celebrated across the U.K. and the world; she's doing so with confidence in the fact that Kate and her husband Prince William are ready for their royal duties in the months and years ahead.